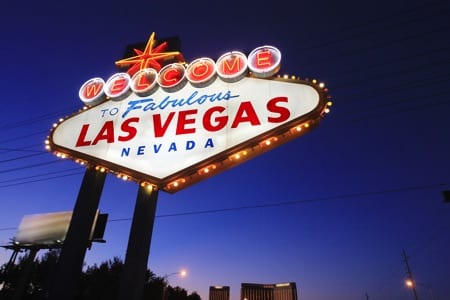 Ask one hundred people to name a city where you’ll find a host of casinos and the vast majority of them will be sure to say Las Vegas. It is synonymous with gambling and has been pretty much since the first ones began to open their doors there, but is it actually the biggest casino city in the world?

Obviously the answer to that depends on what metric it is that you’re using to decide upon what makes a city the ‘biggest’. Are we looking at the physical size of the city? The turnover that each city enjoys on a yearly basis? The number of visitors that travel there? More importantly, are these factors different from each other?

Let’s start by taking a look at the cities themselves individually before we start to look at how they compare to each other. Realistically, there are three main cities that deserve to find themselves on this list: Las Vegas, Macao and Atlantic City. Whilst there are other cities that certainly have casinos, such as London and Los Angeles, these are the three most famous.

We’re writing this piece in May of 2020, so it’s entirely possible that the facts could have changed by the time you’re getting around to reading it. Even so, they were correct at the time of the article’s publication.

Where else to start but with Sin City itself? Brash, extravagant and with a unique atmosphere, there’s a reason why Las Vegas is considered to be the gambling Mecca of the world. Vegas decided to abandon any sense of realism many moons ago and nowadays a wander down the strip will see you confronted with the likes of a miniature Paris and a New York with a roller-coaster wrapped around it.

Only Times Square in Manhattan beats the Las Vegas strip in terms of being a popular place in the United States of America for tourists to head to. It is home to some of the largest hotels and casinos on the planet, being a brightly lit oasis in the middle of the Nevadan desert. With the likes of the MGM Grand, the Rio and New York, New York adorning the strip, visitors are spoilt for choice when it comes to where to head in Vegas.

When it comes to talking factually, Las Vegas is also on this list because it boasts a huge number of casinos within its borders. Of course, one thing you have to decide is what exactly constitutes ‘Las Vegas’. Are we just talking about the strip? Are we looking at the city as a whole? Or are we taking in the entirety of the Las Vegas valley? Here’s how the areas break down when it comes to casino numbers at the time of writing:

Even those numbers could be disputed, though. What exactly do you count as a casino? Is a local bar that offers a couple of video poker machines and a slot machine a casino? Not according to the Nevada Gaming Commission, which gives “unrestricted gaming licenses” to businesses that have more than fifteen slot machines or one with table games.

How do those areas compare to each other in terms of revenue generated? According to the Nevada Gaming Commission, revenue for each looked like this in 2019:

You can see, then, that Las Vegas Strip is the real money-maker for the area in terms of gaming revenue, bringing in more than the other three areas combined. This does include the revenue of massive venues, such as the Hard Rock and the Palms, which aren’t technically on the strip but are close enough to be included. The strip, therefore, accounts for 56% of Nevada’s gaming revenue.

As for the biggest casino in Las Vegas? For that you will have been looking at the Wynn and Encore complex, located at the north end of the strip. It is set over 186,187 square foot of space, according to information from the State of Nevada Gaming Control Board. It was taken over when the Palazzo opened up as part of the Venetian resort, resulting in a combined gaming floor of 243,684 square feet.

Sufficed to say, there is plenty of choice on offer for the more than forty million people that head to Las Vegas each year. The figure stood at around forty-two million in 2018 and then went up to over forty-nine million in 2019, proving that it is one of the most popular destinations for gamblers on the planet. The only real question as far as we’re concerned is whether it is the biggest.

If Las Vegas is not going to be declared to be the biggest casino city in the world by our metrics then there’s only one that is likely to take the top spot in its stead. Macau is similar to Hong Kong insomuch as it is a special administrative region of China and therefore operates in a slightly different way to the mainland. If Las Vegas is Sin City, then Macau is the Monte Carlo of the Orient, with the casinos bringing in huge amounts of revenue.

At first glance you’d be forgiven for thinking that Macau was nowhere near being able to rival Las Vegas, given that it only has forty-one casinos, which is fewer than on the Las Vegas Strip alone. Yet seven of the twenty biggest casinos in the world are in Macau, with the casinos as a whole contributing more than 50% of the city’s entire economy, so it’s not as though we write it off in its entirety just because there are more in Vegas.

Largest Casinos in the World

The following seven hotels are the ones that find themselves on the list of the twenty largest in the world:

In fact, the hotels are so big that five of them are bigger than any Las Vegas Casino. In fact, it is only Starworld Hotel & Casino and Wynn Macau on that list that aren’t bigger than Vegas’ largest casino, the MGM Grand.

How about revenue, then? Does Macau compete with Las Vegas when it comes to the amount of revenue brought into the city by its casinos? On that front, Las Vegas can actually barely compete. According to Statista, Macau’s casinos generated in excess of $29 billion dollars in 2019, dwarfing Las Vegas on that front.

What about numbers of visitors? According to reports by the Public Security Police, the city welcomed more than thirty-nine million tourists in 2019, which was about 10% more than had visited the year before. It means that it’s still fewer than went to Las Vegas, but not by a massive amount. It also should be acknowledged that people might go to Macau for reasons other than gambling, but that’s less likely to be the case in Las Vegas.

Perhaps the biggest difference between Macau and Las Vegas is that, whilst Vegas certainly attracts its fair share of high-end gamblers, Macau is more generally skewed towards appealing to high-rollers. That is why the city is able to dwarf Vegas’ gaming revenue in spite of the fact that there are fewer people actually going into the city each year than head to the place Elvis once described as a ‘bright light city’.

Atlantic City will always be looked at as the poorer sibling of Las Vegas, not least of all thanks to its ties with organised crime seemingly from the get-go. It is, however, the go-to place for East Coast Americans hoping to have a flutter who don’t want to make the trip to the other side of the country. It lacks the glitz and the glamour that it once boasted, to say nothing of coming a distant third on this list in terms of sheer numbers.

At the time of writing, there are just ten casinos that are still open in Atlantic City, split around the area somewhat unevenly. Here are the different ones and the part of town you’d find them in:

*The Wild West is technically part of Bally’s, but the Atlantic City population consider it to be a different casino. The casino floor is the combined size of both venues.

In terms of square footage, then, Atlantic City’s casinos can stand up to those in Las Vegas and Macau. The MGM Grand, for example, is one of the largest in Vegas and the gaming space stands at 171,500, which is only slightly bigger than some of those in the New Jersey city. The casinos need to be reasonably big in order to have enough space for the twenty-seven million or so people who visit the city each year.

When it comes to revenue, Atlantic City definitely loses out to both Las Vegas and Macau. In 2019 the Press Of Atlantic City published that the region boasted a gaming revenue of $3 billion. Whilst this obviously isn’t to be sniffed at, it is less than half the amount made by the Las Vegas Strip in the same period of time. It shows a city that isn’t what it once was in terms of being a gambling global powerhouse.

How Does London Compare?

Now that we’ve looked at the three biggest gambling cities in the world in terms of reputation and other factors, let’s have a look at how London compares. Though far from being considered to be one of the biggest casino cities, there are actually 24 such venues in England’s capital. Unlike Macau and Las Vegas, meanwhile, it is much harder to discern the amount of money made by London’s casinos.

Instead of outlining what the amount is specific to London, the United Kingdom Gambling Commission looks at the total Gross Gambling Yield for casinos in general. Even so, we can tell that the amount is significantly less across the entire country than even Atlantic City managed to bring in, with the data for April 2018 to March 2019 standing at around £1.1 billion.

Here’s a table looking at all four cities, then, to give you some idea of where London fits in and which of them is the biggest depending on the factors looked at:

You can see, then, that Las Vegas has the most casinos and attracts the most visitors each year, so does that make it the biggest casino city in the world? Or does the fact that Macau’s revenue from its casino dwarves that of Sin City mean that it is the biggest? It also boasts the largest casino in terms of the square footage of its gaming floor.

The battle for the honour is likely to be one that will range on indefinitely, with Vegas and Macau constantly over-taking each other in the bid for the top honour. The question for Atlantic City is whether its days as a casino destination are well and truly over or whether it will recover and be revitalised at some point in the not too distant future.