Elsewhere on this site you can read an article about riverboat casinos and the manner in which they work. Of course, they aren’t the only floating vessels that allow you to place a bet or two, with cruise ships often having casinos on board. You might think that the rules when it comes to gambling on board are open, due to different laws applying at sea, and to an extent you’d be right. Yet it isn’t as simple as you’d imagine, with most of the rules and regulations that apply to cruise ships depending on the sea that they’re floating in.

If a ship is in waters belonging to a country where gambling is legal, for example, then the rules are fairly relaxed. If, on the other hand, it is in waters where gambling isn’t allowed, then things can become a little bit more complicated. The good news for you as a passenger is that this isn’t something that you need to worry yourself about, given the fact that any casino on offer will be opened or closed depending on the rules. That being said, it is always helpful to know what you are and aren’t allowed to do when you’re on board.

The Legality of Cruise Ship Betting

The first place to start with any conversation about betting and gambling is by taking a look at the law. When it comes to placing a wager whilst at sea, things are complicated by the fact maritime law rules. Most of the rules and regulations that dictate what happens at sea were drawn up hundreds of years ago, so there is an extent to which some of the diktats are somewhat antiquated. A simple rule of thumb is to remember that the laws that are in place whilst you’re at sea are those of the country with which the ship is registered.

Gambling Rules Depend on Where Ship Is Registered or Docked

In other words, if the ship is registered to a country where gambling is legal then it is likely that you’re going to be allowed to gamble legally whilst on board. Equally, if gambling is illegal in the ship’s country of registration then it’s fair to say that you’re almost certainly not going to be allowed to have a bet on board and have that bet remain legal. Where things become even more complicated is when a ship docks, at which point it becomes governed by the country at which it is docking and the laws of that territory apply.

Must Obey the Laws of Whatever Territory They Are In

Depending on the country and the laws that it applies, a ship has to obey the laws of the territory once it has encroached on its coast by a certain distance. This can be anything from three miles to 12, but once the ship is within the correlating distance of the coastline the laws of the land take over and gambling may or may not be permitted as a result. This means that a ship shifting from international waters to territorial waters will then be governed according to the territory, which applies to gambling as much as everything else.

It isn’t just whether or not you’re allowed to gamble that will be dictated by the country that the ship is registered to. A ship that has its registration in the United States of America will require bettors to be 21 years of age in order to gamble, even if it is in international waters. If it is registered in the United Kingdom, meanwhile, then bettors can take part in gambling activities as long as they are aged 18 or over. If you’re hoping to place a bet whilst on a cruise, it will pay dividends to find out which country the ship you’ll be sailing on is registered in.

The Regulation of On-Board Casinos

If you’re betting on land and you have some sort of problem, you’ll be able to find out pretty easily who it is that you need to get in touch with in order to get some sort of resolution. When you’re on a ship, however, it might seem significantly more confusing. That is because land-based regulatory authorities don’t really have any jurisdiction on a cruise ship, with the Cruise Lines International Association being the body that you’ll need to turn to if you have some sort of problem. That is the biggest trade association in the industry.

The CLIA is responsible for the likes of the equipment used in on-board casinos, the rules of play and even the internal audits of cruise ship casinos. Usually, the authority will follow the control board standards of the area in which the ship operates. If you have an issue on board then make sure to speak to the pit boss first and foremost. If they can’t help then you might wish to speak to the casino manager, with the next stop being the hotel manager or the hotel director, depending on the title given to them by the ship you’re on. 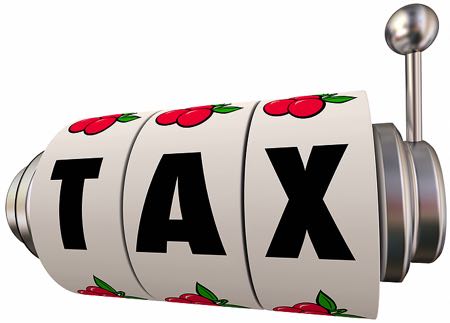 As you will almost certainly know, casino winnings are not subject to tax in the United Kingdom. This means that if you win money, whether it be through playing the lottery, thanks to a bet on horse racing or courtesy of an accumulator that you placed on some football matches, your winnings are yours to keep. That isn’t true of all other countries, however, with the United States of America famously taking its share of winnings for the Internal Revenue Service. You won’t be overly surprised to learn that this is a complicated answer.

The first thing you need to consider is how worthy of the cruise ship operator’s time it is to fill in the necessary paperwork over your winnings. Imagine you place a £5 bet on the blackjack table and win, walking away having doubled your money. Are they really going to insist that you should fill out paperwork on that money? At the same time, picture a scenario in which you trigger the jackpot on a slot machine and win, say £2,000. If that were to happen, there’s a good chance that you will indeed be given a pen and some paper.

Where the casino operate is based will be one of the key factors in terms of whether or not you’ll need to declare your winnings, as will be the location of the ship at the time of the win. The authority in charge of the ship will be the dictating factor, but it isn’t an easy thing to understand. If you win money whilst in British waters then you won’t need to pay any tax, whilst a win in waters belonging to the US will mean that you probably will have to. The location of the ship’s registration will be the key thing in most instances, however.

Do All Cruise Ships Have Casinos?

It is fair to say that not every cruise ship on the water will have a casino. If you’re sailing on a cruise ship that is sailing out of, and registered in, a country where gambling is illegal, the chances are slim that you’ll be able to place a bet whilst on board. It isn’t just the country of origin nor the place it is registered that will dictate whether there is a casino on your cruise ship, though. If the ship is themed in some way then it is unlikely that it will have a casino if that doesn’t fit in with the theme at hand, such as Disney.

The size of the ship that you’re on will be one of the crucial factors when figuring out how big the casino on board will be. If it is a small ship then the casino will be small to be accommodated, whilst if it is huge then the chances are that the casino will be impressive to match. That isn’t always the case, of course, but it is a useful rule of thumb to operate from. Most cruise ship casinos will offer you the ability to play on slot machines, as well as have a number of tables at which you’ll be able to sit down and participate in some play.

From roulette to blackjack via Texas Hold’em and Let It Ride, there are usually a variety of games on offer. Whether it will be a human dealer or electronic table games will depend on a number of factors, up to and including how modern the ship is. The only thing that is different in a cruise ship casino compared to one on land is the fact that there are rarely high roller areas. Should there be a number of high rollers on board then some play can usually be organised, but there’s unlikely to be a dedicated area for them to head to.

The Size of On-Board Casinos

The reality is that most cruise ships aren’t going to offer you a casino of the same size as the ones you’ll find on land. That makes sense, of course, given the fact that they have much more limited space with which to operate. It doesn’t meant that you won’t be impressed with some of the ones on offer, though. It is also fair to say that the games on offer will mostly be the same as you’d find in a land-based casino. Here is a look at some casinos on cruise ships and their size, to give you a sense of what you can expect:

As you can tell, there is a huge amount of variety from one cruise ship to the next in terms of what you can expect to experience on board. The more table games there are, the more different games you’ll be able to play whilst you’re sailing. The slots will usually be fairly modern and offering lots of different options.

Things to Think About

If you’re thinking of going on a cruise specially to gamble, there are a few things that you might want to think about first. Cruise ship casinos need to strike a balance between attracting customers and wanting to make money. As a result, some of the tables will have low minimums, hoping to ensnare the odd casual punter that wonders past and decides to have a quick game of blackjack or to play some roulette. That is obviously good news for people that know what they’re doing, but limits your ability to make big bucks.

The key thing to look out for, though, is the Return to Player percentage on the slot machines. Unlike in Las Vegas or Macau, where there are dozens of casinos competing for your business, a cruise ship casino knows that you either bet there or you don’t bet. As a result, the RTP% on most slots will be much lower than you’d find in a competitive land-based venue. It doesn’t meant that you shouldn’t play if you want to, but you should be aware that you won’t be getting a good return on your investment.

Previous Post: « What Are Riverboat Casinos & Do They Have to be Sailing For You to Gamble?
Next Post: Real Life Casino Heists: Six Times the Casinos Were Robbed for Real »