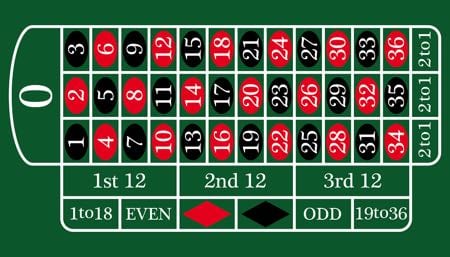 It’s easy to understand why those of a paranoid persuasion might start to question the legitimacy of online games if they haven’t won on them for a while. After all, the whole point about things that are computerised is that you can’t see the human involvement and that might begin to play on the minds of people who don’t understand why they’re not winning money every time they play.

The short answer is that, provided you are using a legitimate and licensed casino, the roulette will not be rigged. Nor, for that matter, will any other computerised or online casino game that you choose to play. Aside from anything, the House Edge means that there is no need to rig a game, given that casinos are almost assured to make money over the long term. We’ll explain all of that in more detail here.

What Is the House Edge?

Let’s start with a quick look at the most important topic of all and the one that helps to explain why online games are not going to be rigged: the House Edge. Sometimes referred to as the vigorish or vig, the House Edge is an in-built advantage that the casino has that means that it’s usually always assured to win in the long-run. In short, the casino doesn’t pay out at ‘true odds’ and this allows them to earn money over time.

Every casino game has a House Edge, with some being lower than others. In roulette, the House Edge is provided by the presence of the green zero. That means that a player betting on both red and black for every spin would eventually lose their money when the ball lands on the zero. The House Edge for European roulette stands at 2.7%, which is the secured net win that a casino would make over time. 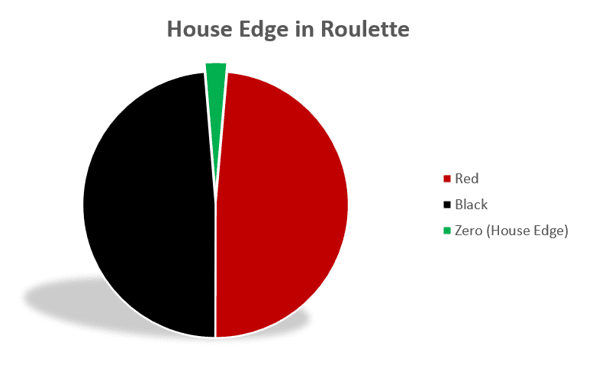 The key thing to remember when it comes to the House Edge is that it’s all about time. You could easily walk up to a roulette wheel and win every single bet that you place during an hour’s worth of play. The way that balances out is that someone else could play for an hour and a half and not win a penny. In the long-run, over thousands of bets and hundreds of hours, the casino will take a net win.

Each Spin of the Wheel Is with a Clean Slate

The thing that many people struggle to accept when it comes to roulette is that each time the wheel is spun it is done from a clean slate. Whilst there will be certain things that are consistent, such as the power with which a croupier flips the ball or the speed at which the wheel is turning, there are enough variances involved in roulette to mean that each spin of the wheel and tumble of the ball is its own unique event.

That is something that online casino games take into account, with the Random Number Generator involved ensuring that it mimics real life as much as possible. Because the game is essentially reset to the beginning before each spin, there is just as much chance of any number coming up. The fact that the ball landed on seventeen during the previous spin doesn’t mean there’s less chance it will do so this time.

It’s difficult for some people to understand that concept. For many, the fact that it’s landed on red ten times in a row means that it has to be black sooner rather than later. It seems illogical for it to be anything else to those people, failing to realise that the slate is wiped clean before every spin. Neither the ball nor the wheel has a memory of what’s gone before, so what comes next isn’t linked to what happened previously.

It also doesn’t help that you’ll rarely go to a casino and see the ball land on number seventeen repeatedly. Just because it can happen doesn’t mean that it will, after all. The main point is that it could happen in theory. The ball landing on red ten times in succession when the player has been betting repeatedly on black may well lead them to feel as though the game is rigged when it’s most definitely not.

The Casino Has No Control Over the Game Server

Another reason that you can be reasonably confident that a game has not been rigged if you’re betting with a reputable online casino is that the games tend to take place on the software provider’s servers. This means that they can’t be rigged, tampered with or in any way manipulated because the security procedures put in place to protect the game’s integrity simply won’t allow for that to happen. 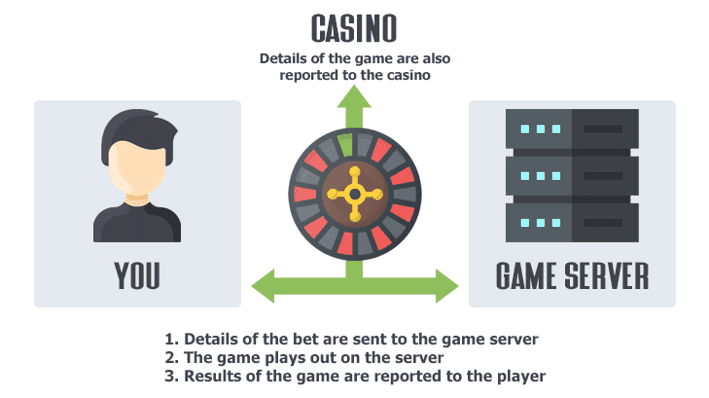 It’s not like the software will be open for manipulation from a bad party who has decided to rig the game in their favour. If such a thing was found to be happening then the software provider would lose its licence to operate and almost certainly face a fine and legal proceedings. It just wouldn’t be worth allowing someone to fix the game in their favour given the money that would be lost long-term.

Software providers are also regularly audited. Professional, independent companies will come in to check the results and to make sure that everything in an online game is playing out fairly as far as the players are concerned. Again, any slight fault or problem would be flagged up by to the software provider and dealt with, because failing to do so would see them lose too much money to risk it.

For most people, the amount of time that they spend betting on roulette online will be relatively short. That is to say, you could spend eight hours wagering on online roulette, but that is only a fraction of the time that the roulette wheel will be spinning for. The result of that is that there will be a large sense of volatility in the numbers that come up compared to if you looked at the result for ten thousand hours of spins.

So, whilst it feels somewhat extraordinary, it is in fact not. The volatility on the table over such a small period of time will often throw up strange and odd looking patterns. It’s only if you were to look at results of thousands of hours of spins that you would have cause to be suspicious if the same patterns were still in play. If the ball was regularly landing on the same side of the wheel, for example, then there might be a slight lean.

Just because the odds of it landing on red or black are just shy of 50/50 doesn’t mean that it will actually happen fifty percent of the time over a small period. It means that it should happen over a much longer period of time, which is why that’s what casinos base their secured net wins from the House Edge on. Short-term, casinos have to be prepared to make a loss that will provide a net win over the long-term.

What Are the Odds of Spinning All Red or Black?

Having explained all of that, we can look at the actual numbers when it comes to something like that happening. It’s obviously worth pointing out at this point that all of these odds are based on the European roulette wheel, which has just one zero. American roulette wheels have two zeros and the odds therefore shift further in favour of the House with the use of those wheels.

In this table, we’ll look at the odds of the ball landing on either a red or black number with each spin of the wheel:

The stats are also based on a single roulette wheel, not multiple wheels. What we’re talking about is the likelihood of these things happening over a group of ten spins, as opposed to being per X number of spins. To put that another way, if we were to spin the roulette wheel ten times then the chance of it coming up red ten times in succession is 1 in 1,347.

How Do the Odds Compare 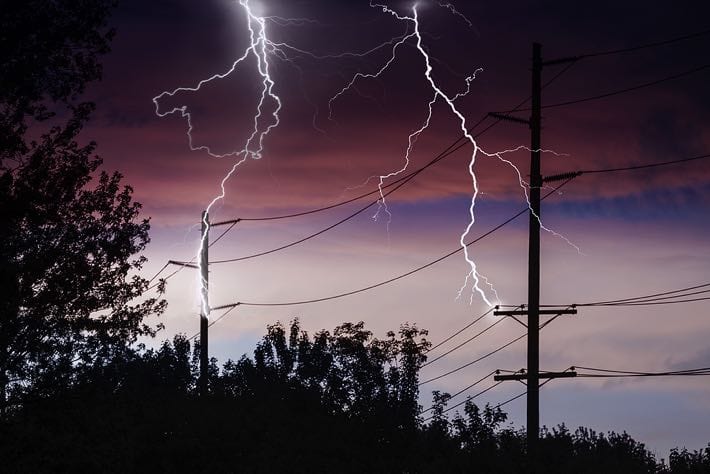 Witnessing something that has odds of 1 in 1,347 might seem like a rare thing, but in actuality it’s not as rare as it seems. For example, the odds of someone in the United States of America being struck by lightning are 1 in 15,300. Similarly, the odds of being involved in a plane crash are around 1 in 5.4 million. It’s obviously better that the chances are far slimmer that you’ll be in a plane crash than land red ten times in succession!

The point is that in the moment that it’s happening to you you can feel as though it’s an absolute nonsense, but realistically, it’s simply not that uncommon. It would be far more uncommon to see the zero come up a number of times in succession, given that the chance of that happening comes five times in a row in at about 1 in 69,343,957. You’d actually have more chance of winning the National Lottery.

Online Roulette Is Not Rigged, But..

As you may well have gathered, the likelihood of online roulette, or indeed any other online game, being rigged is extremely low. If you choose to use unlicensed or unregulated sites for your online gambling then the odds of it being rigged in some way will go up, but it’s still probably more trouble than it’s worth considering there’s a secured net win involved anywhere. Regardless, you’re best off sticking to licensed sites.

It might feel as though the game is stacked against you when you’re not winning, but when you remember the old adage that ‘the House always wins’, you’ll realise that what’s happening is nothing more than what you’ve been told all your life. There’s a reason some people look for things that will shift the percentage odds in their favour, but the wheel coming up ten times red in succession just means you’ve been unlucky.

Previous Post: « What Is Draw Bias in Horse Racing?
Next Post: Donkey Racing & Other Weird Things People Bet On »