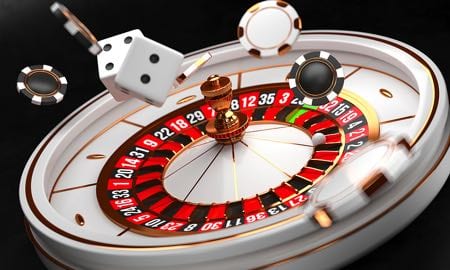 Head online with the plan of using a casino and you’ll soon be greeted with a wealth of sites that look very similar, if not close to identical. Whilst physical casinos that are part of the same chain will use the same carpets, slot machines and restaurants to give customers a sense of familiarity, they will differ from each other in numerous ways because the layout of the buildings they’re in will be different.

There is no need to make such changes for casinos that are entirely online, which is why software providers are willing and able to essentially build identical online casinos that whoever buys them will simply put their own branding on. For a time, buying such a white label service was what most companies were doing for a cost-effective way into the world of online betting, but are those days starting to be numbered?

What Is a White Label Casino? 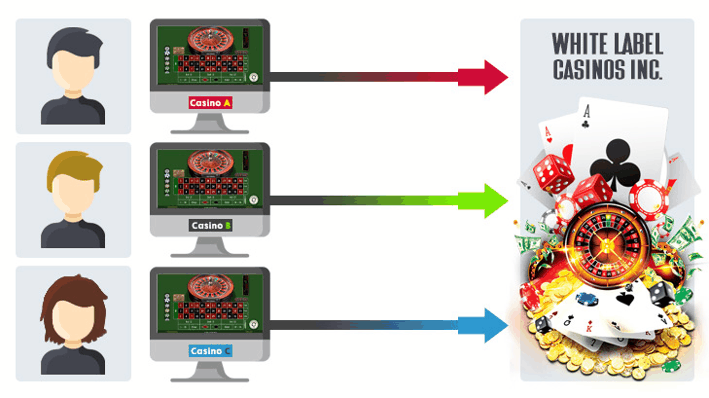 Before we get too far into the nitty-gritty of why white label casinos appear to be biting the dust, let’s start by taking a quick look at what one actually is. In short, a white label casino is a product that has been designed by a company with the specific intention of either selling or leasing it to another company that they’re then able to market as their own. It is, in theory, a win-win scenario.

The company that is creating the product is able to focus on making it the best version of itself that it can be, whilst the company buying it can invest the spare time and money into marketing and getting it up and running. The white label creator is usually responsible for setting up and operating the new casino, whilst the client will add its own brand and marketing to things. Each party involved makes money from it.

As far as the creator is concerned, they can ensure that they make more money buy providing the same skeleton casino to any company that wants to buy it, offering a selection of choices that can be put on top of the basic site to make it unique. The efficiency of such a site combined with the low operating costs make it a no-brainer for the purchasing company, as does the fact that the provider is responsible for the licence.

Whilst white label casino solutions might work well for both parties, there are noises emerging from sections of the industry that seem the suggest that not everyone is pleased with what they offer for consumers. The Social Market Foundation released a report at the start of August 2020 that offered some policy recommendations to the government ahead of its review of the 2005 Gambling Act.

It is the first point on that list that should sound warning bells for white label operators, not least of all because the report highlights their existence specifically. In talking about the eroding of the integrity of the British gambling licence, the report calls for both a mandatory kitemark for licensed operators and for ‘an end to the so-called ‘white label’ scheme’. If the government listens to the report’s recommendations, that could be trouble for some.

Of course, there’s no guarantee that the government will take on board all of the recommendations made by the Social Market Foundation. It is simply a think-tank that promotes evidence-based policy, so there is nothing forcing the British government to do what it recommends. Even so, it is not good news for white label companies and comes amidst other moves that suggest the end could be nigh.

Why the SMF Thinks White Labels Are Bad News

The Social Market Foundation hasn’t just announced that it thinks white labels should be scrapped without offering any sort of explanation, of course. The organisation feels that the white label solution is one that essentially allows an operator to access the British market via the back door, thanks to the fact that it is the white label creator that has to have an operating licence rather than the company giving it its branding.

When looking at the reasons for an erosion of trust over the quality of the British gambling licence, the SMF highlighted the following point in a list of four:

Operators which do not have UK licences and which are based entirely offshore, but which are able to access the UK market through so-called ‘white label’ arrangements with UK licence holders.

The report highlights the problems that can crop up because of white label operators, such as the fact that companies are using them to sponsor lesser Premier League teams in order to sell their wares in Africa and the likes. Examples include Everton being sponsored by SportPesa and Newcastle United signing a deal with Fun88, neither of which were actually licensed by the United Kingdom Gambling Commission.

The white label company that provided both of those sites to the companies involved essentially game them a ‘loophole’ that they could exploit for marketing purposes, with underage gambling rife in Africa according to a BBC documentary on the subject. The big guns of the industry, such as William Hill, have moved to differentiate themselves from these white label operators.

It’s not just the SMF’s report that seems to be hinting at an end of the road for white label casinos. In May of 2020, for example, the United Kingdom Gambling Commission fined the operator FSB Tech, which held a UK-licence, £600,000 on account of the company not having ‘sufficient oversight’ of its white labels. The UKGC confirmed that companies would face fines if ‘third-party websites’ were not well-managed.

It’s hardly surprising that white label casinos grew in popularity, given the fact that they allow anyone who can afford it to set up a casino and essentially guarantee themselves a net win. The problems arise when companies such as FSB Tech fail to carry out sufficient checks on who is operating them and then fall foul of money laundering and social responsibility rules that the UKGC has put in place.

Major Operators Are Shutting Up Shop

Whilst the fines issued to white label operators will be a cause for concern for many, even more alarming is the number of operators that have begun to pull their white label offerings. In December of 2019, for example, EveryMatrix announced that it was going to be closing four of its white label operations in Denmark. Ostensibly, that was in order to focus on the company’s business-to-business operations, but signs suggest otherwise.

For starters, the move in Denmark came a few months after EveryMatrix had made the same decision regarding its UK white labels. The UKGC had suspended EveryMatrix’s licence after successive problems with both 1xBet and Blackbet, both of which were white labels. As a result of the licence suspension, the company simply decided to stop operating white labels in the United Kingdom altogether.

Cozy Bingo, meanwhile, chose to drop its white label sites after the acquisition of ElectraWorks. The software brand had launched in 2005, soon emerging as one of the top operators in the world of online bingo. The company was bought by GVC Holdings in 2017, with the surrendering of it licence and the shutting down of most white labels almost immediately, with the best ones switching to the ElectraWorks Subsidiary.

There are numerous reasons why white label providers have started to shut down their operations on that front in recent times. Indeed, an investigation into each company that has done just that will provide you with a different reason almost for each one. Yet one of the chief issues that white labels have been up against is an increased regulation of the market since the 2017-2018 period.

As an example, Viral Interactive, which is a subsidiary of the Finnplay Group, announced in March of 2020 that it would be ceasing operations of white label solutions in both Sweden and the United Kingdom as well as other regulated markets. When discussing why the decision had been taken, the Chief Executive Officer, Martin Prantner, said that it was due to the ‘tightening regulations in these territories’. Prantner said,

We regret the decision to close our white label operations in these markets, especially after having successfully co-launched many exciting brands over the years. However, being realistic, market conditions are not favourable for smaller operators in an ever-tightening regulatory framework resulting in diminishing profitability.

In a market where net wins are king, it is the last sentence that is the most telling. ‘Diminishing profitability’ is not something that any business wants to be tied up with. The added problem for white label providers is that the United Kingdom Gambling Commission has confirmed several times that the buck, ultimately, stops with them. Any wrongdoing by clients will be held against the licensees involved.

There’s a Move Away from B2C Model

The result of increased regulation for white label providers is a decision to move away from a business-to-customer model. A company that operates white label solutions is responsible for everything, from recruiting affiliate marketers through to the customer service side of the business. Having to do that for so many different companies is eventually going to be overwhelming for all but the biggest firms.

As a consequence, a score of white label casino developers have decided to move away from the business-to-customer model in favour of a business-to-business one. Removing the need to operate online casinos on behalf of other brands means that there is an increased amount of time to work on and develop games and products. By ensuring these are of the highest quality, there is an increased chance they’ll sell for more money.

Will White Labels Die Out?

The obvious question, then, is whether or not it is likely that white label casinos will die out altogether. The answer is ‘probably not’, for the simple reason that they’re too lucrative and too good a money-making system for firms to walk away from them entirely. Instead, what is far more likely is the idea that there will be a more focussed approach to the white level system moving forward.

Whilst white labels have been seen as an easy way for companies or individuals to get involved in the online casino industry, the consequence has been that it has become a highly competitive area for gambling. Hundreds of casinos are launched regularly, with many failing just as quickly. That’s helps to explain both why the practice is becoming less popular but will also struggle to die off completely.

Previous Post: « When to Double & Split in Blackjack
Next Post: What Is the Starting Price in Horse Racing? »