Mention the EPL in most circles and the majority of people present would, understandably, think you were talking about the English Premier League. Indeed, that is how the top division of English football is referred to in a lot of foreign countries. In actual fact, however, the EPL usually refers to the ePremier League, which is a collaboration between the Premier League and Electronic Arts. Also known as EA, Electronic Arts is the company behind one of the most popular football-themed computer games.

The Launch of the ePL

A competitive gaming tournament that saw the Premier League and Electronic Arts officially come together, the ePremier League was launched during the 2018-2019 season. More specifically, it was opened to FIFA players based in the United Kingdom that were aged 16 or over in January of 2019. It took three months for the competition to be played out, with live Play-Offs and a live final taking place in March of 2019, with all players heading to London to take part.

The competition was available to players of FIFA, irrespective of whether they played the game on Xbox One or PlayStation 4. They played FIFA 19, which was the latest iteration of the game at the time. The winner in the inaugural year was a player who went by the name of Fnatic Tekkz but whose real name was Donovan Hunt. The Liverpool supporter defeated Kyle “KyleLeese_” Leese in the final by a score of 6-2, which will have pleased fellow Liverpool fans given Leese was representing Manchester United.

Now It Is Established

Though a relatively young competition, the ePremier League is now well-established. Players of FIFA on the Xbox One go head to head to become the best player on that console, with PlayStation 4 players doing the same thing on their favoured console. The winners of each discipline then go up against one another, playing not only for club pride but also to ‘prove’ which console is the better one for gameplay. The tournament returned using a similar format in 2020, this time playing on FIFA 20.

The health situation around the world meant that the finals couldn’t take place until August of 2020, having originally been planned for March. The world’s eight best FIFA players went head-to-head, once again seeing the PlayStation 4 players on one side of the draw and the Xbox One players on the other. Fnatic Tekkz was once more there representing Liverpool, drawn to play Jamboo of West Ham United in the quarter-finals after defeating Sheffield United’s Huge Gorilla to get there.

Tekkz won his quarter-final 5-4 but lost in the semi-final stage to Marley, who was representing AFC Bournemouth. In the final, Marley was beaten 2-1 by HashtagTom_, there on behalf of Watford and playing on the PlayStation 4. It was a tense final, with the viewership proving that eSports continue to be much-loved by the younger generations. Many players turned to their computers when it was impossible to play actual football because of what was going on in the world. 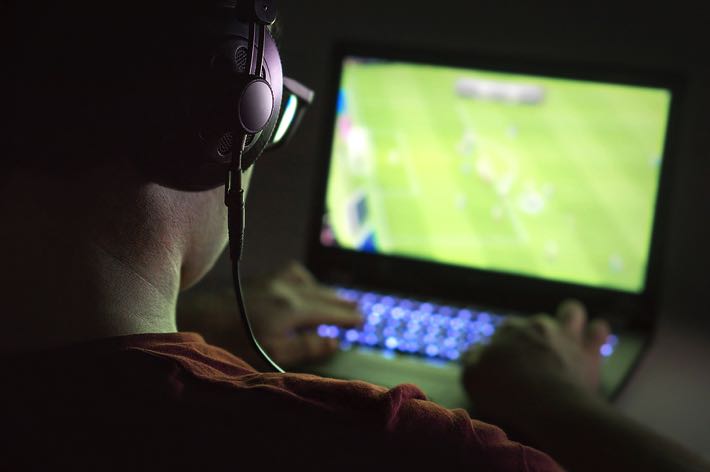 As well as the ePremier League for Xbox One and PlayStation 4 fanatics, the 2019-2020 season also saw the launch of the ePremier League Invitational. This saw Premier League footballers representing their clubs, with the exception of Arsenal and Manchester United. Arsenal were represented at the tournament by singer Josh Francheschi, whilst singer-songwriter Tom Grennan was there on Manchester United’s behalf. In the end, it came down to just two players in the final.

Trent Alexander-Arnold was there representing Liverpool and looking to repeat the trick performed by Tekkz the year before, whilst his opponent was Diogo Jota of Wolverhampton Wanderers. It took a Golden Goal to win it, which was scored by Jota to hand the Midlands team the crown. Perhaps not content with losing out, Liverpool later went on to buy the Portuguese international and added him to their roster in real terms, making the competition to represent them at future FIFA-based tournaments more lively.

The Action Moves to an Arena

The ePremier League grew in popularity so much that it was eventually moved to an arena to allow the gameplay to take place on the biggest stage possible. London’s Gfinity Arena hosted the 40 best players of FIFA on the PlayStation 4 and Xbox One. Once again Fnatic Tekkz was there on behalf of Liverpool but this time lost out to the club’s old rivals when SAF Dragon beat him 5-3 for Manchester United. They then lost 9-3 to FalconsDiogo, playing as Chelsea, before Leeds United’s Ollelito defeated them 3-1 in the semi-final.

On the PlayStation 4 side, the previous year’s champion, HashtagTom_, defeated Stingrayjnr before losing out to RISE Mhaywxrd. Manchester City’s Shellzz won out over Leicester City’s NFG Cosmin and defeated Brighton & Hove Albion player MarcMarleyyy in the quarter-final. Shellzz got the better of RISE Mhaywxrd in the semi-final on their way to a win over Olle “Ollelito” Arbin in the final. It was proof, perhaps, that Manchester City really can dominate every aspect of football.

What Can Be Won

When the ePremier League first got underway, there was nothing on the table other than pride. When Tekkz won that inaugural title, he already had enough FIFA Global Series points to his name to mean that he’d qualified for the eWorld Cup, though he would have earned more if that hadn’t been the case. To demonstrate his dominance, he had 9,895 FIFA Global Series Points at the end of the first ePremier League campaign, with the next best Xbox One player having just 3,844.

By the time the 2020-2021 ePremier League campaign took place, it was no longer just pride that was on the line. Instead, there was a total prize of £40,000 to be split between the winners. That saw £20,000 going to the overall champion, whilst the runner-up won £10,000. The runners-up in the PlayStation 4 and Xbox One categories that didn’t make it the final itself also won £5,000 each. That’s to say nothing of the prestige that is on the line every time an eSports competition reaches its final stage.

As well as a share of £40,000, the best ranked players are also offered places in the EA Sports FIFA Global Series at the European play-off stage. Given that there were also play-offs for North America, South America, East Asia, West Asia, Oceania and South Africa, it’s fair to say that even getting a place in the play-offs for the European part of the competition is a big deal. There are 64 places available for European players on the PlayStation 4 and another 64 for Xbox One players.

How to Qualify for the ePremier League 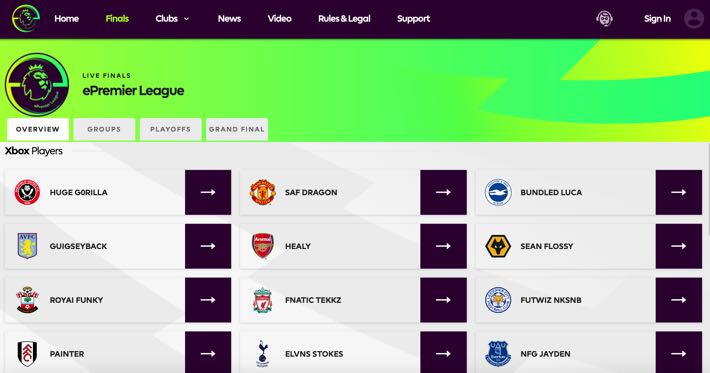 If you’re reading all of this and thinking that you quite fancy a go at qualifying for the ePremier League, it is worth bearing in mind that it is a competition that is aimed at the best of the best FIFA players This isn’t just people that have won the league on Easy mode when playing against the computer at home. Instead, this is for players that dedicate themselves to the game, which is why it is so competitive when it comes to the final stages and the ability to win the whole thing becomes a real proposition.

The first thing that you need to do is register your interest, at which point you’ll be told when the qualification process gets underway. The competition is an open one, so anyone that plays FIFA online can technically qualify. If you manage to do so, the likelihood is that you’ll have beaten some professional eSports players to get there, given most of the numbers are taken up by people that play FIFA and other computer games for a living. This isn’t just fun to them.

As an example, in 2021 the qualification stage took place between January the 4th and the 31st of the month. The qualifying tournament asked players to take part in 90-rated Online Friendlies, using their favourite Premier League club to do so. The level that the game is played at was summed up by Will Brass, the Commercial Director for the Premier League. He said the following:

ePremier League is a great platform for players of all abilities and a real mix of competitors have progressed to the final stages of both tournaments so far. This includes some of the highest-ranked professional FIFA-gamers in the world and relatively inexperienced players who have proved they can take on the very best.

The one thing that is worth clarifying is that, at the time of writing, the ePremier League is only open to people that are in the United Kingdom when the games are taking place. Players also have to be over the age of 16 and play the latest version of FIFA on either the PlayStation 4 or the Xbox One. It’s possible that the consoles in question might be updated in the future, given the fact that both Sony and Microsoft have released new versions of them in recent years.

What If You Just Want to Watch?

Playing FIFA isn’t for everyone, with many people content to be on the sidelines and watching instead. If that’s the category that you fall into then you’re in luck. The finals proper of the ePremier League season are broadcast on Sky Sports, as well as on both the EA Sports’ social media channels, the social media channels of the Premier League itself and on Twitch. Indeed, those that watch on Twitch can find themselves on the receiving end of a random prize, such as player packs, Ultimate Team cards or FIFA Global Series Swap cards.

For the older readers out there, this might all seem to be a bit much. After all, a share of £40,000 just for playing a computer game is the sort of thing that people could only dream of when they were younger. It’s worth bearing in mind, though , that 22 million fans watched the 2018-2019 and 2019-2020 ePremier League finals. This is big business and the revenue is there for companies to make good sums of money from advertising during the games, so it’s little wonder that people take it very seriously.