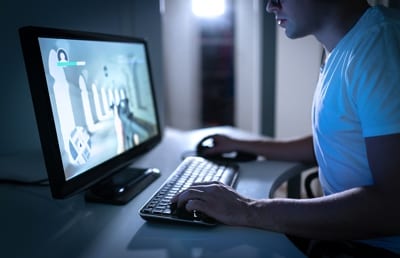 For as long as computers have existed, teenagers have been distracted from their studies by the games on offer. Whether it be the game Spacewar!, which was created at MIT in 1962, or the latest version of FIFA that football supporters love, there has always been an ability to get distracted by computer games rather than spend time doing schoolwork. The difference between the teenagers that did it during the 1960s and those that do it today, however, is that youngster nowadays have the ability to make money if they’re particularly good at it.

We’re not talking small amounts of money, either. eSports has become such big business that a list of the top 100 earners will show people making close to a million dollars playing games, such as Counter-Strike: Global Offensive coming in last in the list, whilst those that sit near the top have more than $4 million to their names. It’s entirely understandable why parents might want their kids to put their consoles away and get some fresh air or spent more time on their schoolwork, but before you pull the plug on your teenager’s gaming interest, it might be worth seeing which game they’re playing and just how good at it they are.

A Potted History of eSports 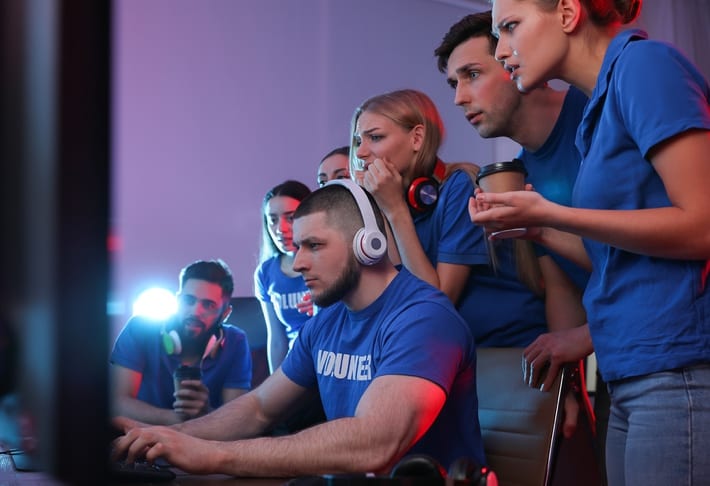 Computer games might well have been invented originally as a way of entertaining people, but it didn’t take long before a competitive edge was added. Just as it is in any other walk of life, so it is true for gamers, who want to win. It didn’t take long after Spacewar! had been invented for people to want to go up against each other whilst playing it, for example, with the Spacewar! tournament played at Stamford University in 1972 perhaps the first known example of an eSport competition.

Whilst the prize wasn’t quite as exciting as the million plus dollar offerings that people get to play for today, it was still exciting enough for youngsters in the 1970s: a year’s subscription to Rolling Stone magazine. In 1980, things were taken a step further when more than 10,000 people entered The Space Invaders Championship, which was hosted by Atari and gained attention because the game was a household name by that point. These were the tournaments that kickstarted the idea of being able to play games for prizes, becoming more and more common as the 1980s wore on.

Perhaps no change in the industry was as important as the invention of the Internet, allowing gamers to get in touch with each other around the planet and giving the companies that made the games the ability to offer online play. Soon companies, such as Blockbuster and Nintendo, began sponsoring major gaming tournaments, eventually leading to 1997’s Red Annihilation Quake Tournament. That is widely considered to be the world’s first eSport tournament in the modern sense, offering a $5,000 prize, as well as the chance for the winner to drive off in the custom Ferrari of Id Software’s John Carmack.

That tournament created what many consider to be the first eSports professional in the form of Dennis “Thresh” Fong, who won the final by a score of fourteen to minus one; his opponent’s character accidentally killed himself at one point because of the difficulty of the battle. As time passed, the prize money on offer grew bigger and bigger, exploding in the noughties when the ability to stream games online mean that it could truly be monetised in a very real sense. Indeed, South Korea’s the Global StarCraft 2 League can bring in as many as fifty million viewers when it hosts a tournament.

It doesn’t look like the eSports market is going to slow down any time soon, either. Revenue projections suggest that it will hit $1.5 billion in the near future. That’s not a major surprise, considering as much as $110.6 million was given out in prize money across more than three thousand tournaments in 2017, with more than $24 million on offer at one Dota 2 tournament alone. eSports have grown to the point that they are one of the most popular things for people to watch, both online and in person, so it’s little wonder that they’ve started to attract the highest talent around in much the same way as football and tennis does the same.

Now that we know a little bit about the history of eSports it’s worth having a quick look at how they tend to work. It’s actually not an easy question to answer, given that every game has its own gameplay and therefore its own rules and regulations. Some of the most popular games when it comes to tournaments are those like League of Legends and Counter-Strike, which requires people to work as teams.

That obviously differs to a game like FIFA, which is a football game that people can play either on their own or in a team. Most tournaments are played by people on their own, set up in a similar way to a real-life football tournament that uses a knockout format to get two players into the final to face each other for the big prize. If you’re interested in the various types of eSports then it’s worth reading through a list of the most popular ones.

Where Does the Money Come From?

How the various games are played is too complex an issue to delve into here, but it’s worth at least exploring where the money comes from which the players are paid. One of the most obvious places is from the publishers of the games themselves, who know that the exposure they can gain from hosting an eSport tournament will be enough to make their game a huge success. As an example, Tom Taylor found fame playing Halo and was then used as an ambassador for Dr Pepper, having his face plastered on 175 million bottles of the drink back in 2009.

Another way that players can make money is by selling advertising space on their streaming site. Whilst it might be difficult for older people to understand, young people love watching others play games and tournaments. It’s therefore an obvious selling point for advertisers to have their products placed on the screens that people are watching. The players can later move into analysis or commentary on games, being paid for that too.

Tournament organisers are another important part of the eSports ecosystem. They can sell the rights to the broadcast of their tournaments, meaning that they need to attract the best players to make them worth the while for companies to pay for. Once the rights have been sold, brand and advertisement companies are then happy to come on board because they can get their products in front of their target audiences. On top of that, teams will often wear jumpers and other items with brand logos on them. 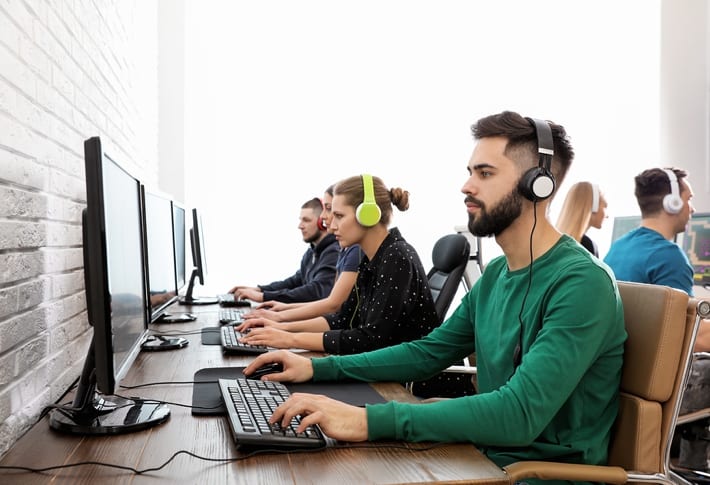 Now that we know both how eSports work and the sorts of places that the money for the players comes from, let’s have a look at some case studies of players who have found themselves on the receiving end of big payouts because they’re good at playing the various games on offer.

Given you have to be sixteen-years-old to but a lottery ticket or scratch card in the United Kingdom, there can’t be all that many fifteen-year-olds wandering around with millions in the bank. Yet that’s exactly the position that Jaden Ashman found himself in when he and his teammate came second in the Fortnite World Cup. They split the second place prize of $2.25 million, taking home around £900,000 each.

Ashman got his first Xbox when he was six-years-old, with his mum saying that she’s had difficulties with him over the years as she tried to push him more towards school work. Ashman admitted to playing the game Fortnite as much as eight hours a day from the moment it came out, but that helped him to reach the World Cup finals when as many as forty million people played online over ten weeks in an attempt to do just that.

Known to fellow gamers by his online name of DhTekkz, Donovan Hunt took the eSports world by storm in 2018 when he came out of nowhere to win a FIFA tournament in Barcelona. He defeated pretty much everyone he came up against, including Nicolas99fc, who was considered to be the best player of the game in the world at the time. He not only won the tournament and the $22,000 prize money that came with it, he also revolutionised the way the game is played.

Hunt essentially invented a new move, known as the ‘driven drop-goal kick’. The manager of football club AS Roma’s FIFA team, Colin Johnson, admitted that it was something that no one had ever seen before. It resulted in Hunt becoming as much of a sort after player as the likes of Mo Salah or Lionel Messi are in real life, with both professional clubs and gaming organisations offering him serious money to entice him to play for them. It was the sort of money that would propel him into the top ranks of eSports earners.

One of the best ways to earn serious money is to be part of a successful team, so that’s exactly what Kuro Takhasomi did. He started playing competitively in 2011 as an eighteen-year-old, but his team wasn’t overly successful in The International tournament, so he decided to explore the field and spent time playing with numerous different groups. Eventually he joined up with Team Liquid in 2015, having enjoyed a degree of success before that.

The move to Team Liquid was an inspired one, though. He became the first eSports player to notch up 1,000 career wins and was the highest ranked eSports player when it came to tournament ratings. He’s one of just three players that took part in every edition on The International at the time of writing, racking up $4.1 million dollars in prize money. That’s an amount that made him the highest paid eSports player in in the world in 2019.

It should be pointed out that it’s a close-run thing, however. Johan Sundstein, better known as N0tail, began life as one of the youngest eSports players in the world when he started his career playing Heroes of Newerth. He eventually switched to DOTA 2, joining team OG in 2015. The team has won more than $17 million in prize money since its inception, with Sundstein personally taking home around $3.74 million of that.

Previous Post: « Is Card Counting Possible Online?
Next Post: The Casinos That Use AI to Identify the Players Who Will Lose the Most »