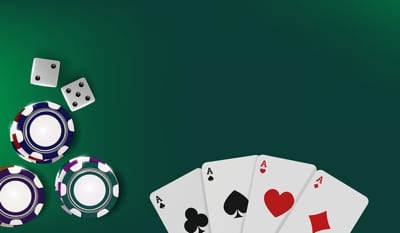 Everyone knows that the house always wins. In the world of gambling, it is generally accepted that the casinos will end up on top in the long run, which is why you’ve got to quit whilst you’re ahead. For that very reason, from the moment casinos started operating, people tried to find ways to level the playing field slightly and remove the house’s edge where possible. Some people chose to go down the more nefarious route of making fake chips, palming cards and trying other means of ensuring they would never lose and others just tried to use their brains by doing things like counting cards.

Obviously the methods that were very much seen as cheating were outlawed and those that tried to pull them off found themselves on the receiving end of a stern telling off by the casino’s security teams. When it comes to something like card counting, however, the line is rather blurred. Even so, it is looked down on as an activity by brick and mortar casinos, so it’s become more and more difficult for those that are intelligent enough to do it to pull it off. With casinos increasingly moving online, however, it rather obviously begs the question about whether it’s possible to count cards online.

What Is Card Counting? 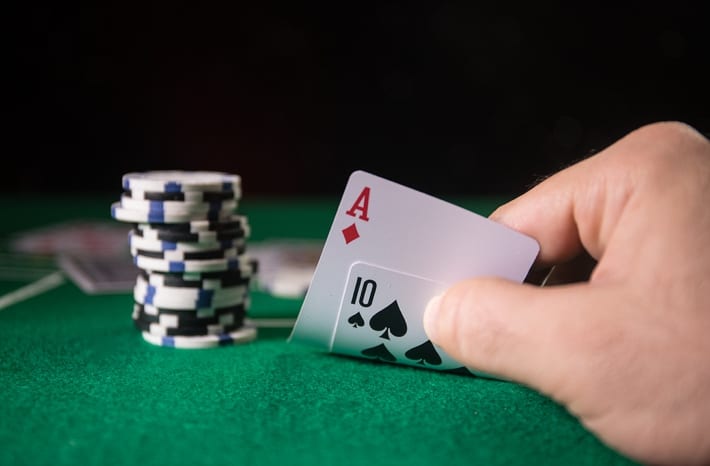 In essence, card counting involves trying to keep track of how many high and low value cards have been dealt during a game. In theory, this makes it easier for the players doing the counting to figure out whether they have an advantage in the betting over the dealer.

There are countless card counting systems, but the main one is based on the statistical evidence that high cards are beneficial to the players and that low cards are better for the dealer. If there are more high cards left in a deck, therefore, then the player’s edge is increased and there’s more chance of a winning hand.

The reasons why high cards are better for the player are numerous, including the fact that it makes taking insurance out more valuable as the dealer’s chance of hitting blackjack is increased, but then so is the player’s. Casinos have become more and more adept at stopping card counters from succeeding by doing things like playing with more than one deck of cards, thereby making it harder to keep track of the cards that have been dealt.

The Two Types of Online Blackjack

When it comes to playing blackjack online, there are two main games available to players. The first is a computerised game, whilst the second involves playing with a live dealer who chats to everyone as the game is going on. The key to whether or not card counting would work online lies in how these two game types work.

The computerised version of blackjack forgoes the need to have an actual deck of cards in play at any point and instead uses a Random Number Generator system to decide on the cards awarded to each player involved in an online game. RNGs are, essentially, computer programs that are designed to ensure that numbers are generated without an associated pattern.

RNGs take an initial number, known as the ‘seed’, that is often based on something like the time and then puts that seed number through a series of algorithms in order to create an outcome at random. The outcome is the order of the deck, with cards then ‘dealt’ to all of the players in the game. Whilst it would be possible for a disreputable casino to create a system that tipped the odds in their favour, the RNGs are tested vigorously by independent organisations to stop that from happening.

The use of a Random Number Generator means that counting cards in a computerised game is essentially impossible. On top of that, there’s no way of knowing when the RNG kicks in, therefore ‘shuffling’ the deck and altering the order of it. You might feel that there have been an excessive number of low cards recently, therefore tilting the balance in your favour, whilst behind the scenes the RNG has shuffled the deck between every hand and it’s just chance that has seen so many low cards come out. 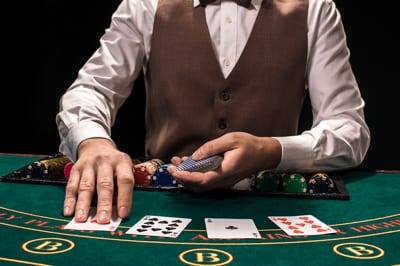 Things are slightly different in the world of live dealer blackjack, if for no other reason than that form of the game online uses an actual deck of cards. That would seemingly lend itself to the idea of card counting, mainly because you can see the deck there on the table and are able to make a note of all of the cards as they’re dealt, theoretically meaning that counting the cards would be relatively easy.

In reality, however, the people run the casinos online, just as in real life, aren’t stupid. They know that it wouldn’t take long for people to develop computer programs that allow them to count cards easily, figuring out when the shift moved in their favour. For that reason, numerous methods have been developed to stop people from being able to count cards in a live dealer environment online, making sure that the casinos keep the same sort of edge online as they boast in real life.

There are a number of things that need to be in your favour in order to make card counting a viable thing to do, both in bricks and mortar casinos and in the ones on the world wide web.

What Are the Rules?

For starters, the rules offered by the casino in question need to be favourable enough to mean that it’s worth your time even trying. If the casino has set up its rules to mean that they have a large edge, then no amount of card counting will help you beat that.

Should you sit at an online blackjack table and read the rules, only to discover that blackjack pays 6:5 instead of 3:2 or that you’re not allowed to double after you’ve decided to split then you might as well pack up your kit and go home. It’s not that you won’t be able to win a few hands, but the house’s edge is simply too good to allow you to compensate for that with card counting.

Perhaps the most important point when it comes to looking at card counting for any version of blackjack is the deck penetration. Deck penetration refers to how much of the deck gets dealt out before the cards get shuffled. Rather obviously, the more cards that are dealt out, the more you’ll be able to count said cards and know when the edge has moved in your favour.

On the flip side, though, the fewer cards get dealt before the shuffle, the easier it becomes for the casino to maintain their edge by counter-acting any possible card counting. The majority of online casinos that offer a live dealer game tend to do so with a deck penetration figure of around 50%. That means that you’ll barely have been able to figure out the count before the cards are being shuffled and the entire thing will become an irrelevance.

That doesn’t mean that you’ll never be able to take advantage of your card counting skills using online casino games, of course. After all, if you’re playing with a 4-deck shoe and you know that most of the big cards have yet to make an appearance, there’ll still be a slight shift in your favour. It will just be small compared to the shift that you could be more certain of with fewer shuffles.

How Many Games Are Played Per Hour?

Ultimately, the whole point of card counting is to try to win money. With that in mind, the number of games that are played every hour will help you figure out how much money you may or may not win. Don’t forget, in order to card count you need to be able see as many of the cards as possible, so if a table is moving really slowly then the amount of cards you can count and therefore money you could make would be extremely low.

It’s worth bearing in mind that most professional card counters would hope to see something like one hundred or one hundred and fifty rounds in an hour, if not more. Even the fastest live dealer will only get up to about fifty hands in an hour, mainly due to the fact that the majority of tables online get full. Suddenly, you can see the issue in being dependent on card counting to shift the odds in your favour when it comes to online versions of the game.

Other Reasons Card Counting Online Is a No-No 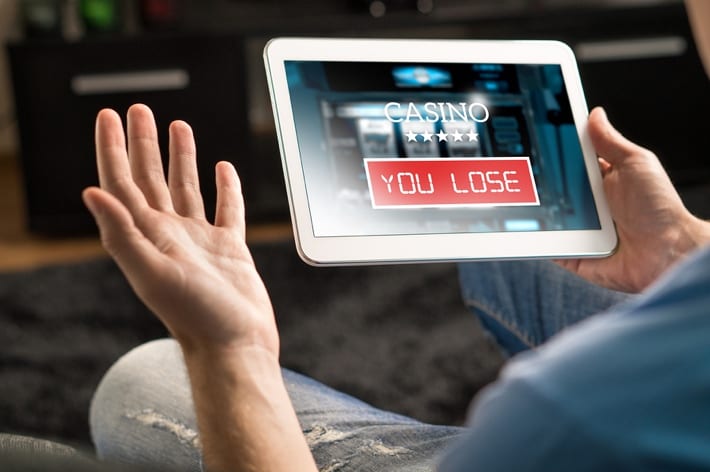 The rules of the game you’re playing are important to think about because you need to make sure that the odds aren’t so heavily weighted in the favour of the house that even by reliably card counting you cannot necessarily secure a net win over the casino. Yet there are other things dictated by the rules that can mitigate the risk of a card counter to the casinos.

One of the most obvious one is the refusal to allow you to bet on other people’s hands. At a real-life casino, card counters will often bet small on their own hands when the house’s edge is too big, but when the shift happens and the edge shifts in their favour, they’ll bet big on their own cards and the cards of others sat around the table.

Obviously if you’re not allowed to bet on anyone else’s hand then part of your edge and ability to make money is removed. Increasing bet sizes when the edge is in your favour is one of the key facets to making money from card counting, so don’t under-estimate its importance.