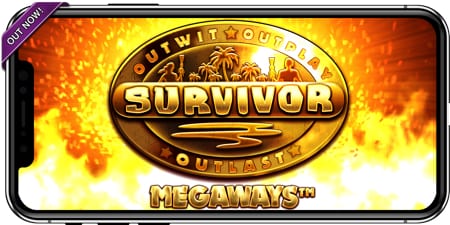 Slot machines are easy enough to understand, aren’t they? You spin the reels and if a winning line comes up then you win yourself some money. Simple. Except Megaways Slots work in an entirely different fashion, offering players no traditional pay lines and instead the number of pay lines vary each time you play a game on them.

A development of Big Time Gaming, Megaways Slots use a random reel modifier that offer players hundreds of thousands of ways to win. In many ways, these new types of slot games have revolutionised the slot gaming world, regularly topping the charts of the most popular slot games and being sought by the people who run online casino sites.

Who Are Big Time Gaming?

Describing themselves as the ‘thought leader’ in the world of slot machine development, Big Time Gaming provides slot games to the likes of William Hill, Ladbrokes, Paddy Power and 188Bet, to name but a few of their customers. Nik Robinson founded New Tech Media in 1996, a company that he sold to News Corp and merged with Orbis to create Openbet.

Huw McIntosh, meanwhile, has worked with Robinson for early two decades. Ian Schmidt joined the company after having previous worked for Rock Star Games, the creators of the likes of Grand Theft Auto. Robinson is the Chief Executive Officer of Australia-based Big Time Gaming, whilst McIntosh is the Chief Technical Officer and Schmidt is the Creative Director.

The company provide variations on the tried and tested slot theme for a number of branded slots. These include the likes of Survivor, Monopoly, Who Wants to Be a Millionaire? and an Opal Fruits themed slot. The slots that they produce all receive high recommendations from the industry’s harshest critics, which helps to explain why they’re so popular with players.

Where Did They Get The Idea For Megaways?

According to Chief Executive Officer, Nik Robinson, the idea behind the Megaways Slots came from a desire to continue innovating slot machines and moving them forward. The company wanted to create a game that would present players with the potential to win big on every spin, potentially delivering huge rewards for its customers.

It was initially felt that it wouldn’t be a success because the market in general suggested that players preferred big symbols and Big Time Gaming were heading in the opposite direction with their Megaways Slots. The company merely felt that they had to change players’ perceptions rather than completely reinvent the (slot) wheel. 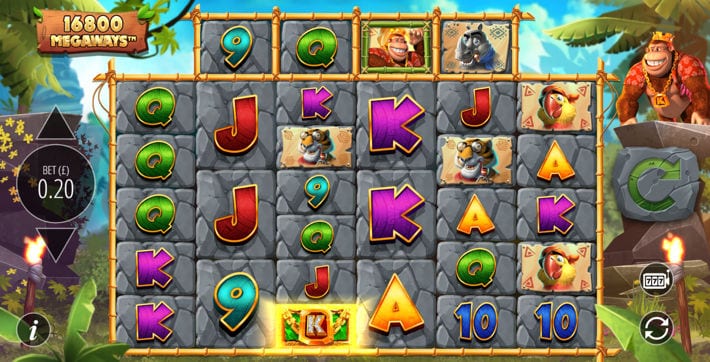 Megaways Slots first began to hit the market when the Dragon Born title was released in 2015, though they didn’t really start to get into the mainstream until Bonanza came out the year after. Thee slots are based around the Megaways random reel modifier, which changes the number of symbols that will appear on each reel during a spin.

This means that each press of the button by a player will present them with the possibility of hundreds of thousands of different ways to win. In a standard Megaways Slot game, there are usually six reels, on which as many as seven symbols can appear. The Megaways Random Number Generator selects how many symbols will appear with each spin.

As many as one hundred and seventeen thousand different variations are available when the reels spin, though of course not all of the games offer this many options. Some, such as the company’s White Rabbit game, will offer more, whilst others will offer fewer ways to win. The number of possible winning ways, for example, will go up if you enter a bonus game.

How Do You Win on a Megaways Slot? 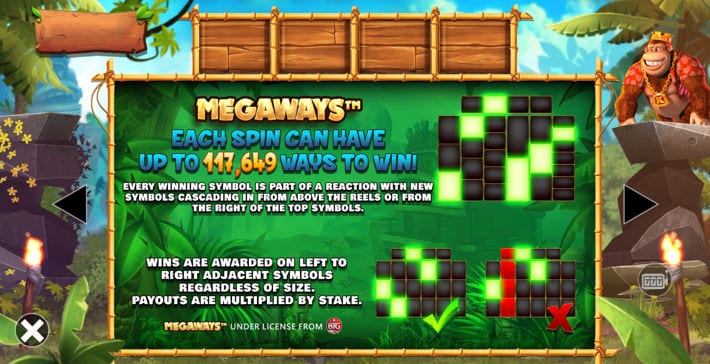 As you might imagine from the description of Megaways Slots, the ways that you can win are different from the ways you’d win on a more typical slot game. As an example, on a normal slot you would know what the pay lines were and you’d want the symbols to line up on those pay lines in order for your spin to be a winner.

On a Megaways Slot, meanwhile, all you have to do to win is to land symbols that are identical on adjacent reels from left to right. This will create a winning line and the size of the symbol, the number that you’ve matched and their placement on the reels are all irrelevant factors.

Calculating the Ways that You Can Win

Obviously one of the first things that you’ll want to do before using a Megaways Slot is calculate how many different ways there are for you to win. It might well seem like a daunting task but in reality is actually fairly easy. The slots do the work for you, so it’s not as if you’ll need to sit there with your calculator in order to collect your winnings.

Even so, plenty of punters like to have a good idea about what they’re playing for. In order to figure it all out you’ll need to multiply the number of symbols on each reel together. A standard six reel slot that offers seven slots on each reel will look like the following:

That is the example of the maximum number of ways that you could win and it alters every time you make the slot machine spin. Each game will tell you how many reels there are and how many possible symbols can be on each reel, so you just need to times the number of symbols by the number of reels following the above example.

Calculating the number of ways that you can win is one thing, but a far more important calculation is the one that tells you how much you’ll win depending on what symbols land on your reels. As always, the machine will do it for you so it’s not something that you need to worry too much about, but some people enjoy understanding the mechanics behind a win.

The value of the symbol is one of the main things will dictate how much money will be entering your coffers. A series of premium symbols will obviously see you win more than just standard symbols, but how can you figure out how much more? It’s actually relatively easy thanks to the following formula that you’ll need to use:

How much the symbols are worth and all of that sort of information will be available for you to look at in the pay table on the game, so it’s always worth checking that out before you start playing. A symbol that is worth a value of 1 appearing once on all five reels will mean that it is 1 x 1 x 1 x 1 x 1, which equals 1. If your stake was £20 you’d therefore win back £20.

Why Megaways Slots Have Proven to Be So Popular 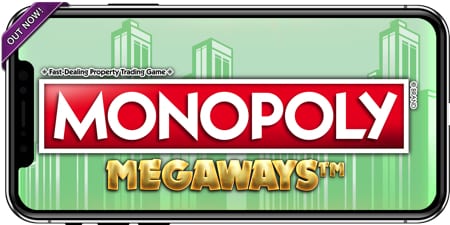 The majority of normal slots, with their set pay lines, will usually have wins that are capped at around 1,000 times your stake. Obviously that increases if you play on slots that have progressive prizes or are linked to other slot machines, but as a rule of thumb we’re looking at a thousand times your stake money being the sort of winnings that you can expect.

The beauty of the Megaways Slots is that they abandon the standard ways to win and therefore the maximum amount you can win is around 100,000 times your stake. This is because the slots don’t work to the traditional pay lines, meaning that any symbol that is repeated on each reel starting with reel one will give you a winning spin.

Ultimately, of course, the popularity of a slot is pretty much entirely down to how exciting and interesting they are to play. Big Time Gaming have ensured that their slots are popular by offering features built-in to the games, alongside those numerous different ways to win. Whether it be bonus games, multipliers or free spins, they keep people interested.

Because wins don’t come all that often on Big Time Gaming’s Megaways Slots, when they do hit, they tend to be a decent size. This volatile nature of the gaming experience means that they maintain people’s interest, promising a large payout on the occasions when the reels line up and the symbols are all the same.

Other Companies That Produce Megaways Slots

Big Time Gaming is the company that originated and produced Megaways Slots as a concept, but they also licence the mechanics of the game to other companies. Developers have therefore used the mechanics that set Megaways Slots apart in their own features, with the following developers being examples of companies to have done so:

This means that a Megaways Slot that you’re playing won’t necessarily have been deigned by Big Time Gaming. Instead, it could be using the mechanics that make Magaways Slots such a fun type of slot machine to play and the ‘skin’ of the game created originally by the above developers. The game play will therefore be the same, but the theme may differ. 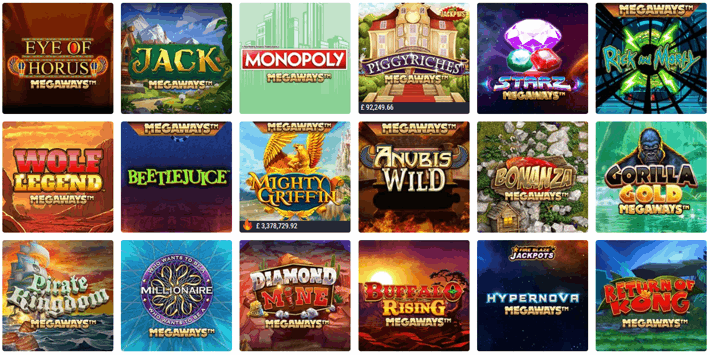 Now that we know all about the history of Megaways Slots and how they work, let’s have a look at some example games that have been created by Big Time Gaming using the Megaways Slots mechanics.

What the Future Holds 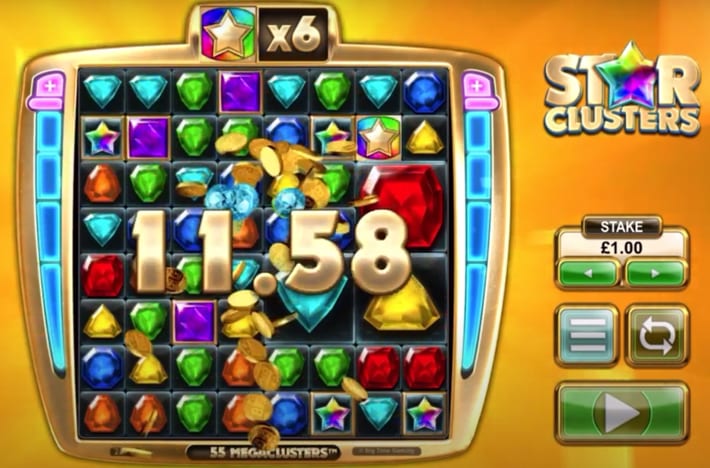 As you might well imagine, Big Time Gaming isn’t the sort of company that tends to rest on its laurels. Instead, the team behind it are constantly looking for new and innovative ways to shake up the slot machine side of the gaming industry as much as possible. The introduction of the Triple Reaction mechanic is a perfect example of this.

Triple Reaction sees the reels in a game spin in three different directions, leading to a huge variation of winning possibilities. Indeed, the Free Spins part of the game sees a re-trigger multiplier that allows for wins of up to thirty-six thousand times the original stake, so it’s easy to see why the new invention is so popular.

Previous Post: « Gambling in Pubs: Are Real Money Poker, Bingo and Quiz Games Legal at Your Local?
Next Post: Will You Marry Me? Bingo! The Proposals That Happened Over a Game of Bingo »