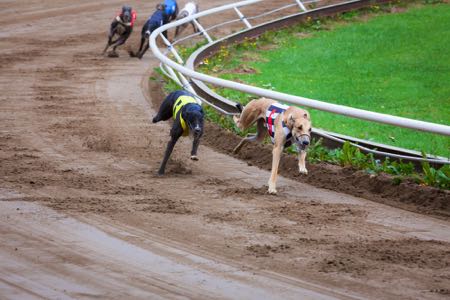 Belle Vue in Manchester was the first greyhound track installed in Britain, but in December of 2019 city councillors voted unanimously to close it in order to provide space for 250 homes to be built. The track was built in 1926 and also played home to stock car racing in addition to greyhounds, but would be replaced by with houses and flats after the decision.

It was a seminal moment for greyhound racing in the United Kingdom when Belle Vue played host to racing around an oval track on the twenty-fourth of July 1926. The track would go on to host motorcycle speedway meetings, being the home of Elite League team Belle Vue Aces, as well as stock car and banger races. Ultimately though, protests couldn’t save it and it was scheduled to be demolished on the first of August 2020.

The History of Belle Vue

Charles A. Munn, an American businessman, made a deal in 1925 with two men named Smith and Sawyer for the rights to be able to promote greyhound racing in the United Kingdom. An earlier attempt to introduce such racing in Hendon with a mechanical lure had been a failure and all but forgotten about when Munn contacted Major L. Lyne Dixson, a leading figure in field sports in Britain.

The sport of coursing was still popular in the UK at the time, so it didn’t take much for the Major to be persuaded that greyhound racing would be a hit. The problem the two men had was that the General Strike of 1926 was looming, meaning that it was difficult for them to find fellow supporters of the idea of introducing a new sport to the UK. Eventually they met Brigadier-General Alfred Critchley, who introduced them to Sir William Gentle JP.

The four men formed Greyhound Racing Association Limited, raising £22,000 in the process. Now they just needed somewhere to base themselves, with Manchester seeming like the obvious option because of the city’s links to both gambling and sports. They found a piece of land not far from the city centre that they could use to create a purpose-built stadium, which they named Belle Vue.

Racing Is Introduced to Manchester

The stadium was named after the nearby Belle Vue Zoological Gardens, with the first meeting for greyhound racing scheduled for the 24th of July, 1926. There were six races on the cards, which over seventeen hundred people turned up to watch. The first meeting saw seven dogs in each race, with a dog named Mistley winning the first race on the race card and later getting a stand named in his honour.

Major-General T Anderson was installed as the first Director of Racing, whilst L.V.Browne became the Racing Manager. Trainers at the venue included Tom Fear, Bill Brinkley & Jack Harvey but after the first meeting the Greyhound Racing Association feared that it would be a short-lived project, given that they’d actually made a loss of £50. They gave it another go, however, and more than sixteen thousand people turned up.

Over the course of the first three months of the new venue’s existence, an average crowd of eleven thousand people turned up to the thirty-seven meetings that were put on. It allowed the group to re-pay a bank loan of £10,000 and the GRA saw its shares go up one shilling to £37–10–00. Nowadays that would be a rise from about five pence to around £37.50, which was a decent investment indeed.

Going to the Dogs

In the years that followed the opening of Belle Vue, going to the dogs became a national pastime for British people, with the GRA growing to become a hugely influential company. By the summer of 1927, Belle Vue saw more than seventy thousand people a week walk through its doors. The success of the venue resulted in greyhound stadiums spring up all around the country.

The winner of the 1927 Grand National for greyhounds, Bonzo, had been trained by Harry Buck, who was based at Belle Vue. The race was known as the Champion Hurdle at the time, but being the inaugural winner of such an important race gave the venue a sense of prestige. Three years later and this was added to when Dresden was one of the finalists for the English Greyhound Derby.

As greyhound racing grew in prestige, so did Belle Vue as the place where the sport had been born in the United Kingdom. That was aided by the fact that it was chosen as the venue for the BBC Television Trophy four times between 1961 and 1982, as well as a decision to introduced under-track heating in 1961. During the 1970s, the venue underwent a £500,000 renovation that helped to modernise it.

Slowly but surely, the sport of greyhound racing began to lose its prestige. Stadiums all around the country began to be closed, resulting in numerous important races moving to Belle Vue. The Golden Collar moved there in 2004, for example, after the closing of Catford. The greyhound Classic the Scurry Gold Cup was moved there a couple of years later in the hope of rescuing the race’s reputation.

Eventually the English Oaks was moved to Belle Vue, with the Classic having started out at White City before moving to Harringay and then Wimbledon. That lasted five years before the Greyhound Racing Authority decided to move the race to Towcester. At the same time, the stadium made a deal with Arena Racing Company to have races at Belle Vue every Wednesday afternoon and Sunday morning.

The Stadium Gets Sold

In 2014, with greyhound racing no longer consider one of the country’s major sports, the Greyhound Racing Association decided to sell Belle Vue Stadium to Crown Oil Pension Fund in a deal that was worth £2.6 million. As part of the deal, GRA Acquisition would lease back the stadium for £249,000 a year until 2028. There were numerous mutual break options included in the contract.

In October of 2019, GRA Acquisition chose to sell the lease to Arena Racing Company. It didn’t take long for news to leak of ARC’s plan to shut down the famous stadium in favour of housing being built where the venue stood. It was confirmed on the 19th of December, 2019 when planning permission was granted. The last race was run on the sixth of July 2019.

The need to close the stadium early came about because of the Covid-19 global pandemic, with the re-opening of the venue only lasting for one meeting. It was confirmed that it would be closing permanently on the first of August 2020, with the Managing Director of the Greyhound Board of Great Britain, Mark Bird, declaring it to be a ‘sad day’ given the doors would be closing to the ‘spiritual home of greyhound racing in the UK’.

The historic greyhound stadium was the result of protests and counter-protests as it appeared that Manchester City council was considering allowing its demolition. The council received more than 1,300 letters about the issue, with seven hundred and fifty-six of them being in favour of its closing down. They came from as far afield as Macau, Australia and the United States of America.

The reason for the letters was that anti-greyhound campaigners got involved, encouraging their followers to campaign to have it closed down. Letters decried the sport as ‘cruel’ and said that there was ‘no place for greyhound racing anymore’. Demonstrations were regularly held outside Belle Vue by animal rights campaigners, who eventually got their wish.

Some of the arguments in favour of closing Belle Vue were less about its links to the sport and more because it was seen to be an ‘eyesore’ at a time when Manchester was ‘crying out’ for more housing. Letters in support of it remaining open, however, argued that it was still successful, was historically important and that local businesses would be badly affected by its closure.

In the end, of course, it was the pro-closure campaigners that got their way. The council approved plans for nearly 250 houses to be built at the location, with 167 of them being two, three or four-bedroom homes. There would also be 80 one or two bedroom apartments built there. Thirty-five of the homes, which was around 14%, would be affordable housing.