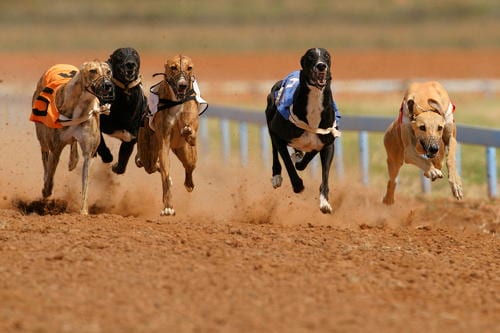 As difficult as it is to believe for some now, there was a time when greyhound racing was one of the most popular sports in England. The first course in the United Kingdom to feature an artificial hare was based on Hendon and opened its doors on the eleventh of September in 1876, though it lacked the popularity required to make it a regular feature. It wasn’t until an American named Charles Munn teamed up with a key figure in the world of coursing named Major Lyne-Dixson and others to create the Greyhound Racing Association in 1926 that the modern sport began to take shape.

Belle Vue Stadium in Manchester was the location for the first event of the modern era, where one thousand seven hundred people turned up to see a mechanical hare race around an oval track to be chased by the seven greyhounds taking part in the race. This was far more successful, resulting in the group’s desire to open race tracks in London, with Harringay Stadium being built in 1927 and White City Stadium being converted for greyhound racing at the same time. At one point there were as a many as twenty-five stadiums in the capital that could host greyhound racing, with around thirty-four million people turning up to watch during the sport’s peak. All of which begs the question: what happened to them?

The Last Dog Track in London Closed in 2017

By March 2017 the last greyhound racing track in London closed its doors for the final time, meaning that the sport was all but dead in the nation’s capital. Yet over the year’s London has boasted as many as twenty-five different venues capable of welcoming greyhound races:

The only venues that are still open in a similar form to how they were when greyhound racing took place in them are Stamford Bridge, the home of Chelsea Football Club, and Vicarage Road, where Watford Football Club play their matches. There’s obviously some debate whether Watford even classes as London, but in both instances the greyhound racing was replaced by football permanently a long time ago.

Before we look at the sport’s decline and what the venues are being used for nowadays, it’s important to gain an understanding of when greyhound racing was at its peak. Having rushed to open greyhound venues in London, the Greyhound Racing Association saw the sport’s popularity grow year-on-year, with around five and a half million attending meetings in 1927 shifting to over sixteen million attendees two years later.

There were a number of factors that contributed to the growth in greyhound race attendances. For starters, the working class of the United Kingdom began to have more money as the country recovered from the economic impact of the Second World War, meaning that they could spend on leisure pursuits in a manner that they hadn’t been able to before. The fact that greyhound races were typically held in the evening and at weekends meant that the sport lent itself to the working class experience more readily than horse racing, for example.

There was a fear that the great depression that hit the United Kingdom in the 1930s might reduce the popularity of a trip to the dogs, but that wasn’t the case. In part that was due to the introduction of the totalisator board to the sport, which we know better nowadays simply as the Tote. At a time when off-course gambling was against the law, being able to place pari-mutuel bets away from the horse racing courses was of keen interest to many of the lower classes who could attend greyhound races but not those involving horses.

The outbreak of the Second World War finally did see a reduction in greyhound races around the country, though it would be untrue to suggest that it died out altogether. The fact that races could be arranged at short notice meant that they were still a common enough occurrence, certainly in the early years of the war. When peace was declared in 1945 it didn’t take long for dog racing to start back up properly, with attendances sky-rocketing.

In 1946 attendances at greyhound racing peaked, with seventy million visitors believed to have turned up to the tracks during the year. That was the highest figure in the sport’s history, with many having speculated about why it happened. Certainly there was a collective feeling of relief around the country that the war was over and it was felt that pleasure should be taken wherever it could be found, with greyhound racing being one of the best examples open to the working classes. That collective sense of letting go was epitomised by the watching of dogs run on the track, as the entire country celebrated light emerging from the darkest of times.

At the time of the sport’s peak there were more than seventy greyhound racing venues around the country, one over one hundred and forty licensed tracks having operated around the UK since 1926 and more than two hundred and fifty independent tracks during the same period. It was a sport that caught the imagination and allowed people from any background to attend in a way that horse racing didn’t allow for in quite the same way, which was a large part of the reason for its popularity.

The Downturn In Greyhound Racing

There were a myriad of reasons for the increase in attendance of greyhound races, but it’s difficult to argue against the idea that one of the chief ones was that it was a sport that allowed people to gamble legally as long as they were at the course. We can look back at the history of gambling to see that it has always been a popular pastime, particularly for people who felt as though they had a life that they wanted to escape and saw gambling as the best way of making enough money to allow them to do that.

The reason it’s difficult to argue against legal gambling as being one of the chief reasons for greyhound racing’s popularity is that there is unquestionably a link between the sport’s downturn in popularity and the introduction of the 1960 Betting and Gaming Act. That allowed bookmakers to open shops on the streets of Britain, seeing them leave the racecourses for the first time legally and meaning that the necessity to go to the dogs reduced.

This shift in gambling habits occurred at the same time as people’s attitudes began to shift and the lack of any sort of welfare structure in place for dog racing became more common knowledge. The dogs were treated cruelly, with no though as to their future once their racing careers were over put in place. The result was that the sport became less popular for the average punter, though it remained popular enough with bettors to mean that the tracks didn’t close completely.

Why Was London So Badly Hit?

All of the above explains both the growth in greyhound racing’s popularity and the extent to which it began to lose attendees as the 1950s turned into the 1960s, but it doesn’t explain why London in particular has seen greyhound racing die off over the decades since. The fact that the nation’s capital had so many greyhound racecourses within its boundaries meant that the closing of a few of them was always likely to be inevitable, given that competing tracks were simply taking money off each other. Yet is that all that caused their closure?

The chief reason for the tracks shutting their doors can perhaps be seen best in the closing of Walthamstow Stadium back in 2008. Even towards the end of its life it remained a popular venue, with wisened old racegoers rubbing shoulders with hen dos and party goers, everyone hoping that their bet would come in. Yet for the stadium’s owners that wasn’t enough, having seen the venue lose money for three consecutive years to the point that it found itself half a million pounds in debt.

The Chandler family, famed as being behind the BetVictor bookmakers, realised that they could get more money by selling the land to housing developers than by attempting to keep running it as a going concern. As disappointing as that might have been for the locals, the Chandlers were business people first and foremost and so the dog track was sold off and another of London’s sporting landmarks closed down. Property prices have always been high in the capital and it is that, perhaps more than any other reason, that led to the doors being closed on greyhound venue after greyhound venue as the owners looked to cash in.

What Became Of The Most Famous Venues

Attendance figures for modern greyhound races sit at around two million punters per year, but there’s no question that the proliferation of online betting hit the industry badly. That led to the closing of some of the sport’s most beloved venues, with the following being a quick look at what happened to them once they went to the dogs.

Built for the Summer Olympic Games in 1908, it was converted into a greyhound stadium in 1927 and remained as such until 1984. It was demolished the year after, following in the footsteps of much of the rest of the White City that had been turned into BBC buildings. That’s exactly what happened to the stadium, becoming part of the corporation in 1985.

The aforementioned Walthamstow Stadium opened in 1933 during the first-wave of popularity over greyhound racing. When White City closed its doors Walthamstow Stadium was considered to be the leading stadium for dog racing in the country, but the final race took place on the sixteenth of August 2008 after contracts were exchanged between the owners and a property development consortium that was being led by Yoo Capital and K W Linfoot plc. 300 homes now stand on the site.

The first purpose-built greyhound stadium in London was opened in 1927 by the team behind the Greyhound Racing Association and was home to the famed cheetah racing that took place in 1937. It was also where the bookmaker Joe Coral, founder of Corals, set up his business. The site was sold to the supermarket chain Sainsbury’s in 1985 and the last race took place there two years later. The company opened a store there and built some housing alongside it.

Hackney Wick opened its doors to greyhound racing in 1932 at a cost of £70,000 and was part of the chain of venues opened by the British Greyhound Tracks Control Society, which was a rival to the larger National Greyhound Racing Club. The venue’s capacity was believed to be around fifty thousand, with close to thirteen thousand attending its opening. George Walker bought the venue in 1970 under the company name Brent Walker, with news in 1991 revealing that it had amassed debts of £1.2 billion.

There were attempts to renovate the venue but it closed in 1997, standing derelict until 2003 when the London Development Agency bought the site and demolished it, replacing it with office buildings that would later become the London Olympics Media Centre.

Previous Post: « House Raffles: Are They Legal & Has Anyone Actually Won One?
Next Post: Insider Betting: What Are the Rules When You Have Inside Information? »