IGT are widely renowned as one of the biggest and best in the casino industry. The company have been about since 1975, which also makes them one of the oldest, and over the years they have put their knowledge of the industry to good use. Like so many of the larger players, IGT started life manufacturing land based casino games, and whilst they continue this line of business to this day it would be fair to say that the company has shifted their focus somewhat to the online industry which has helped them thrive.

IGT are are based out of Nevada, Las Vegas and have managed to remain one of the few high-profile software providers to do so. The platform that they use means that they can offer games as an instant play option for casinos, but they have also managed to make a huge number of games in their portfolio compatible with mobile, simply by recreating the games in HTML5, making them accessible on all devices.

One of the ways in which IGT have been so successful is by offering up a dynamic range of games for casinos to choose from. They cover a huge range of slots and some table games, too. Even though IGT are so competent in their own right, what you will often find is that many casinos use them alongside other providers to provide greater depth, with some of their biggest clients including Mr Green Casino, 888, Party Casino, LeoVegas and NetBet. 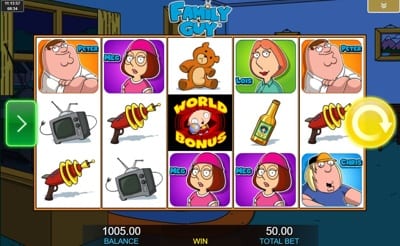 Aside from their land-based games, the slots category is undoubtedly the biggest from within IGT. There are 147 titles in total, but what’s most impressive is that with each game comes a certain degree of class and style. We won’t go as far as saying that all of their games are great, because they aren’t, but the majority of them have seen vast improvements to bring them up to speed and some of the latest titles are right up there with the best games that we have tested.

What’s great about IGT is that they have managed to tie down some branded slots as well, which tend to be some of the most popular on the casino circuit these days. Highlights for us included Family Guy, Deal or No Deal, Ghostbusters, Monopoly, and Elvis. The games all include a wide range of features, bonus rounds and the ability to choose from a number of paylines, something that IGT is famous for with gamers.

The major downside to IGT is that their range of table games is fairly poor. You can access the usual Roulette, Blackjack, Craps, Baccarat and Pai Gow games, but instead they are provided as Video Slots.

This is a concept that not many online casinos actually shoot for, so as a result, you won’t see many IGT table games featured when using casinos that utilise their software. 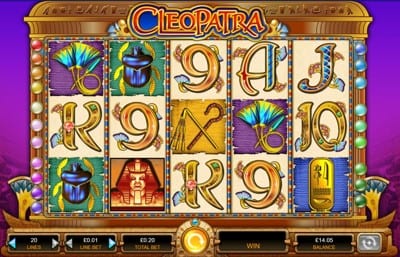 One thing that IGT does do well is their range of jackpot games. They actually only run one Mega Jackpots game, but the jackpot is spread across a number of different video slots in order to build up the pot at a greater rate. These games will include Monopoly, Cluedo and Cleopatra, to name a few, and they will be accessible through the IGT network.

A word of warning though when it comes to jackpot games on IGT; if you are lucky enough to hit one, they actually pay out the jackpot in installments over a number of years. Alternatively, you can take a reduced lump sum in one go if you wish.

About IGT: Vegas & Beyond 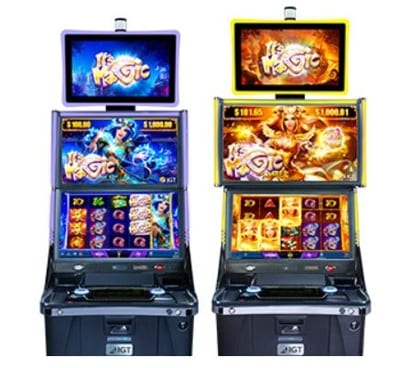 The IGT brand actually dates back to the 1950s, where they created casino games throughout the US. However, they didn’t actually go public until 1975 and it was at this point that it is believed the company as we know it now was first founded by William Redd.

Throughout the years IGT became famous for making some of the most exciting land based slots in the world. They were often found stacked within Las Vegas casinos and it’s likely that if you’ve been to Vegas within the last 10 years and played slots, one of them would have been created by IGT, such is their dominance in this sector.

It wasn’t until 1984 when the company first started to really move forward in the interactive sector, acquiring companies such as Electronic Data Technologies to help growth and shape the way the company was heading.

Throughout the 1990s and early 2000s IGT kept striving onward, making new purchases of existing businesses and also creating a wide range of new games themselves. They decided to spend a good deal of time investing in video slots, something that the company still works hard on today. Games such as Wheel of Fortune (progressive) and Three Card Poker machines were introduced, along with probably their most popular title to date, Elvis.

By 2012 IGT had managed to rack up a number of highly regarded awards and accolades, including featuring in Forbes Magazine Top 100 Companies, and Business Week Magazine’s Top 50 Performing Companies.

The purchase of Wagerworks in 2005 was a massive move for IGT and the industry in general at that time, and this all resulted in the juggernaut that is IGT which you see today.

What Does the Phrase "Cards Speak" Mean in Poker?

How Do Lottery Syndicates Work & Are They Legally Binding?

Is the Gamification of the Stock Market Turning Investors into Gamblers?