Roulette is one of the most popular games in any online casino. The main reason behind this is the simplicity of the game, which appeals to both veterans and beginners alike.

Whilst the majority of games within a casino will have some sort of skill aspect involved, roulette is down to pure luck and requires you to pick a number or section on a board and then wait for the dealer to spin the wheel.

Roulette players often get a tough time of it when it comes to bonuses. They are offered something big and juicy only to find out that their favourite game is excluded, or comes with much higher wagering requirements than they can meet. That’s why we’ve put together this guide to the best bonuses specifically for roulette players. We’ll update it from time to time – so make sure you check back to see if there’s a deal you’ve missed.

Currently, this list is just for regular RNG roulette bonuses, but we will soon be adding some live roulette bonuses into the mix. We should also point out that sometimes the bonuses vary a little by currency or country – check the relevant casino’s website for full details.

How to Play Roulette

As we mentioned, the game is super easy to pick up, although there are a few rules you need to understand and steps that you need to take when placing your bets.

The first thing you need is some chips to play with.

Whether you are playing online or playing at an online casino you can do this from the cashier section prior to taking your seat. Once you have your chips, grab your seat and you are ready to go.

This is a good way to limit yourself and clearly visualise what you have left to play with as you decide on your bet.

Step 2 – Know the game and layout

The next step in the process is to understand exactly what each section on the roulette table and the wheel means, as there are several different variants of the game from French, American, Classic, European and more.

The base of each game will be the same, but the board will differ slightly for some formats. For example, an American roulette wheel will include two zero’s in green, whereas the European version will only include 1 zero in green. This will affect the odds slightly.

For this example, we are going to be using the European version of roulette. 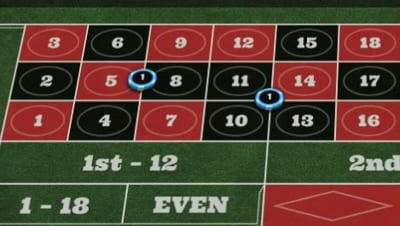 The table will be broken down into a series of numbers (0-36) and then sections of the board that you can bet on (thirds and halves). On top of that, you can bet on both odd or even and black or red.

It’s also possible to cover a number of bets with one chip. So, if you placed a chip that covered the corner of 17,18,20 and 21 which are all connected then that chip would pay out at ¼ of the original odds for the single bet. The same can be done to cover just two numbers, with the odds paying out at ½ the original odds.

Now you have your chips, you know the game, and you are familiar with the table that you are playing on.

When you sit down the croupier will ask you to place your bets. At this point you need to place your chips across the table on the number/s and/or selection/s that you want to bet on. You can bet on as many numbers or combinations that you like.

It’s worth noting that the croupier may start the ball spinning on the roulette wheel while you are still placing bets. At this point, you can still place bets on the table but you must realise that time is fast running out.

As soon as they call ‘No more bets’ then no further bets or amendments can be made and you must sit back and await the result.

Step 4 – If applicable, collect your winnings

If you are lucky enough to have your chips across the winning number or a combination of bets that are successful, then your winnings will be calculated and returned to you.

At no point should you touch the board when playing live, simply let the dealer do their work.

If you are new to roulette then we advise that you watch over a few hands prior to making your first bet. This is going to be the best way to work out when you need to place your bets and also the time that you will be given between each hand or bet. If playing online, then hit up the live casino tables if you are unable to join any digital games to watch. 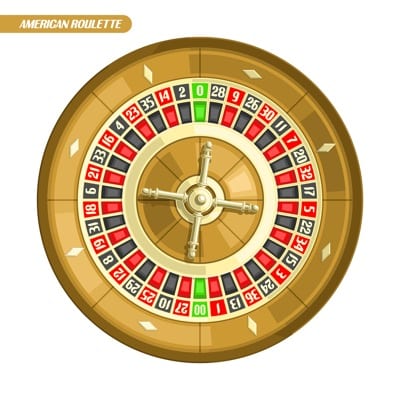 As we have mentioned, there are several variations of roulette that you can play. It may not always be immediately obvious which format you are playing, especially if you are a novice. Make sure that you find out exactly which format is in play and rules for that game before you join in. The rules will only vary slightly between each variation but could end up costing you dearly.

With this in mind, you want to avoid playing on the American style roulette table and always target the European version where possible. This is because the addition of another green Zero on the American table reduces your odds for exactly the same bet. 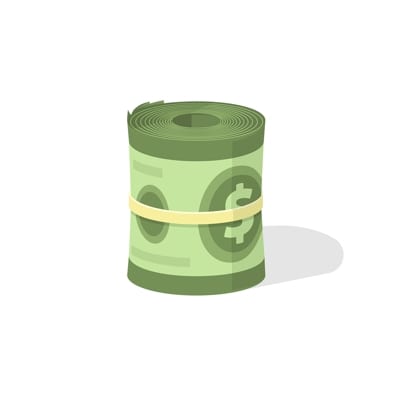 Like all casino games, roulette requires you to have a good bankroll management strategy in place.

It’s pretty simple, but only bet what you can afford to lose and if you hit that point then stop.

We would not recommend placing bets on whole numbers, which have a higher payout but a much lower chance of success. Instead, to prolong your game session and reduce variance stick to outside bets such as red/black or odd/even, where your chances of success are 48.65%.

Don’t get too caught up in strategy or systems 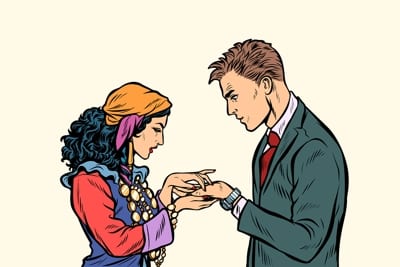 There are dozens of books and articles out there that will provide you with the best roulette ‘strategy’ but in all honesty they are massively flawed.

You can’t control where that ball is going to land on a wheel and no one can read the future – it’s completely random even if you think you can spot a pattern. There are a few tricks out there to beat the game but they often require a huge bank roll or can be upset by betting limits; you are more likely to lose everything before they can come into effect.

Play the game as a bit of fun and if you are looking for more strategy based games then maybe you should look elsewhere and avoid roulette.

The En Prison Rule is a fantastic addition to French roulette that reduces the house edge on outside even money bets by half. Whilst you’ll not find it too difficult to find in a brick and mortar casino, not many places offer it online. But some do – you just have to know where to look.

Usually found on French roulette tables with a single zero, the En Prison Rule comes into effect when the ball lands on the zero and you have placed even money bets such as red-black. In this situation, the bet is held ‘en prison’ and is carried over to the next spin. If the bet goes on to win, your original stake is returned. If it loses, well, you lose it, and if it lands on another zero the bet carries on again.

Another variation of this is the La Partage Rule where instead of imprisoning the bet, an amount equal to half the bet is returned. You could of course then go on to wager the half bet if you so wished.

What is great about these rules is the significant effect it has on the house edge. In roulette the edge comes from the zero, so by returning half your stake when it hits or giving you a coin toss at getting your whole bet back, the house edge is reduced from 2.7% to 1.35%.

The History Of Roulette

The origins of Roulette go as far back as the 17th Century, however, Roulette as we know it has been played since as early as 1796. Beginning as an attempt at a perpetual motion machine, Roulette has evolved into one of the most iconic forms of gambling seen today. Roulette is directly translated as “little wheel” from French, and this little wheel can be found in every casino and gambling hall in existence.

First invented by two Frenchmen, Roulette was introduced in Germany to avoid the strict French gambling laws. The game was an immediate hit, partly because it is a very simple game, easy to learn and exciting to play. The wheel is spun by the dealer in one direction, and then a ball is spun the other direction. The ball eventually loses momentum and stops in a colored and numbered pocket. 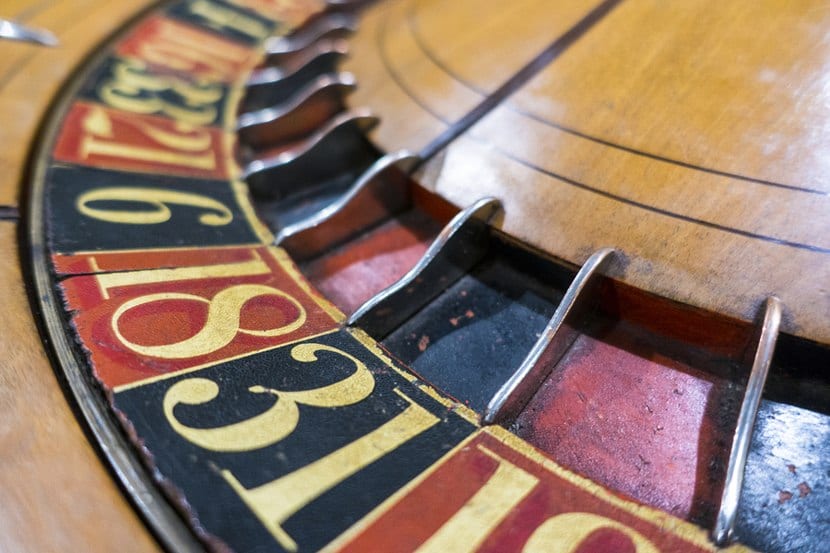 The Americans didn’t only change the wheel, however. Thanks to rampant cheating, the wheel was moved from within the table to a position raised above it so devices could not alter the outcome. The betting layout was streamlined as well, encouraging faster betting and play. 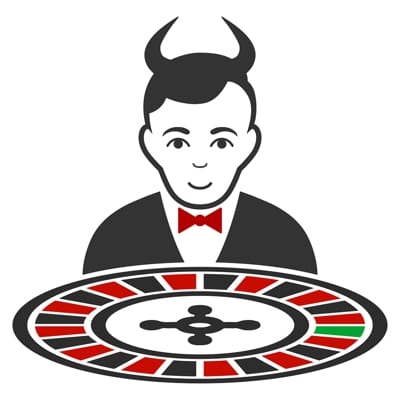 There is a legend that the secrets of Roulette were bargained from the devil. This is because all the numbers on the roulette wheel add up to 666, a number considered by many to symbolize the Devil. Despite this supposed evil design, Roulette has found its way into the heart of the gambling community and can be found in just about every casino and even on online gambling sites.

No matter where you play, there is a specific etiquette that is expected of bettors. Much of this is considered simply being polite, while other rules are to protect both other bettors and the dealer from cheating. For example, dealers may not take cash from the hand of a player. The money must be laid on the table. The dealer uses a marker to denote when players are allowed to touch the betting layout to either collect winnings or place bets (or move existing ones). If a player cannot reach they must ask the dealer to place it for them.

Roulette has flourished in the gambling world and is considered an iconic game. Wherever you find it being played, you will likely find a crowd watching the action as well.