Solitaire has been around in one form or another for hundreds of years. The most famous and well known form is Klondike solitaire. Don’t worry if you’ve never heard the name before – this form of solitaire is so common that it is often just referred to as ‘solitaire’ and is probably the version that you are thinking of. 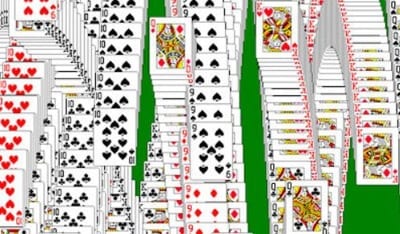 Update: At time of writing there are no real money versions of solitaire available on the web. There used to be many casinos that offered the various versions of real money solitaire (as it is described below), including those powered by Cryptologic, Grand Virtual and Kismet softwares.

However, each of these softwares have now shut down, or withdrawn their version of solitaire – often called casino solitaire or vegas solitaire. If this changes we’ll update the page.

Converting solitaire into a casino game is relatively simple, you set your desired wager and for every card that you move to a foundation stack you receive a payout. A $5.50 game awards $0.50 per card – meaning you only need to place 11 cards to break even and everything after that is a net win. High rollers will be pleased to hear that the maximum bet for Casino Solitaire at Imperial Casino is $550, giving a potential payout of up to $2,600 per hand. 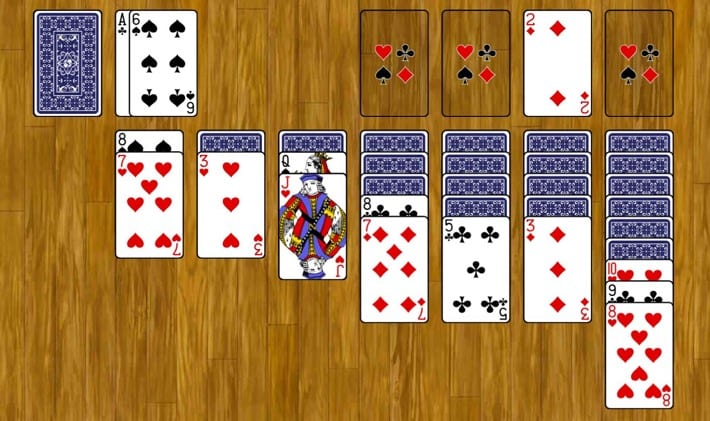 What makes solitaire such an interesting game to have in an online casino is the skill element. Unlike a lot of other games there is a huge difference between a good player and a not so good player. The payout rate has to be set high enough for the weaker players, but not so high that the strongest players bankrupt the casino. Where this fine line lies is unclear, meaning there really is scope for the player to come out on top.

Casino Solitaire could be found at any online casino that runs on Grand Virtual or Cryptologic software. A nice feature of the Grand Virtual version is that it provides tools to help you play. The cards that have been drawn from the deck are recorded for you, and cards that can be moved from one stack to another are flagged. These features help you avoid making mistakes and provide vital information about the game.