Some people that enter a casino know that there’s a good chance that they’ll lose some money but are there for the enjoyment of the experience and to soak up the atmosphere. Others fantasise about pushing the button on a jackpot machine and seeing the light flash to announce that they’ve won a fortune, or they plan to take on the poker room and leave with the top prize. Ashley Revell, meanwhile, believed that in order to win big at the casino you’ve got to risk it all, which is why he sold all of his possessions before betting his life savings on the spin of a roulette wheel.

When asked by the croupier what he wanted to bet on, Revell thought for a moment before announcing that he wanted to bet on red. As the ball span around the wheel, Revell saw his entire life moving around the circle and knew that the ball crashing into a slot for a black number of the zero would leave him penniless, but if it landed on a red slot then he’d double his £76,840 and walk away with £153,680. There were therefore celebrations and a feeling of immense relief when the roulette ball dropped into the red number 7 slot, but does Revell regret the decision or was it a good thing?

Who Is Ashley Revell?

The plan to bet everything he had on the spin of a roulette wheel was hatched during a drunken conversation in a pub with his friends. One suggested that it would be amazing to bet it all on the outcome of fortune, which started the cogs turning for Revell and he soon began to think it might just be a good idea. Gambling had always been part of his life, having been given his own fruit machine at the age of fourteen with the aim of stopping him from spending all of his money on real ones. It didn’t work, of course, and years later he found the true love of his gambling life when he learned how to play poker.

He enjoyed some success as a poker player, eventually making it his career and harbouring ambitions to win the World Series of Poker. Along the way, he upset the Bulgarian mafia and won a game that he played in the Houses of Parliament, but he kept feeling the need to push things further and do more. Eventually that laid to his decision to gamble everything on one bet, selling his expensive possessions via auction and his less interesting ones in a car boot sale to come up with a final bet amount of £76,840. When asked why he was going for the double-or-nothing bet, Revell said he knew he shouldn’t but that ‘this time I just might win’.

The Backstory to Revell’s Bet on Red 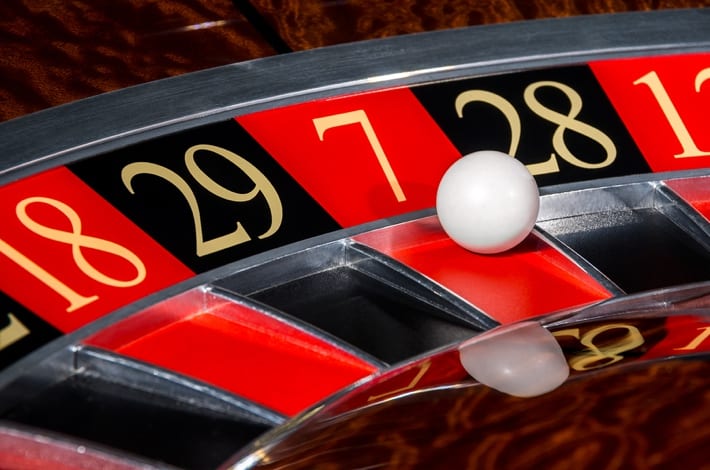 As soon as the professional poker player realised that he was planning to take on Las Vegas in his all-or-nothing style bet, he set about the process of selling everything he owned. He used a combination of auction sites and car boot sales to move on not only the expensive things in his possession but also the less interesting ones.

Though he didn’t own a house at the time, he did have about £10,000 in savings, plus he owned a Rolex watch, a BMW and a set of golf clubs. In the wake of his experience, he said that the only things he regretted selling were sentimental things ‘like my first XI school cricket jumper and two football ties’.

What His Family Thought

Everyone told him he was making a mistake, with his parents saying that it was a ‘silly idea’ and that he should be ‘settling down’. Yet Revell himself thought it was exactly the right thing to do and exactly the right time to do it, thanks to the fact that he ‘wasn’t married’ and ‘didn’t have any kids’ but was instead ‘completely single’.

What started as a ‘drink-fuelled conversation’ was becoming a reality and Revell was going to fly to the home of gambling in order to place a ‘bet to end them all’ and put his entire worth on the spin of a roulette wheel and the outcome of either red or black.

Eventually Sky One caught wind of Revell’s plans and decided to make a documentary about it, flying over with him and following his experience in the time building up to the bet. He had spent the days leading up to the big moment trying to win more money in the Vegas casinos, but when he lost $1,000 of the $3,000 he’d taken with him to bet with, he decided to call it quits and save his money for the big spin.

He didn’t even own any clothes, having only a tuxedo that he’d rented for the occasion. When he stood in front of the roulette table the pit boss told him that any more than three spins would result in it being a ‘no bet’, so when the ball moved he simply chose red and hoped for the best.

Interestingly, the bet was originally supposed to take place at the Hard Rock Hotel & Casino, but negotiations between Revell, Sky One and the hotel’s management fell through and at one point it seemed as if the entire thing would have to be cancelled. That was when the Plaza Hotel & Casino stepped forward, hoping to gain some publicity for their burgeoning enterprise. They not only allowed Revell to do the bet on a special roulette table that Sky One could film the spin from but they also gave him a suite to stay in whilst he was there.

The Moment of Truth

According to Revell, time stood still as the ball span around but he felt entirely calm about the matter and even slept well the night before as he had a ‘genuine belief’ that he would win and that he was simply going down to the floor of the Plaza Hotel & Casino in Las Vegas to collect his winnings.

He described the ball ‘bobbling about’ and how he thought it had landed on red but he couldn’t see until the wheel came back round into view. At that point, his family and friends, who were there with him, erupted into cheers and someone ran in to give him a bottle of Champagne.

What Did Revell Do with His Winnings?

Born in the town of Maidstone in Kent in 1971, Revell changed his name to ‘Ashley Blue Square Revell’ when the betting company, Blue Square, offered him sponsorship money to do so. Seven years after the event, Simon Cowell created a gameshow called ‘Red or Black?’, which he admitted was inspired by Revell’s big gamble.

The series had a £15 million budget, making it the most expensive in British TV history and asked contestants to choose between one of two possible 50/50 outcomes before finally having to spin a big roulette wheel and choose whether it was going to land on red or black. The series lasted for just over a year on ITV. 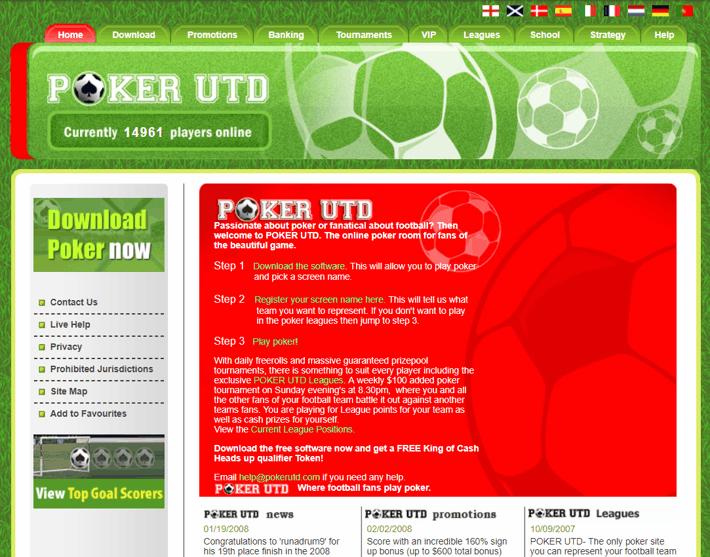 As for Revell himself, he attempted numerous ventures in the years after his big win. In the immediate aftermath of his win, he just wanted to ‘chill with his family and friends’, eventually travelling around Europe on a motorbike, meeting the woman that he would go on to marry when he was in Holland.

On his return to the UK, he set up a poker company called Poker UTD. This went out of business in 2012 but Revell personally vowed to pay back all of the US customers who were unable to access their accounts when the Everleaf Gaming Network that Poker UTD was part of banned US residents from playing after funds had been withheld by the Department of Homeland Security.

Revell also decided to launch a website that would help match gambling companies to suitable candidates for jobs that they had on offer. iGamingRecruitment.com allowed people to upload their CVs to the site that would allow companies to view them or else they could apply for specific jobs if they felt that they were suitable. It was essentially just like any other recruitment company but was specifically aimed at the gambling industry. As with Poker UTD, however, the site is no longer live and Revell is nothing to do with it any more.

For Revell, there’s no question that the best decision he made was to go on the trip around Europe, which he wouldn’t have been able to afford to do without having placed the bet and which he did on the back of a motorbike that he only bought because he’d sold his car to raise money for the bet. Yet in Holland he met his wife and the couple now have two children.

As well as opting for the ‘boring life’ since his bet, Revell admitted that it helped him to realise that you don’t need to baubles and trinkets in order to survive but rather need to make sure that you keep an eye out for the more important things in life. It’s why he opted to go travelling with his winnings rather than replacing the things he’d sold to make the bet, believing in the importance of experiences over ‘things’.

How Things Went for the Casino

As for the Plaza Hotel & Casino that allowed him to place his bet in return for publicity, the company asked Revell to sign the felt of the table even though he refused their offer of doubling up and betting again on account of the fact that he didn’t want to ‘push his luck’! They also installed a plaque that drew casino attendees attention to the fact that that was the wheel that he bet $136,000 dollars on and won.

Ironically enough, the table that he placed his wager on allowed maximum bets of $3,000 even money in the time after the casino accepted his £76,840 punt. It is still in operation in the Downtown section of the Las Vegas strip, offering all of the usual table games and slot machines to bettors hoping to find their fame and fortune at the casino. Whether or not they’ll allow any more punters to wager their entire life savings on the single roll of a roulette wheel is something that they’ve chosen not to advertise.

Previous Post: « Whatever Happen to Real Deal Poker?
Next Post: Artificial Intelligence: Are Computers Better Than Humans At Poker? »