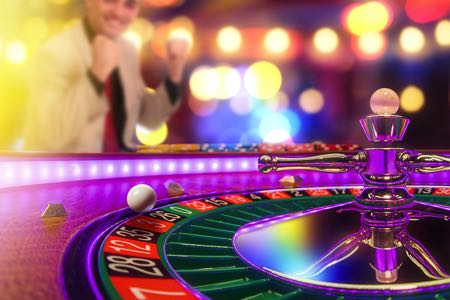 Roulette is one of the most popular games at any casino, not least of all because of its simplicity. You can walk up to a table and have a reasonably good sense of what it is that you’re betting on, given that you simply need to choose your number or else whether you think the ball will land on a red or a black space. If you want to, you can look to place more complicated wagers, such as those on the first-third of numbers on the board, or a particular column. You can also bet on whether the ball with land on an odd number or an even one.

When you bet online, you’ll also notice that there is a section of the board that looks like a racetrack with all of the numbers on it. Named after the looping nature of it, the racetrack typically tends to have call bets on offer in the middle in the form of Voisins de Zero, Tiers du Cylindre and Orphelins, betraying the French origins of the game. Punters can also place neighbour bets, should they wish to. These are bets that you’ll want to avoid unless you know what you’re doing, so we’ll look to explain them in more detail here. 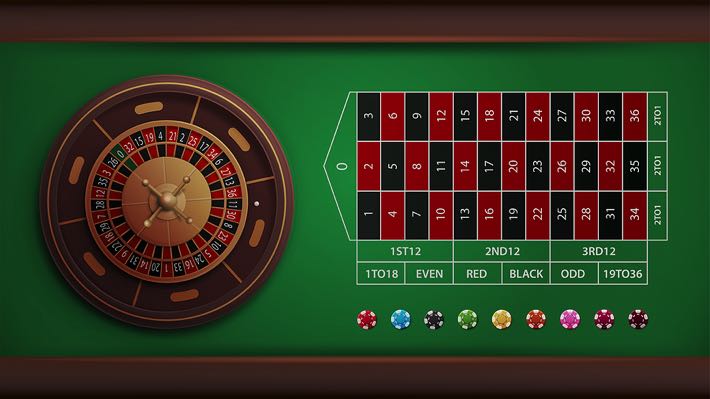 Let us start by having a look at the racetrack, which tends to be found as an option when betting on roulette tracks online more than in real life. It is on the racetrack that you can place what are known as ‘call bets’, but more about that shortly. The oval shape of the track, which is what gives it its name, allows for a special layout of the numbers on a roulette table. It might feel, upon first inspection, that there is no rhyme or reason to the layout but in reality there is. It is designed to allow you to place a ‘neighbours’ bet.

The racetrack is effectively split into two parts: the inside and the outside. The inside is where the call bets are placed, as we’ll explain shortly, whilst the outside allows for neighbour bets. The layout of the racetrack is such that, if you imagine starting at zero and going to the right, the numbers are as follows:

Typically speaking, the same racetrack design is used on most tables, but sometimes alternatives are offered. Even when that is the case, though, the only thing that is different is the design and the language used, with the numbers still being in the same order. Some tables might say ‘Series 5/8’ instead of Tiers du Cylindre, for example, or ‘Series 0/2/3’ as an alternative to Voisins du Zero. Regardless, the racetrack works in the same way in terms of both neighbour bets and call bets.

What Are Neighbour Bets? 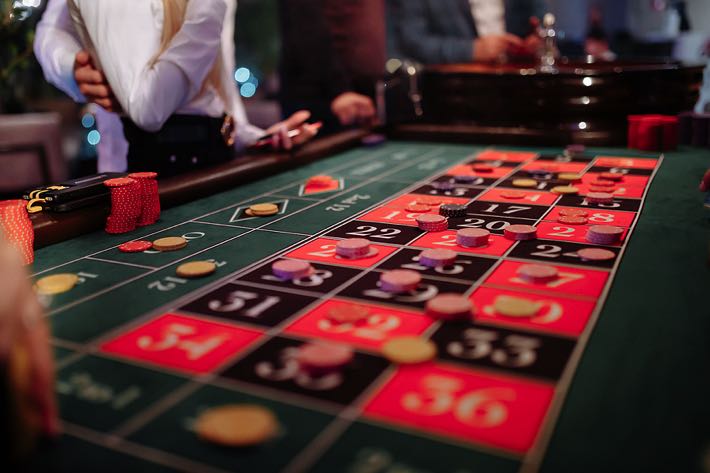 By placing a neighbour bet, you’re effectively placing a bet on five numbers that are all located near each other. The purpose of the racetrack design is to make it easier to see what those numbers are as they follow each other in the order. In other words, a bet on 30 would also be a bet on the two numbers either side of it, which on the racetrack you can see are 36 and 11 to the left and 8 and 23 to the right. Of course, because you’re actually placing five straight-up bets, it will cost you five times your stake to place a neighbours bet.

Also Known as a Call Bet

This means that a £5 neighbours stake is a £25 bet. One thing to bear in mind is that a neighbour bet is also what is known as a call bet, or an announced bet. This is because you need to tell the croupier that that is the best that you want to place. You’d said something along the lines of ‘30 and the neighbours, £5’, which means that you’re placing a £25 bet in total on the four numbers that we’ve already outlined. Neighbour bets are placed according to where the numbers are on the racetrack, not on the roulette table.

Some roulette tables will allow you to place up to nine neighbour bets, meaning that you could bet on 30 and its nine neighbours either side for a total of 19 wagers in total. Obviously if you’re staking £5 per bet then this will cost you £95 and cover the best part of half of the table. American roulette doesn’t offer neighbour bets, only French and European roulette tables give you that option. As a result, the odds on a neighbour bet are those of a straight up bet on such a table, with the increases number of bets taken into account.

Sticking with the bet of one number and the two numbers either side for a total of five bets, here is how to work out the odds that you’ll be paid out at:

The payout odds are different from the probability because of the House Edge, which is 2.70% in French and European roulette on straight-up wagers. So, if you were to place a £5 bet on 30 and its neighbours, you’d be wagering £25 in total. If the ball landed on one of the numbers that you’ve bet on, you’d receive £175 plus your stake back for total winnings of £180, minus the £20 loss for total profit of £160. It is the same as if you’d bet on five different numbers at random and one of them had won. 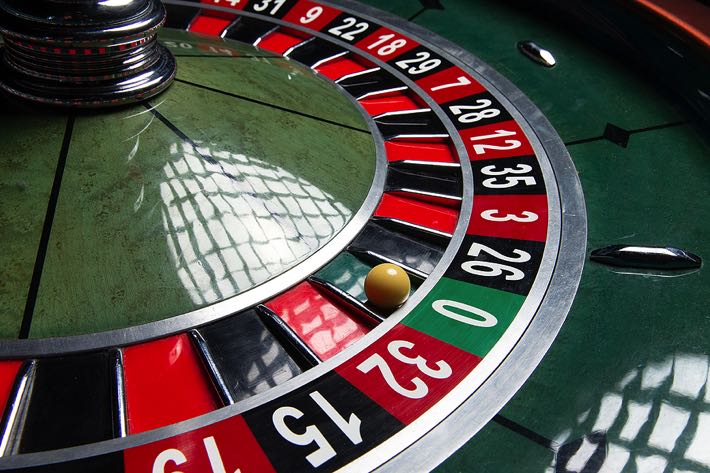 As we’ve already explained, even a neighbour bet is also a call bet, for the simple reason that that title comes from the fact that you have to call out that you want to place it in a casino. The point of call bets is that the cover sections of the casino, much in the same way that neighbour bets cover a selection of numbers that are seemingly quite random. Which section of numbers are covered depends entirely on which call bet you have decided to place, so we’ll have a look at each of them in turn here.

Unlike neighbour bets, though, a Voisin du Zero wager doesn’t ask you to place a single bet on each number. Instead, it uses a combination of split bets, three number wagers and corner betting to cover the largest section of the board of any of the fixed call bets on offer. Here is how the bets breakdown:

Betting in this manner means that 17 numbers are covered in total at a cost of nine units, or £45 if betting in increments of £5. The odds of winning with this bet are 45.9%, with the highest payout coming if the ball lands on 0, 2 or 3.

Translating to ‘Thirds of the Wheel’, the Tiers du Cylindre bet allows you to cover the 12 numbers on the opposite side of the wheel to a Voisin du Zero wager. It covers almost exactly a third of the table, hence its name, with the following being a breakdown of what it is that you’re betting on:

A total of 12 bets for a cost of six units, meaning that you’d be spending £30 if your stake amount was £5 per wager. The odds of winning this are lower than the Voisins du Zero bet, but still come in at 32.4%, which isn’t bad for a 17/1 payout.

Translating as ‘orphans’, an Orphelin bet picks up the remaining eight numbers that aren’t covered by the other two bets. One of them is a straight bet, thereby offering a higher payout, whilst the others are splits and sticking to that 17/1 figure. Here is the breakdown:

As you might have noticed, the Orphelins bet is the only one that sees an overlapping number, with 17 appearing twice. The odds of this wager coming in are lower again at 21.6%, but the highest payout will come if the ball lands on the number one and you’ll get a 35/1 payout as with other straight up bets.

Some casinos will offer you another bet type, known as Jeu Zero, or Zero Game. This is basically smaller version of the Voisins du Zero wager, covering the following numbers and offering these payouts:

There are seven numbers covered for a total of four units, or £20 if you’re stake amount is £5. The odds of winning are the smallest of these cover bets, coming in at 18.9%, with the highest payout being 35/1 if the ball lands on 26.

The last thing to tell you about is the Final bet. This is a wager that covers all numbers that end in a digit of your choice. It is a variable call bet, like the neighbour wager, rather than a fixed call bet such as Voisins du Zero. Final bets involve staking either three or four units, depending on which final number you choose to select. If you chose Final 3, for example, you’d be betting on all of 3, 13, 23 and 33. If you bet on 8, however, it would be a wager on 8, 18 and 28 because there is no 38 on a roulette wheel.

Final bets offer odds of 10.8% if you’re betting on a last number with four options, or 8.1% if your wager is on one of the three options. Unlike the other bets we’ve talked about, Final bets don’t cover any continuous section of the wheel, which is worth bearing in mind. It is, however, an interesting way of covering several numbers, especially if you have a favourite number that you like to bet on between 0 and 9.

Previous Post: « The Las Vegas Monopoly: Who Owns What on the Strip?
Next Post: Should Bingo Be an Olympic Sport? »