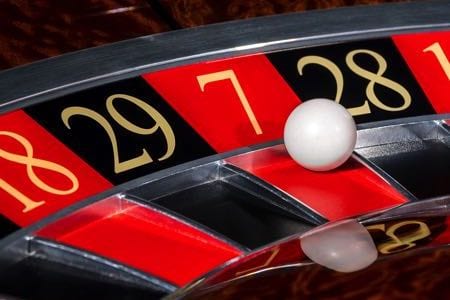 It would be easy enough to believe that roulette is a game that you can never find any sort of advantage in. The ball spins round the wheel, taking on different speeds depending on how quickly the croupier decides to send it off. It bounces all over the place once it hits the pockets representing each number, so it’s virtually impossible to predict where it is going to land from one minute to the next, isn’t it?

In most cases, the answer to that question is ‘yes’. Yet there is such a thing as wheel bias in roulette, which can crop up from time to time. It doesn’t happen often, but if you know what you’re looking out for then you can certainly take advantage of it when it does. It is not a common advantage-play technique in the same way that something like Basic Strategy is in blackjack, but it’s still worth knowing about.

The simple explanation of wheel bias is that it occurs when a roulette wheel appears to favour some sections and pockets over others. It’s not as though every single ball spin results in it landing in the same pocket over and over again, but observation of a wheel over a large number of hours will show that the ball has landed in the same series of pockets a disproportionate number of times. Obviously you need to do some research to find such biased wheels.

If a wheel was noticeably biased after a short amount of time then a casino would know about it and would remove said wheel from the gaming floor. Even when you think you’ve spotted an imperfection in a wheel, you’d do well to track at least 1,000 spins to confirm your suspicions. Putting your results into a spreadsheet will help you to identify exactly where the bias of a wheel lies, so you can then start to take advantage of it.

The Cause of Wheel Bias

It goes without saying that there’s rarely just one individual reason for a roulette wheel to suffer wheel bias. There can be countless reasons why the wheel of a roulette table might begin to demonstrate a bias over time, so we’ll have a look at some of them here. One example is that the plastic that denotes the number has come loose over time, perhaps because of the glue loosening, causing the ball to deaden as it lands on it.

When that happens, the ball is likely to come to a rest in a certain area of the wheel more commonly than if the loose tile didn’t exist. The more that a roulette wheel suffers wear and tear, the more likely it is that it will start to a show a bias over time. It’s possible that the ball becomes slightly deformed, say, or that the wheel shaft is loose and shakes a little. It’s also possible that some pockets are imperceptibly bigger than others.

The simple truth is that few things are genuinely perfect in their design, meaning that a bias can’t help but show over a given length of time. Even the slightest lean on the table, for example, would see the ball more likely to land in one part of the wheel than another. A slight imperfection is all that it takes for a wheel to have a bias, which wheels that are maintained regularly more likely to show them. 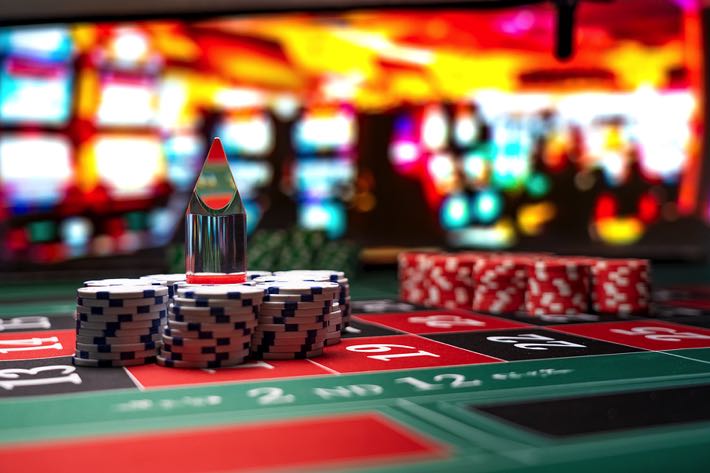 The fact is that even the tiniest imperfection can result in a wheel bias over time, so casinos have to work hard to stop punters from figuring them out. The modern use of computers means that casinos can keep a constant track of the numbers that their roulettes land on, displaying with far more accuracy than a person trying to track them whether there is a bias at play on any given roulette wheel in operation at a casino.

Constant maintenance of the wheels is carried out, with staff trained to keep an eye on the likes of the frets, the pockets themselves, the shaft of the wheel and even the shape of the balls used. If any of the elements that make up a roulette wheel doesn’t seem right, the staff member will flag it up for attention. This will inevitably result in the biased wheel either being fixed or removed from circulation altogether, stopping us from taking advantage.

Production techniques mean that every wheel is imperfect to one degree or another, with the only question being whether or not the bias that said imperfect wheel displays is strong enough to overcome the House edge. Normally, the Edge shift towards the player will be incredibly small and only the best players will be able to take advantage of it, but a 0.5% shift in edge can be worth it when combined with other techniques.

As analysis software improves, so too does a casino’s ability to identify and deal with a based wheel. That being said, not all companies use software that is good enough to truly understand wheel bias. Very rarely do things such as room temperature and the croupier spinning the ball get taken into account by casino software, so these are all things that can be exploited if you know what it is that you’re looking for and how to use that to your advantage.

What to Look Out For

When you’re doing your research into a biased wheel, you’ll be interest to know what it is you should be looking out for. In short, you want to keep an eye out for a European roulette wheel that lands on a number more commonly than 1 in every thirty-five spins. This is because each number should be coming up roughly one in every 37 spins, but most casinos pay out at 35/1 for winners on the roulette wheel.

Let’s say that you’ve studied a roulette wheel for 1,000 spins and, during that time, you’ve noticed that the ball lands on Red 25 roughly once in every thirty spins. In that instance, you know that Red 25 enjoys a slight bias, even though you can’t understand why from observation alone. That is the point at which you will want to start placing bets that can taker advantage of said bias, with the following being how the maths would work:

Of course, the key thing to remember is that the more of the wheel you observe, the more likely it is that it will return to its true probability. To put it another way, it’s possible that you witnessed a bias towards Red 25 for the first 1,000 spins but over the next 1,000 spins it comes up far less regularly and the odds returned to what you’d expect them to be. Basically, you need to be wary of short-term observations when looking for wheel bias.

The other thing to bear in mind is that it’s extremely unlikely that a wheel will show a bias towards one specific number. Instead, you might begin to notice that a roulette wheel shows a bias towards a section of numbers, allowing you to bet on a part of the board rather than just one number. Observed over time, a series of numbers coming up regularly will suggest a biased wheel and you’ll need to move quickly to take advantage.

The reality is that biased wheels were far more likely in the past. This is due both the manufacturing of wheels being less scientific than it is nowadays and the fact that casinos were less able to keep track of a wheel bias. The use of computers in modern day casinos has changed the game for people hoping to find biased wheels, after all. Here’s a look at some of the more famous examples of a roulette wheel displaying bias.

Aside from having an excellent name, Joseph Jagger is known as being one of the people to truly take advantage of a biased roulette wheel. A businessman from Yorkshire who worked in the textile Industry, his business sense wasn’t the best and he was facing bankruptcy. With four children to support, Jagger travelled to Monte Carlo with his eldest son and nephew, having borrowed a sum of money from his friends and family.

Having observed the spinning of wheels and the imperfections that they display during his time in the textile industry, it is believed that Jagger decided to see if roulette wheels displayed a similar bias. He and his two cohorts spent over a month studying the roulette wheels at the Casino de Monte-Carlo, figuring out which numbers came up more regularly than any others. Once he’d figured it out, he began to place his bets.

Over a period of several days, Jagger hit the casino for around two million francs, which was the equivalent of £400,000 and would translate in modern money to about £7.5 million. In the end, the casino had to introduce movably partitions to the table that frustrated Jagger’s attempts to win more money and so he returned to England, buying property for his family to live in in the Little Horton area of Bradford.

Nowadays, we know that casinos use computers to thwart the attempts of punters to take advantage of biased roulette wheels. It’s possible that they got the idea to do so from Gonzalo Garcia-Pelayo, who used computer analysis of vast swathes of observations of roulette wheels to figure out which ones were biased and how to then exploit them. He used his family to place bets on the numbers that were most likely to come up.

Having studied at the Official Film School when he was younger and being interested in film and music, he attempted to make money in these industries before becoming disheartened. Instead, he chose to turn to gambling, noticing as he did so that small imperfections in the roulette wheel led to certain numbers coming up more often than others. Determined to beat the game, he spend months studying the roulette wheel in the Casino Gran Madrid.

He then used his computer to analyse what he had found, believing that there was a definite bias in the wheel. He also used his son and daughter to record data from different wheels around the city of Madrid, eventually using the data he had gathered to place bets from 1991 onwards. Within a year, they had won more than £600,000, leading to many of Madrid’s casinos banning the family from their property.

The Casino Gran Madrid even attempted to sue Gonzalo Garcia-Pelayo for cheating, but the Supreme Court of Spain ruled that he wasn’t trying to influence the outcome of the roulette wheel and was instead merely observing how it worked, eventually ruling in his favour. Soon the family left Madrid for Las Vegas, winning more than $2 million on the roulette wheels there. His story was later turned into a film.