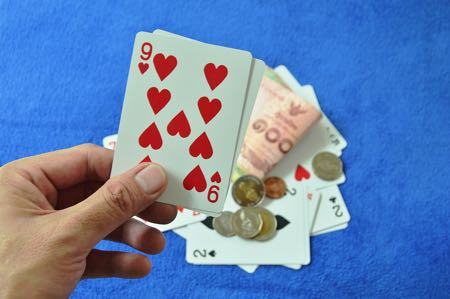 For as long as betting has existed, people have tried to find ways to shift the odds in their favour. You only need to look at the likes of card-counting in blackjack as an example of such a thing. Regardless of the thing that people are wagering on, they’ll look for some small movement of the numbers to mean that they stand to win money if everything breaks their way, with baccarat being no exception. Look for information about baccarat strategy and the phrase ‘pattern recognition’ will crop up.

As well as wanting to know what pattern recognition is, the most obvious question that will crop up is whether or not it works. Essentially, it is a comparison of the normal distribution of results over a period of time and the results that you can see in a game at any given moment. The answer to whether it works or not is, in all honestly, ‘no’, but that doesn’t mean that bettors won’t try it whenever they get the opportunity to do so, hoping that something will fall their way if only they study the numbers hard enough.

What Is Pattern Recognition in Baccarat?

Let’s start by answering the obvious question: what is pattern recognition in relation to baccarat? Another way to describe it is ‘law of averages’, with the idea behind pattern recognition betting being that you can look at results in baccarat games over time and figure out what will happen in the future. Because of the need to rely on a large sample of outcomes, doing it whilst you’re playing would be virtually impossible and probably not all that useful anyway.

In baccarat, the bettor has to choose whether to place their bet on the Banker winning, the Player winning or the hand ending in a Tie each time the cards are dealt. The decision about what to bet on has to be made before a card is dealt, meaning that you can’t learn anything from the hand you’re betting on. As a result, it’s not uncommon for people to look in the past to decide whether something can be learned that that can use in the future.

By looking at hundreds of deals in baccarat games, some people believe that patterns can be discerned. By recognising these ‘patterns’ and finding out where the current hand would fit into such a scenario, those same people believe that they can figure out whether it’s better to bet on the Banker, the Player or the Tie. If past results had shown that there are four Banker wins to every one Player win, for example, a bettor could wager on Banker after a ratio of two-to-one.

The key thing to realise when trying to figure out whether pattern recognition will work is that previous results have no bearing on future outcomes in the game of baccarat. That the past one thousand games has shown that Banker tends to win four times to every one Player win does not mean that the same thing will happen in the future. What has gone on before is, in fact, completely irrelevant to what will happen next.

The reality is that the statistics on baccarat are drawn from hundreds of thousands of games, so there is far too much flux in proceedings to even begin to contemplate the idea that an inference can be drawn. Statistically we know the following about baccarat:

The problem is that one session of games could see the Banker win 65% of games, with the next one evening things out by the Banker winning around 20% of games. That is a black and white example, though, with most sessions actually being far less clear-cut and only a small percentage or two actually happening. Even in the event that the game you’re taking part in is clear cut, there is no guarantee that things will swing away from the Banker in the next session.

Remember, baccarat statistics are taken from thousands of games, so you’d need to be playing thousands before you could be even slightly confident of understanding how the cards were likely to land. Even then you’d be silly to bet big money on it happening, with the reality being that each hand is totally random and you’d be assigning patterns to play when no patterns actually exist, mathematically speaking.

Be Careful of Assigning Patterns When None Exist

As humans, it’s perfectly naturally for us to want to see a pattern in something. We note the number of red cars passing us in the street and decide that there must be more red cars on the road than any other colour and soon our brain draws our attention to red cards and ignores all others. Consequently, it’s easy to look at previous outcomes from baccarat hands and decide that there is a pattern there, when in reality there simply isn’t.

The law of averages is simply the incorrect assumption that previous hands in a game like baccarat in any way matter to the outcome of the next hand that will be dealt. We want to believe that things will be ‘evened out’ because the idea of balance in the universe is a good thing. If the cards have seen the Player win four times in a tow, our brain will automatically assume that the next win will be for the Banker despite the actual likelihood of that.

Whilst things will even out over the long-term, there is no way of knowing whether things will return to the mean in a short space of time. Even on the occasions that we’re ‘right’ in betting on the Banker, that doesn’t actually prove anything and can merely serve to confirm our pre-established bias. Confirmation bias can be killer when taking part in a betting activity, largely because players want to be proven to be correct.

What the Rules Are for the Baccarat You’re Playing

Whilst pattern play is a bust regardless of the rules that the casino in question uses for their baccarat game, there are other things that can see the odds shift even further away from the bettor. If, for example, the deck or decks of cards used in a game of baccarat are shuffled after every hand then the ability to recognise any sort of pattern all but evaporates. Every time a hand is dealt it is done so from a ‘fresh’ deck and the associated odds are shifted back to zero.

If the cards aren’t shuffled then you still won’t be able to gain an advantage from pattern recognition. This approach to play does leave the door open to some card counting, however. This is far better than trying to figure out a pattern as you’ll actually be working with the practical reality of the order of the cards as they sit in the deck. Of course, the second the deck is shuffled or a new deck is used, your advantage will go the way of the Dodo.

Other House rules might see the odds shifted ever so slightly in your favour, but not enough to get overly excited about. If there are side games or the likes, meanwhile, then you’ll shift the odds further in the favour of the House by betting on them. Regardless of the game, side bets are designed to look appealing but to actually hand the House your money at an outrageous markup and to take advantage of a player’s ‘instinct’ that they’re going to win.

How to Move the Odds in Your Favour 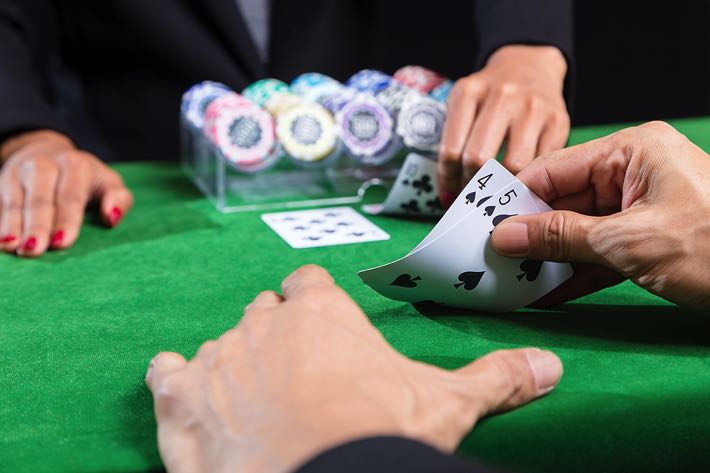 Just because card counting is nearly impossible and the idea of pattern recognition is, frankly, ludicrous, it doesn’t necessarily stand that there’s nothing that you can do to move the odds slightly in your favour. Just as playing basic strategy will see the needle on the odds move towards you a little bit, so too will forever betting on Banker when playing baccarat. The first thing you’ll need to do is remove the desire to bet on Tie from your game altogether.

Yes, the payout for a Tie is better than either of the other bets, but that’s because it doesn’t happen very often. The best way to think of baccarat is as though it is the flipping of a coin, with heads representing Banker and tails representing Player. It’s possible that the coin will lodge itself between two things and be a Tie, but it’s not very likely. You cannot influence the outcome of the game, so the only thing that you can do is bet cleverly.

Baccarat is a game of fortune, requiring the bettor to be good at guessing whether Banker or Player is going to win. Unless you acknowledge that it is indeed a guess, you’ll forever be doomed to think that you can see patterns where none exist or that you can shift the odds in your favour simply by considering what happened in the past. Betting on a Tie is a statistically poor thing to do, so avoid it as much and as often as you can if you wish to make money.

Of course, the only fail safe strategy when playing baccarat is to make sure that you walk away from the table when you’re ahead. The odds are set up to mean that the House will win in the long run, so if you can get yourself into the black then you’d do well to cash in your chips and walk away before you suddenly find yourself in the red. The most intelligent thing you can do is set yourself a realistic goal and know what you can afford to lose.

Let’s imagine that you’ve sat down at a baccarat table with £1,5000 and your aim is to win £50. You don’t want to lose any more than £800, so you start betting. You win some hands and lose others, generally remaining fairly even throughout your playing time. Suddenly you have a run of good bets and you have a stack of chips amounting to £1,555 in front of you. If you want to be a winner at baccarat then you pick up those chips right then and walk away.

On the flip side, you might have endured a terrible run and you find yourself with £850 in front of you. You place one more bet of £50 and it loses. You need to walk away now, licking your wounds and acknowledging that you didn’t win but you also didn’t lose more than you could afford to. It’s far from perfect, but it’s the only thing you can do to at least feel as though you haven’t ended up as a complete loser for the evening.

In conclusion, then, you might be able to look at a series of baccarat results and decide that you can see a pattern. You might even decide to put your money where you mouth is, place some bets and win them based on this ‘pattern’. Mathematically, you’ve found no such pattern and all you’ve done is got lucky with your bets. If you keep believing in the idea of pattern recognition then you’ll lose the money that you won and more over the long-term.

The only method there is to win at baccarat is to pick an amount of money that you’d like to win before you are dealt a single hand and then walk away when you’re up by that much. You can also ensure that you don’t end up as an unmitigated loser by allowing yourself a given amount of money that you can afford to lose and stopping playing when that money is gone. That is the only sensible pattern that will be a winner in baccarat.

Previous Post: « What Is the House Edge & How Does It Work?
Next Post: What Does the Future Hold for William Hill? »