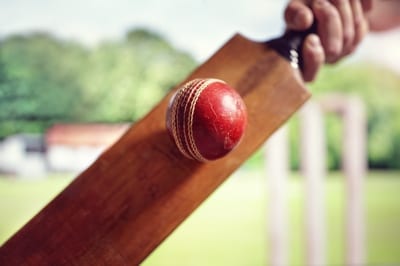 There’s an English phrase, ‘that’s not cricket’. The general notion of it is that something isn’t fair or right. The idea, of course, is that cricket itself is gentleman’s game and therefore the players are honest and true. Even within the sport itself there’s a generally accepted notion that a batter should walk off if they know that they touched the ball and was caught but the umpire didn’t give them out. The entire sport is predicated around the idea of being truthful whenever possible.

It seems entirely anathema to the sport, therefore, for players to have ‘fixed’ aspects of a match in order for people to bet on it. It is, as the saying goes, just not cricket. Yet players have been found to have fixed matches time and again since the sport became a global business. There have been other moments that don’t quite fit into the ‘match fixing bracket’ but are still against the notional idea of fair play, such as the numerous occasions on which players have attempted to tamper with the ball over the years. Yet its the fixing of matches that we’re interested in the most here.

What Is Match Fixing in Cricket?

In a very simplistic sense, match fixing involves players agreeing to ‘fix’ a match so that a specific outcome is achieved. When it comes to cricket, however, the phrase ‘match fixing’ is perhaps slightly misleading as it’s not about fixing the outcome of the entire match. Instead, the phrase that is used more commonly is ‘spot fixing’.

The idea behind spot fixing is to ensure that certain things happen during a certain spot of the game, allowing people to bet on that outcome. An example might be that a bowler agrees to bowl a No Ball in the first over of a match. Equally, they could confirm that they’ll bowl two wides during the third over. With gamblers able to bet on a No Ball or a wide occurring in a specific over, it means that they can make a huge amount of money with the right information.

Why Is Cricket So Susceptible?

Now that we have a better idea of what sort of thing can be involved in match fixing in the world of cricket, the next question is why, exactly, it seems to be so susceptible to it as a sport. The first thing to acknowledge is that it isn’t alone in seeing those sorts of things happen. In 2017, for example, Joey Barton claimed that a similar thing was common in football, with players giving away corners or goal kicks regularly.

The key thing about cricket is that these sorts of events can happen relatively regularly but usually don’t tend to make a difference to the overall result of a match. A No Ball in the second over, say, is extremely unlikely to alter the overall destination of the match. That’s a big part of why cricket is a sport that the match fixers tend to focus on.

Another thing that is important in the world of spot fixing is that most of the things that people will bet on tend to happen naturally, such as No Balls. That makes it much harder for the authorities to spot when it’s happening. It’s also much easier for the fixers to organise than the result of an entire match. That’s especially the case because cricket, whilst being a team sport, asks individuals to carry out the key parts of it, meaning that things can be fixed without needing the cooperation of an entire team.

The final reason that a cricket match is perhaps more susceptible to fixing than other sports is the fact that it is broken down into segments and sections. Whether it be the brief spell of a bowler’s turn with the ball or the longer time that is an innings, the fact that cricket can be so easily broken down into constituent parts allows match fixers to concentrate on specific periods of the game that they can manipulate.

The People Doing the Fixing 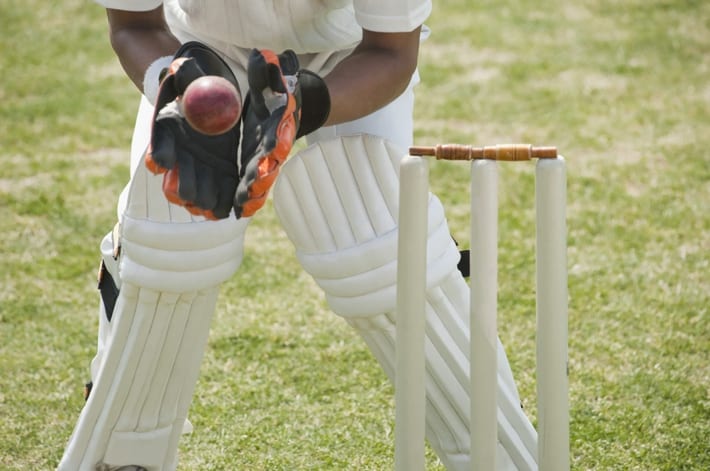 Cricket is an immensely popular sport in Asia, an area of the world that is particularly open to the influence of criminal gangs. These criminals can use their power and influence to try to ensure a certain event happens in a match, placing bets on that occurring and winning themselves plenty of money in the process.

It helps, of course, that the betting market tends to be less regulated in that part of the world that it is in the United Kingdom, for example. This means that more nefarious members of the community can make good money by knowing exactly when a particular event is going to occur.

In India, for instance, the only type of betting that is legal is that on horse racing with bets placed trackside. Yet it’s estimated that billions of pounds is spent on illegal betting, with most of that money being spent on cricket. The International Cricket Council founded an Anti-Corruption Security Unit to try to put a stop to it, but the issue is that it’s become so widespread in the sport that they’re almost fighting a lose battle.

In recent times, Al-Jazeera launched an undercover investigation that exposed Aneel Munawar as being one of the biggest fixers of cricket matches in the world. Splitting his time between Dubai and Mumbai, Munawar has allegedly been fixing cricket matches since as long ago as 2010. What’s worse is that Al-Jazeera discovered that the ICC had known about him during that time but failed to do anything about it.

Al-Jazeera caught Munawar on tape making twenty-six predictions, of which twenty-five proved to be correct. According to a firm of betting analysts located in the United Kingdom, the chance of him making that many correct predictions without having fixed them are more than nine million to one. Amongst the matches that he fixed were six Test matches, three games at the T20 World Cup and six One Day Internationals.

The idea of match fixing is one thing, but looking at specific examples of when it’s happened is the best way to get an idea of how it works and why it’s become such a talking point over the years.

Back at the turn of the millennium, the South African cricket team was on a tour of India. During this tour, a member of the Delhi Police Crime Branch, Ishwar Singh Redhu, revealed that he had a recording of the South African captain, Hansie Cronje, discussing fixing a match on the telephone with a member of a blacklisted Indian betting syndicate.

The call also implicated Herschelle Gibbs, Nicky Boje and Pieter Strydom in the South African team. A month after the allegations were made a denial was issued by the United Cricket Board of South Africa, but three days later Cronje admitted that he had not been ‘entirely honest’, leading to him being relieved of his post as South Africa’s captain.

Soon the entire story began to unravel, with Cronje admitting that he’d been offered between £10,000 and £15,000 to ‘forecast’ results. Gibbs revealed that Cronje had offered him the same amount to score fewer than twenty runs during a One Day International. More revelations became apparent, eventually leading to Cronje admitting all of his contacts with bookmakers.

On the eleventh of October, Cronje was given a lifetime ban from playing or coaching cricket. Gibbs and Henry Williams were suspended for six months. Cronje named Saleem Malik of Pakistan and Mohammed Azharuddin and Ajay Jadeja of India as also being involved in match fixing, receiving bans for life alongside Cronje. Malik, Azharuddin and Jadeja all later had their bans overturned, but Cronje remains banned from all cricket related activity.

Chris Cairns was a New Zealand cricketer and the captain of the country’s One Day International team. He was remarkably talented, being named as one of the best cricketers in the world by Wisden in 2000. In 2013, he was named as being the subject of an International Cricket Council investigation into match fixing, being accused of manipulating games when he was playing in the Indian Cricket League.

In 2015, the retired cricketer, Lou Vincent, said that Cairns had ‘convinced him’ to take part in match fixing when the pair of them were playing for Chandigarh Lions in the ICL. He said that Cairns had issued ‘direct orders’ for players to get involved in match fixing, which Cairns adamantly denied. Vincent admitting to deliberately underperforming in four matches for the Lions in 2008.

In the end, Cairns was cleared of all charges, with the man himself suggesting that Vincent had tried to steer accusations away from him by saying that other people were guilty. The Bangladesh Cricket Board banned him for three years in June of 2014, whilst the England and Wales Cricket Board banned him for life from playing any form of cricket. That was on the back of admitting eighteen breeches of regulations. 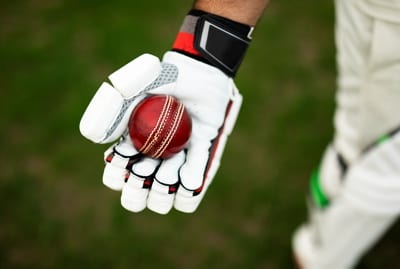 In 2010, the Pakistan cricket team was on a tour of England, including playing a match at Lord’s. In August of that year, reporters from the News of the World got in touch with a sports agent named Mazhar Majeed, who was believed to be involved in match fixing. The reporters were undercover and caught Majeed on camera admitting to fixing moments of the match.

On the video, he could clearly be seen counting out bribe money and saying that Mohammad Amir would bowl a No Ball in the first first delivery of the third over. He also said that Mohammad Asif would deliver a No Ball in the sixth delivery of the tenth over. Both things happened, leading to both players, as well as the Pakistan captain, Salman Butt, being suspended pending an investigation.

In February of 2011, the ICC confirmed that Butt would be banned for ten years, with five of those being suspended. Asif was banned for seven years, with two suspended, and Amir was banned for five years. Fellow cricketer, Yasir Hameed, told the News of the World that ‘almost every match’ suffered some form of match fixing, saying that he was not guilty of allegations of bribery aimed at him.

The problems for the Pakistani team didn’t end there, with wicketkeeper, Zulqarnain Haider, flying from Dubai, where Pakistan were playing a series against South Africa, to England where he asked for asylum. He said that he had beeb threatened to throw a game. He said that he was retiring from international cricket and just wanted to ‘live in peace’. He claims that he was approached by someone who said that if he agreed to fix matches he would be paid a lot of money and if not he and his family would be killed when they returned to Pakistan.

Previous Post: « Aiden, Joseph & Other Famous O’Brien Trainers & Jockeys
Next Post: How to Avoid the Sharks in Online Poker »