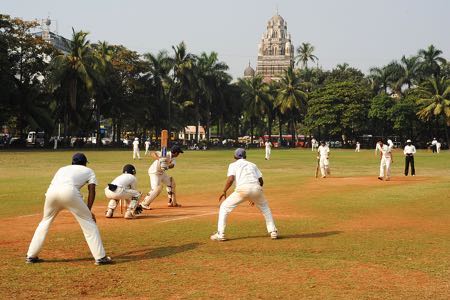 There are some stories that are stranger than fiction. In July 2022, a story emerged that a group of farmers in India had managed to convince Russian gamblers to place bets on cricket matches that they were playing under the impression that they were betting on the actual Indian Premier League. The scam itself was as simple as it comes, to the point that it really shouldn’t have worked. Yet work it did, with punters in the Russian cities of Tver, Vorone and Moscow placing bets on matches via a Telegram account.

The ‘tournament’ reached the quarter-final stage before local police got involved. It worked largely because of the simplicity, with the gang responsible for it using HD cameras to broadcast the action to YouTube and being careful to never show the full ground. Instead, noises of a crowd downloaded from the internet were laid over the video, alongside commentary from someone that sounded like the famous IPL commentator, Harsha Bhogle. Given that the perpetrators made more than 300,000 rupees before the police got on to what was happening, it was a very successful scam indeed.

What Is the IPL?

We will start at the very beginning with a quick explanation of what the Indian Premier League actually is. A men’s professional cricket league based on the Twenty20 format, it involves ten teams across seven cities in India. It was founded in 2007 by the Board of Control for Cricket in India and takes place between March and May annually. It is the most attended cricket league anywhere in the world and was ranked sixth for attendance amongst all sports leagues in 2014. According to Duff & Phelps, the brand value was $6.2 billion in 2019.

The format of the tournament sees the ten teams play in two virtual groups of give, with the top four teams qualifying for the play-offs. The top two teams from the league phase go up against one another in the first qualifying match and the winner goes straight to the final. The runner-up takes part in the second qualifying match, with the third and fourth-placed teams playing each other in an eliminator match to see who will play in that second qualifying match. The winner moves into the IPL final, where the Indian Premier League champions will be crowned.

Teams in the IPL

Games in the IPL use television timeouts, which means that there is no limit to the time in which teams must complete their innings. The Umpire Review System has been in place since 2018, allowing each team one chance per inning to review the on-field decision. Here is a list of the teams currently taking part in the Indian Premier League:

What Happened With the Fake League? 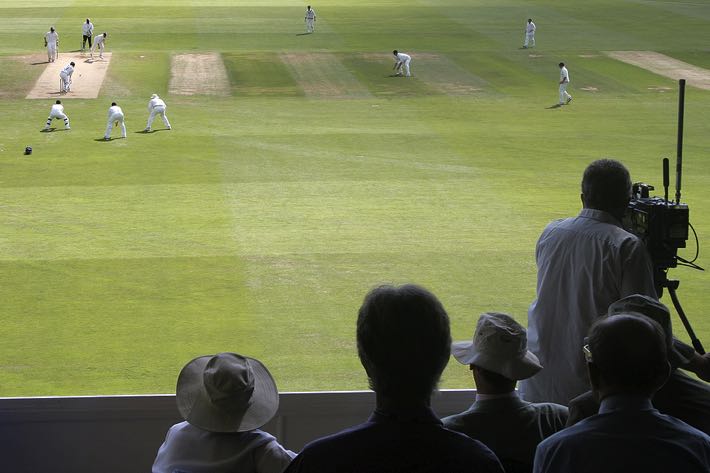 Now that we know how the actual Indian Premier League works, it makes what happened with the fake league even more fascinating. For starters, the ‘league’ got underway after the regular IPL season was over and done with, which should have been the first warning sign for the Russian gamblers. What they did, however, was work together to pull the wool over the eyes of the bettors, starting with the decision to rent a remote farm in Molipur village, which is in the Mehsana district of Gujarat.

Using up to 21 farm labourers and unemployed local children, the people involved were asked to pull on colourful uniforms from teams like the Chennai Super Kings, Gujarat Titans and Mumbai Indians. Those taking part were paid the equivalent of $5 per day to act like professional cricketers, whilst cameramen used five HD cameras to film what was happening. In order to get around the lack of an actual crowd, the focus was put onto the players and the umpire, which was really just a man in a white coat and hat wearing grey pants.

Once the filming had taken place, fake crowd noise was overlaid onto the footage in addition to computer generated graphics that offered it a sense of authenticity. Not only that, but the entire thing was given even more legitimacy when someone that could do a good impersonation of one of the IPL’s main commentators, Harsha Bhogle, mimicked him and added commentary to the videos. Shoeb Davda was later named as the main organiser of it, having persuaded Russian punters to place bets via the mobile app Telegram.

The fake umpire was told via walkie-talkie whether to indicate that the batter had hit a four, a six or was out, dependent on the bets being placed on what was happening. Once the Russians had been lured into placing the bets, the action would play out accordingly. The Russians were addicted to betting on T20 matches, according to reports, with teams making it all the way to the ‘quarter-final’ of the competition before police turned up and put an end to the charade. Four people were arrested in the immediate aftermath of the plot being uncovered.

If the Russian punters wanted another sign of the fact that they were being taken for a ride, they could perhaps have Googled how much rights for the IPL sell for every year. Originally held by Sony Pictures Networks and World Sport Group in a partnership that was worth about $1 billion, the tournament became even richer over time. When the set of rights for coverage of the league from 2023-2027 went up for auction, the package for streaming rights went for more than $6 billion to StarSports and a Viacom 18 consortium.

No One Currently Owns the Rights in Russia

In other words, the fact that they were being asked to watch the matches via a stream on YouTube and place bets through an app rather than any official betting site should have set alarm bells ringing. YuppTV bought the rights to broadcast the Indian Premier League in the likes of Ukraine, Kazakhstan and Uzbekistan, but at the time of writing, there is no company that has the rights to show games in Russia. It is perhaps for this reason that the Russians didn’t realise that they were being duped, instead falling for whatever they were being sold.

It Wasn’t the Only Fake League Taking Place

What makes the story even more remarkable is that it turns out that it wasn’t even the only fake cricket league being run by the perpetrators of the made-up IPL. Days after the story first emerged, the India Times reported on a league that they were running in Uttar Pradesh along similar lines. Called the ‘Big Boss T20 Punjab League’, the other version of the con used cricket grounds in Meerut, about 45 miles from New Delhi. The bettors were asked to place their wages via channel called ‘Cric Heroes’ on the mobile application Telegram.

The mastermind behind the whole thing was a man named Ashok Chaudhary. The police were able to obtain mobile phones and analyse WhatsApp calls made on them and messages sent using the app. As a result, they found phone numbers linked to Russia, as well as to Pakistan. Speaking on the matter, the police said that the matches in Meerut had been taking place for ‘four to five months’ before they were discovered. It is also claimed that video footage was discovered of volleyball matches, with a plan to start taking bets on those too.

The biggest difference between the two cases was that the Gujarat cricket was sold as being the Indian Premier League, whilst in Meerut the players were reportedly playing at the Ranji level. That is a domestic first-class championship played in India and involving 38 teams across the 28 states of the country. In both cases, though, the local farm labourers and unemployed kids that took part were paid around 400 rupees per match. The fact that betting is illegal in India somehow made the entire operation even more gutsy. 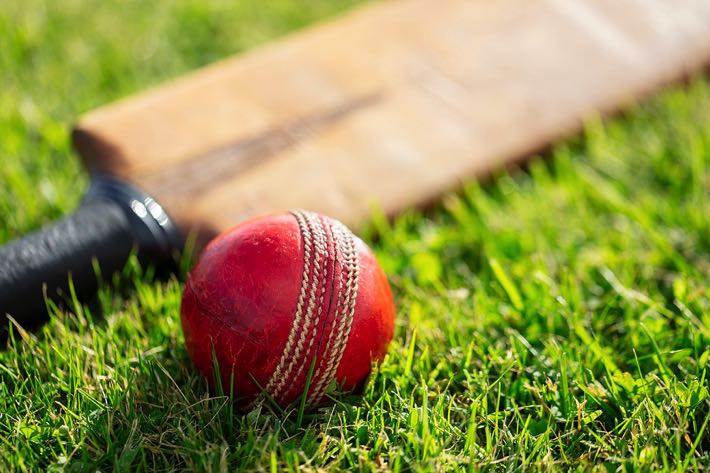 The news that the Indian Premier League has been the victim of such a scam hasn’t gone down well in India. The Board of Control for Cricket in India has been involved in numerous different controversies over the years, with the main one being that IPL players should always be available to play for their country’s international tours but sometimes weren’t. Away from the conflicts with other organisations, though, one of the biggest issues has been around spot-fixing scandals in both 2012 and 2013.

Spot-fixing is a betting scandal in which players or officials are paid money in order to make something happen at specific times that people can bet on. Imagine a bowler bowling a wide as the second ball of a T20 match, which happens deliberately and only certain people know is going to be the case. They can bet on it happening and make huge amounts of money, whilst all other punters will have been unfairly cheated out of a wager. The fact that something like a player bowling a wide is a very natural occurrence makes it very hard to spot.

On the 14th of May, 2012, India TV, an Indian news channel, shared footage of a sting operation that it had carried out that accused five IPL players of spot-fixing. The give players were immediately suspended, though a report said that none of the players were guilty. India TV responded by saying that the channel was confident in its operation and were prepared to go to court if necessary, with one of the accused players, Mohnish Mishra, claiming that he’d been paid around $200,000 in ‘black money’.

Nearly exactly a year later, three players of the Rajasthan Royals IPL team were arrested by police in Delhi. They were also being accused of spot-fixing, immediately being suspended by the BCCI. A couple of weeks later, a top official from Chennai Super Kings, who was also the son-in-law of the BCCI President, was arrested by the Mumbai Crime Branch and accused of being involved in illegal betting. N. Srinivasan was told to step down from his position at the BCCI by the Supreme Court of India as a result.

Not Good for Indian Cricket Image

Whilst such allegations are significantly more serious than what happened with the fake IPL, those involved in the competition won’t have been pleased to have seen its name once again brought up in negative news stories. Though most people found the case of the fake Indian Premier League matches to be amusing, there is no question that it will have reminded a lot of people about what happened nearly a decade earlier. Indian cricket has long fought to shake off the tag of being in league with betting cheats, so this story won’t have helped.

Previous Post: « What Are the Odds of Winning the Postcode Lottery?
Next Post: How Do Escalator Jackpots Work in Bingo? »