Cricket has always been a game that has looked for ways to re-invent itself in order to appeal to a wider audience. Whilst lovers of the game will always suggest that test cricket is the sport in its purest form, there’s little question that a slow-paced event that takes place over five days will always struggle to win over certain people, hence the need for cricket to find ways to bring in those that like their sports a little bit more action-packed.

The first attempt to do this was offered by Twenty20 cricket, in which each team has a single innings of a maximum of 20 innings in which to score as many points as possible. Typically, this version of the game lasts for about 90 minutes, making it much faster-paced and therefore able to appeal to fans of sports like football. The Hundred follows the same sort of format, instead having a single innings made up of up to 100 balls.

The Origins of the Hundred 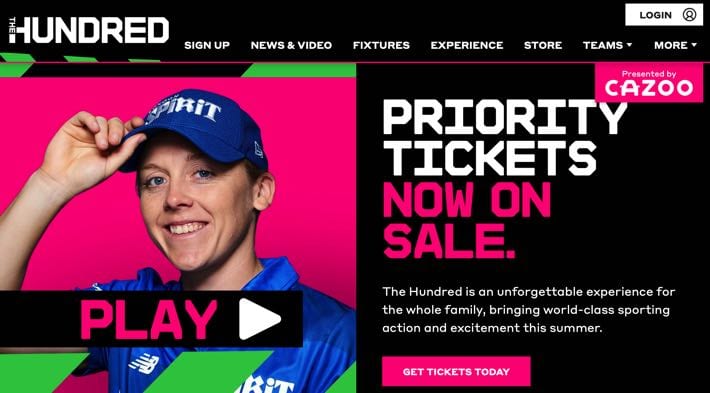 The first time that the idea of a new format of cricket tournament made the news was in 2016. This was when the England and Wales Cricket Board put forward a new style of T20 cricket that they hoped would rival the Big Bash League in Australia and India’s much-loved Indian Premier League. Discussions had taken place between the 18 first-class counties, the Professional Cricketers’ Association and the MCC for some time.

The original idea was for matches to take place at Test grounds, but still coming under the control of the ECB. The initial proposition passed by 16 votes to three, largely thanks to the support of the Marylebone Cricket Club. In April of the following year, 38 members of the England and Wales Cricket Board voted in favour of a city-based competition, with each county given additional income of at least £1.3 million as a result.

With only 31 votes needed for the motion to pass, the fact that it archived 38 and only Essex, Middlesex and Kent declined to vote in favour of it meant that the new format essentially receive overwhelming backing. Kent decided not to vote on the matter whilst Middlesex didn’t think they’d benefit because the club doesn’t have its own ground and Essex were concerned that the competition would focus on specific parts of the country.

How It Was Originally Planned to Be

The initial plans for the new cricket tournament were essentially for it to be played in a Twenty20 format. The whole idea behind looking at a shortened version of the game was down to the fact that the England and Wales Cricket Board felt that new fans were needed, so something interesting and exciting was necessary. In April of 2018, an announcement was made about the creation of 100-ball cricket.

The plan as it was originally mooted involved 15 six-ball overs followed by a ten-ball over to finish the innings off. Both teams would face a maximum of 100 balls, with the team that had notched up the most runs in that time being the winners. It was the most radical change to the way that the sport was played since the introduction of T20 in 2003, with a suggestion that the leg-before-wicket rule might be dropped for it too.

The Format of the Hundred 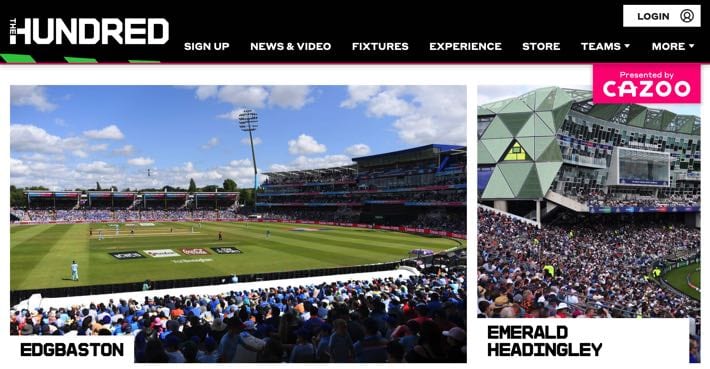 The Hundred competition will involve eight teams, each of which are based in a city around the country. The tournament will run for 38 days from mid-July to September each year, aimed to coincide with the school holidays. Each of the teams involved in the competition will play four matches at home and four away, meaning that they’ll play their closest rivals twice in a manner that is similar to Australia’s Big Bash League.

The league itself will therefore have 32 games played, with the play-offs then coming after that. The play-offs will see the top three teams at the end of the league period move forward, with the top team heading straight into the final and the teams that finished second and third playing each other in a semi-final for the right to progress to the final. All matches will be played at the same venue and on the same day.

When it comes to the actual games, the format is one based around the idea of limited overs cricket, in which 100 balls will be bowled. The bowlers will change ends after ten balls, having delivered either five or ten balls themselves. The use of the bowlers will be tactical, given that each bowler can only bowl a maximum of 20 balls per game. Each side can use a strategic time-out of up to two and a half minutes when bowling.

Each team will enjoy a 25-ball Power Play at the start of their turn bowling, during which time the fielding team can put two fielders outside of the 30-yard circle. Each squad will be made up of 15 players, with the plan being for three of them in each team to be overseas players. Overall, the format of the new competition has been specifically brought in in order to appeal to a younger and wider demographic. 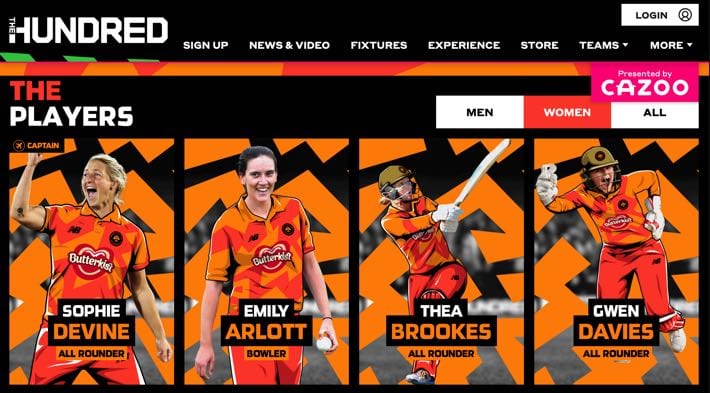 Given that the idea of the Hundred is to move cricket away from its more stuffy and boring perception, it’s perhaps not a surprise that most of the players will be based in different locations than they’re used to. There’s also the fact that the competition has been designed to be more interesting and exciting, so locating the teams in cities in order to gain a sense of rivalry was also a smart move.

Each of the teams has been given a name that is designed to provoke interest, whilst the actual make-up of the teams was done by using a draft method similar to that used in American football. With 15 players on each side, there are plenty of cricketers for fans to throw their weight behind in a similar way to how people tend to love specific footballers on the teams that they support.

The other major factor that is of interest when it comes to the Hundred is the fact that the women’s game is being put front and centre for it. Indeed, the first ever match that launched the new style of play was a women’s match, making it the first major UK sporting event that started with a women’s match rather than a men’s. Instead, the men kicked off their version of the competition the following day. Here’s a look at each team, including where it’s based and what it is called.

You can see, then, that the men’s game is mostly based in the well-known cricket grounds up and down the country, whilst the women’s game will use slightly lesser known venues for their matches. That being said, the first ever match of the Hundred took place at the Oval and involved the Oval Invincibles women’s team hosting the women’s side of the Manchester Originals, so it’s not always the case that the smaller venues will be used.

Views on the Hundred’s Launch 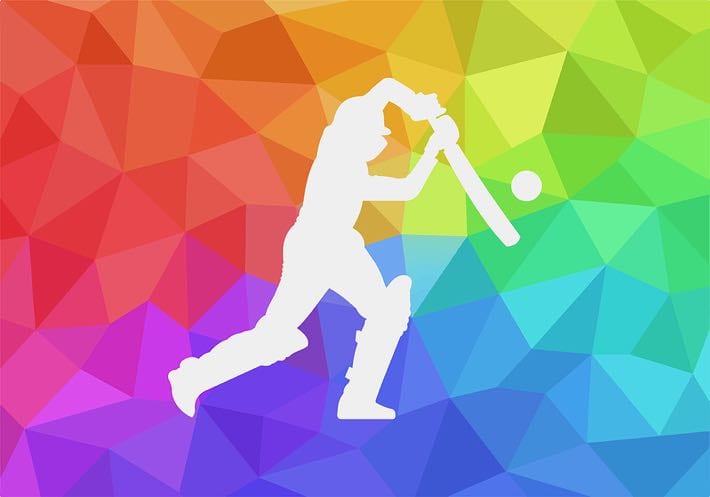 It’s fair to say that the reaction to the Hundred when it was first announced would best be described as ‘mixed’. England is a country in which cricket is populated with stuffy types that don’t get up to do a Mexican wave if they’re in the member’s area of a ground, so the idea of a bright and colourful form of the game that was intended to be exciting and to welcome new fans of the sport was always going to be tough for some to swallow.

Prior to the launch of the Hundred, the England and Wales Cricket Board did research into the type of people that typically attend cricket matches. They discovered that 82% of tickets bought for matches were purchased by men, with 94% of those attending identifying as white British. In addition to that, 65% would call themselves upper middle, middle or lower middle class, so the face of the sport needed a change.

Joe Root, the England Test cricket captain at the time that the Hundred was launched, was generally positive about it and felt that it stood a good chance of attracting a new audience to the sport. Eoin Morgan, the One Day International and Twenty20 captain, said something similar, with Stuart Broad admitting that he was ‘hugely optimistic’ about the manner in which the new format would change the game for the better.

It wasn’t all positive messaging, however. George Dobell from Cricinfo described it as being akin to ‘the franchising of Kentucky Fried Chicken’. The New Zealand all-rounder, Jimmy Neesham, wasn’t sure why the ECB wanted to try something so drastically different when, in his opinion, the Twenty20 format already worked well. The former head of the Marylebone Cricket Club, Keith Bradshaw, said that he feared it was ‘innovation for innovation’s sake’.

Adapting with the Times

Perhaps somewhat unsurprisingly, fans of counties whose home grounds weren’t going to be used for any of the eight teams opposed the competition, getting the hashtag #OpposeThe100 trending on Twitter on the day of the draft. As with many things launched in the modern era, it was always likely that there would be a group of dissenting voices to the Hundred, but cricket is a sport that has learned to adapt and change with skill over the years and it’s unlikely that things will be any different this time around.