Texas Hold’em Poker has quickly become the most popular card game in the world.  The idea of Texas Hold’em originally gained popularity after the movie “Rounders” was released in 1998.

Then in 2003, ESPN held the now popular World Series of Poker which was won by Chris Moneymaker, projecting the popularity of Texas Hold’em to new heights. 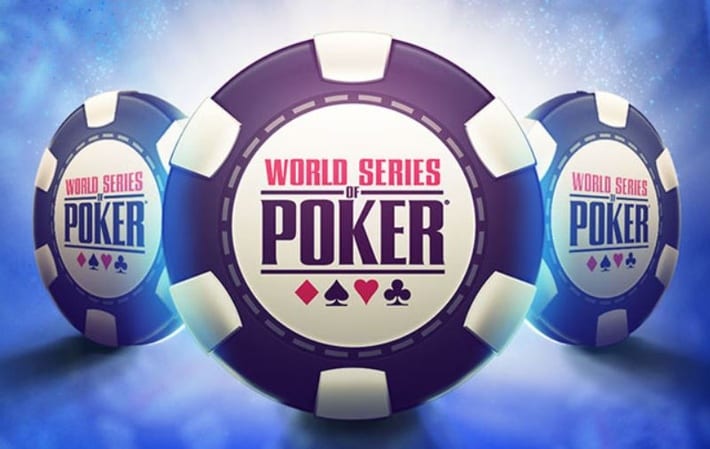 Around this time came the boom of online poker, which soon turned into a widespread frenzy for poker fans.  Hands were dealt faster, with constant running cash games, sit n’ go’s, and multi-table tournaments.  You could even win a seat into the World Series of Poker through online poker.

Today, most of the popular poker players that you see competing in the World Series can also be found at different online poker sites.

How To Play Texas Holdem Poker 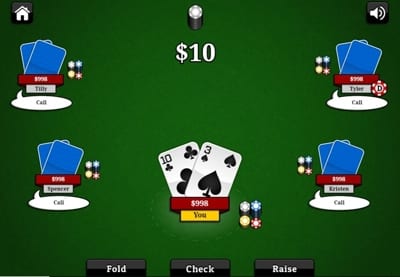 Hold’em is a game with 2 cards dealt to each player pre-flop, and 5 community cards dealt face-up, spread across 3 rounds of betting.  There is a big blind and small blind that rotate clock-wise around the table, with the small blind always being half of the big blind. 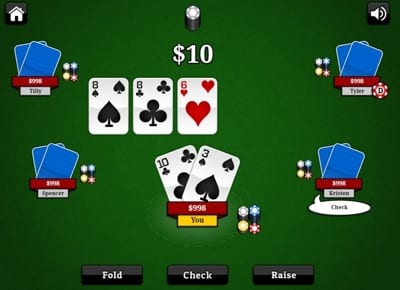 Then comes ‘the turn’ which is when just one card from the flop is turned over, leaving four cards face up on the board, followed by another round of betting.  The last card turned over is called ‘the river’, and is finished off with the last round of betting with players showing their cards after the bets are finished, and the winning player taking the pot.

Poker games fall into one of two categories – cash games or tournaments. In a cash game players are free to sit down and leave the game at any point as the poker chips represent real money. Tournaments where players pay a fixed fee to enter and the game is played until one player has all the chips. Winnings are paid out depending on where a player finishes. 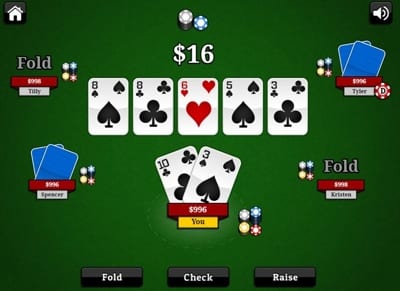 There are also two types of tournament – Sit n Go and Mult Table Tournaments (MTT’s). A Sit n Go tournament will have a set number of entrants, such as 10, 20, or 30. As soon as this number of players sign up, the game starts. Sit n Go’s are most commonly found online. 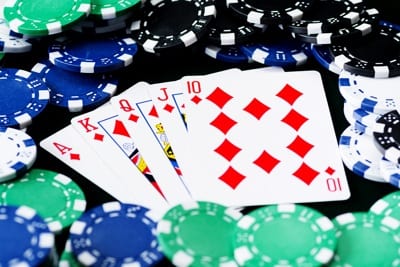 There are a few rules of the game to be sure that you understand when sitting down at a live Texas Hold’em game (typically online Hold’em games will enforce these rules so that you cannot break them):

Those are the basic rules of live poker games, which of course will vary depending on the people you’re playing with.  If you’re playing in a house game with some friends, they may have rules that differ slightly.

The most important thing to remember is that you shouldn’t play every hand.  Position is very important in poker; the closer that you are to the ‘button’ or the dealer (the last person to act before the big and small blinds), the more hands you should play.  In other words, if you’re one of the first players to act (you’re near the big blind) you should be playing very tight and throwing away most hands.

One thing you must be well versed in is which hands are the strongest and vice verser. Here’s a list of winning hands in order of best to worst:

Of course you always need to base your hand off the board, even if you have three of a kind, keep an eye out for straight or flush possibilities. It’s always important to base decisions on the board as well as how your opponent has played their hand throughout.

Examples of Hands to Play and Not to Play

You’re sitting directly next to the big blind and are the first player to act at a 9 player table early in a multi-table tournament. You’re dealt King of diamonds and 8 of hearts.

Recommended play:  Fold. This hand is just not strong enough to play in this spot with 8 players still to act after you, especially this early in a tournament.

You’re sitting 3 seats to the right of the dealer at a 9 player table and are dealt Ace of diamonds and Queen of hearts in a cash game.  One player raised before you to 3x the big blind.

Recommended play:  Call. Ace/Queen is a very strong hand, especially in a cash game. You also have a pretty strong position at the table.

You’re playing in a Sit-n-Go and are on the button, it folds all the way to you and you are dealt 8 of diamonds and 7 of clubs.  It’s early in the 27 player Sit-N-Go, with 23 players still remaining.

Recommended play:  I’d raise to 2.5 the big blind in an attempt to steal the blinds.  8/7 off suit is not an awful hand either, and if someone is to call you could always get a nice flop.

So now that you know the basics get out there on the tables and have some fun, but remember, start at the small stakes and build your way up to the higher buy-ins as you gain experience.