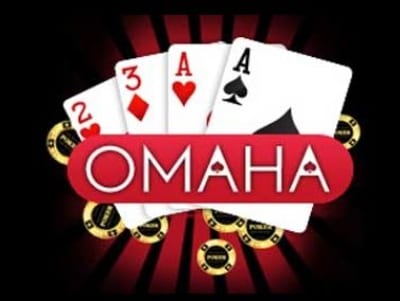 Omaha Poker is a game that was created from Texas Hold’em Poker. It was casino executive Robert Turner first brought Omaha into a casino when he introduced it to Bill Boyd, who in turn liked it, then offered it as a game at the Golden Nugget Casino in Las Vegas.

In Omaha Poker you are dealt 4 cards instead of 2, but still only play two of them.  There is still a flop, turn, and river dealt out and you use 3 of the 5 community cards to create your hand. Omaha Poker can be played in two forms – Hi and Hi/Lo. In Omaha Hi, the highest hand wins whilst in Omaha Hi/Lo, players simultaneously play for both the best possible hand and the lowest possible hand.

How To Play Omaha Poker 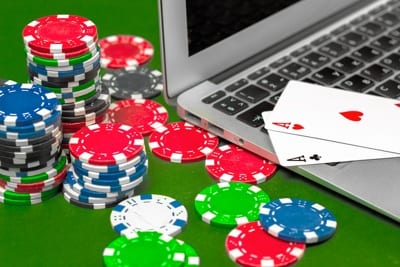 4 cards are dealt to each player pre-flop, with 5 community cards dealt face-up, spread across 3 rounds of betting (just like Hold’em).  It’s played almost exactly identically to hold’em through the rounds of betting.

The main difference between Omaha and Hold’em is that you can only play 2 of the 4 cards in your hand so it can be a bit tricky, and hands that may seem very strong in Hold’em (such as three of a kind), aren’t always as strong in Omaha.

Another thing to know is that you can not play less than two cards from your hand.  For example:  If you have Ace of hearts, King of spades, 5 of clubs, 10 of diamonds and the flop has four hearts on it, you do not qualify for an Ace-high flush.  You have to contribute 2 of the suit from your own hand in order to have a flush, and the same rules go for a straight.

Omaha poker is played in a few different ways but most commonly cash games.  PLO (pot limit Omaha) is the most common form of Omaha – in this game players may only raise an amount up to the size of the pot, and no more.  There are a few different strategies when playing PLO, but most people tend to either play with a deep stack or a short stack.  Short stacking basically means that you’re looking for spots to get all your money in the middle, whereas if you are playing with a deep stack your intention is to play more hands and see more flops.

There are a few rules of the game that you must remember when sitting down at an Omaha table:

Omaha does have a few more basic rules than hold’em does, and of course, there may be more depending on where you’re playing and whether or not you’re playing online. 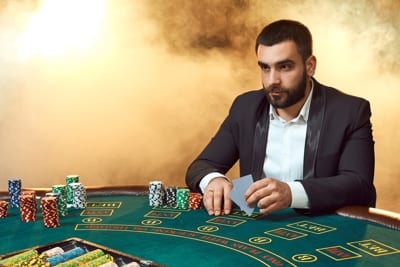 The most important thing to remember is to be careful about what starting hands you’re playing.  If you have 5,5,5,8 as your starting hand you can’t play all three of those 5’s.  Good starting hands can range anywhere from suited connectors, or connecting cards (Jack of hearts, Queen of hearts, King of diamonds, 10 of clubs).

You want to give yourself plenty of options on the flop, so straight and flush opportunities are great to look out for.  You also don’t want to get too caught up in getting pocket pairs; having two 8’s in your hand isn’t nearly the same in Omaha as it is in Hold’em (depending on the situation of course).   Here are a few thoughts on some very strong starting hands regardless of your seating position:

There are a lot of things to take into account when playing Omaha, but being aware of the board and what is potentially out there is critical.

Where you stand:  Remember, it may look here like you have a full house, but you only have three of a kind (10’s), because you can only play two of the cards in your hand.  Don’t let confusion get the better of you.

Where you stand:  Again, it looks like you could have a straight, but you can only play two cards, so you actually have two pair (10’s and 9’s). You may be in an ok spot here with the board not having a flush draw and only an outside shot at a straight draw.

Where you stand:  You had a great flop and hit a full house, so don’t let the flush draw out there scare you.  You play the two 4’s in your hand and the 4 of spades, 8 of clubs, and 8 of diamonds on the board for your boat.

Omaha may seem a bit confusing at first, but as you play it more often you’ll start to pick it up and become more confident as you go along. Omaha poker can be one of the most fun poker variations to play, so get out there and hit the tables to practice and see if it’s for you.