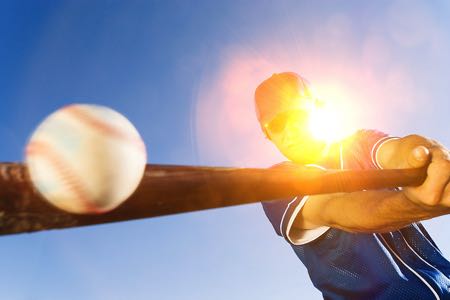 For most people, sports are really important. The Liverpool manager Bill Shankly once said, “Somebody said that ‘football’s a matter of life and death to you’. I said ‘listen, it’s more important than that.’” It is a sentiment that is oft-repeated, with the much respected coach Arrigo Sacchi saying that football is “the most important of the least important things in life.” When watching important games, fans of sports teams will often feel as though their life depends on the win, but for a group of prisoners in America in the 1900s, it really did.

According to a book written by Howard Kazanjian and Chris Enss, members of Wyoming State Penitentiary were invited to take part in a baseball team. Those that performed well could get time taken off their sentences, whilst those that ‘cost the team the win’ would find themselves facing the death penalty. Though the team played just four games, it led to an exciting tale in the book, The Death Row All Stars: A Story of Baseball, Corruption, and Murder. It is a story that we’ll look to tell you about here.

In April of 1911, the state of Wyoming banned the cruel and ‘merciless’ system that had been employed to house prisoners. As a result, a new prison warden was brought in to ensure that conditions were more acceptable. That new warden was the sheriff of Big Horn County, Felix Alston. Offering prisoners a much more compassionate approach to their sentences than his predecessor, Alston instituted numerous reforms that included a road-building program, exercise for the prisoners and a baseball team for inmates.

The Wyoming State Penitentiary All-Stars, as the team became known, played its first game outside the prison on the 18th of July in 1911. They were up against the Wyoming Supply Company Juniors, who were one of the best local teams at the time. The All-Stars had a team that featured a forger, three killers, the same number of rapists and five thieves. Joseph Seng was the star player, having been sent to prison after being convicted of murdering his lover’s husband. He hit two home runs, including a grand slam, leading to an 11-1 victory for the prisoners.

The All-Stars played four games in total, all against the Wyoming Supply Company Juniors. Unsurprisingly, there was intense interest in the games from not only the locals but also from journalists around the country. The Washington Post ran an article about the first game that was entitled ‘Slayer Scores Home Runs’. It wasn’t just the fact that they were playing that journalists latched onto but also the professional manner in which the prisoners conducted themselves. The Carbon County Journal said the following about Seng:

Joseph Seng, who was convicted of murder in the first degree and sentenced to death, played a classy game all the way through. He will petition the governor to commute his sentence to life imprisonment sometime this month.

The All-Stars won their second game by the same score as the first, with Seng going 4-for-4. Nine days later and the team referred to as the Cons by the Carbon County Journal won their third game, this time seeing Seng go 2-for-5. They once again scored 11 runs, this time allowing the Juniors to score 4 in reply. As the summer wore on, there was a feeling in the prison that Seng had lost his appeal but was being kept alive because of his importance the the baseball team; a rumour that was given more credence when he was still alive on August 23rd, having had his execution scheduled for the 22nd.

The All-Stars’ final game came on August 29th, which they also won. This time the score was a more exciting 15-10, but Alston began to talk about replacing the baseball initiative with an education program not long after. There was a sense that the baseball might return in the future, but when Seng was executed on the 24th of May 2012, that notion died with him. At least, according to the Carbon County Journal, he ‘went to his death in a manner which stamped him as a brave man’.

Was It Gambling That Put an End to the Death Row Baseball Team? 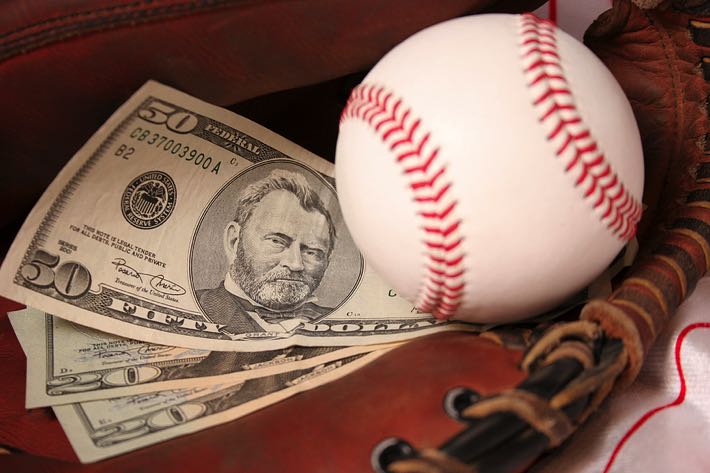 George Saban was the captain of the Wyoming State Penitentiary All-Stars. A convicted murderer who had ambushed three sleeping sheep herders and shot them in the face, was considered by many to have acted in a justified manner. That is because his actions were part of a wider ongoing battle between cattle ranchers and sheep herders of their territory. Regardless, Saban just so happened to be Sheriff Alston’s best friend, according to his grandson. Though he’d been given 20-years for his crime, he was also allowed certain dispensations by the prison.

One such dispensation was that he was allowed to come and go from the prison as he pleased, even being given civilian clothes to do so. When he left he was often accompanied by a prison guard who had family in the cattle business. Even so, it is pretty astonishing that he could just leave the prison when he felt like it. He would often make his way to local bars, where he would then take bets on the upcoming All-Stars game. He gave the bettors inside information on the team, taking 20% for himself in commission.

Thomas Cameron was a pitcher for the All-Stars who was at the plate in front of a closely-packed crowd. His first throw for a game was a poor one, striking the shoulder of the opposition batter and disappearing into the stands, allowing him to make a run for first-base. For the batter, the wild pitch was fortunate. For Cameron, a convicted rapist, it was anything but. As with the other players on the team, he knew that a bad performance could be life-threatening, such was the extent to which the players were being threatened to play well.

Stakes for the Players Were Life & Death

In terms of pressure, it wouldn’t have helped Cameron that many from the town of Rawlins, as well as the prison warden, had a decent sum of money riding on the result of the baseball game. Of course, the stakes in play for the All-Stars team were much higher. If they played well then fine, but if they didn’t then it might well result in their executions being brought forward. That is a gamble far more noteworthy than a few dollars, but the very fact that people were gambling on the game’s outcome was what would cause its eventual downfall.

One person that was none too happy about this was Otto Gramm, the former commander of the prison between 1903 and when the changes were brought in a decade later. Johnson, the guard who accompanied Saban into town from the prison, was acting as an informer for Gramm and told him about the gambling. Gramm told his friend, the Wyoming Senator Francis Warren, about it and that Saban was placing illegal bets with Alston’s money. This was information that Warren believed could be useful in the future.

Time Added to Their Sentences for Playing Badly

When a practice session went particularly badly for members of the All-Stars team, Saban reportedly told the players that anyone who made an error would have time added to their sentence, whilst victories would lead to stays of execution and time off their sentences. This information had, it was claimed, come directly from Alston. He also shared the information with the gamblers in the town, who were reassured that the players on the team had a suitable incentive to play as well as they could in the future matches.

In September of 1911, Governor Carey chose to install a state-wide crackdown on gambling. This was likely in order to deflect from rumours that were being spread, probably by Gramm, that some of the state officials had played a role in the bets being placed on the baseball matches. Carey wrote to Alston expressing his concerns, with Alston announcing an end to the baseball All-Stars not long after. Though bettors were told by Saban that it would only be a short-term cessation of proceedings, waiting for the gambling rumours to die down, it never returned.

The Target on Seng’s Back

Even before his actual execution, Joseph Seng’s life was nearly cut short. A prisoner, who was supposed to have his movement limited thanks to the ten-pound steel ball that had been attached to his leg, carried it up a staircase in the prison until he found a small box that was used for garbage. Half-filled with sand, the box was extremely heavy and would have made a decent weapon off its own accord. When dropped off a height, however, it would have become a deadly object, which is exactly what the prisoner had in mind.

The prisoner in question picked the box up, leaned across the railing and let go. It sailed 25-feet down, perfectly in line with Seng’s head. Just as it was about to strike, and unaware of his impending doom, Seng bent forwards to speak to a guard, meaning that the box missed him by millimetres. Quite why it was that the prisoner wanted Seng dead has never been established, though it is possible that it was more to do with the reason why he was in the prison in the first place than anything to do with the baseball.

Prison Life Before the Baseball Team Was Formed 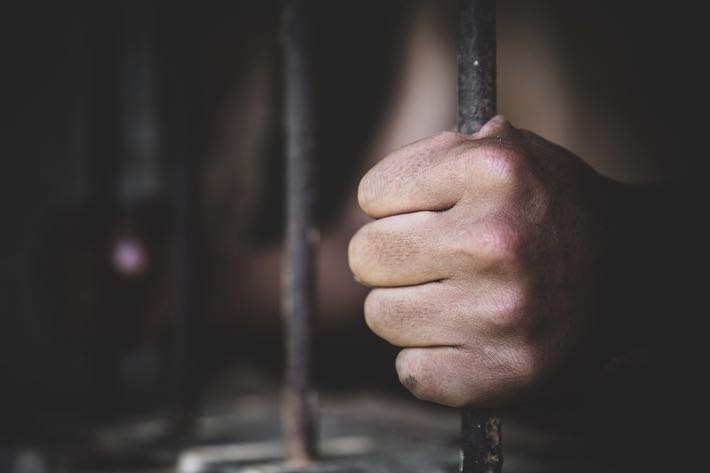 For the players that made it onto the Wyoming State Penitentiary All-Stars baseball team, the threat of having their execution brought forward or the promise of having their sentence cut short depending on how they played won’t have been an exciting one. Yet life before Otto Gramm was expelled as prison warden wasn’t all that hopeful. The town of Rawlins, where the State Penitentiary was located then and still is now, had long boasted an old-school approach to crime, including the fact that lawbreakers would be skinned when caught.

George Parrott killed two deputy sheriffs when he was trying to rob a train, but was caught and lynched for his crime by the citizens of Rawlins. His skin was used to make shoes. It was from that environment that the Wyoming State Penitentiary was born in 1901, so it is little surprise that the prisoners were kept in less than hospitable conditions. Gramm, a millionaire, calculated the meals of the prisoners down to ‘the last bean’, ensuring that just enough food was given to them so that they didn’t starve to death.

One of the first things that he did was to set up a broom-making business, getting the prisoners to assemble brooms that he could sell outside the prison. Between 1903 and 1911, he made $250,000 from the sales of the brooms. The prisoners didn’t see a cent of it, instead being kept in ‘merciless’ conditions that were ‘of the Dark Ages’. To give a sense of how much more pleasant life was under Alston, the inmates bought him a gold watch as a Christmas present in 1911 as a thank you for the changes that he introduced.

Previous Post: « What Game Does James Bond Play at the Casino?
Next Post: Do Online Casino Games Pay More Than at a Land Based Casino? »