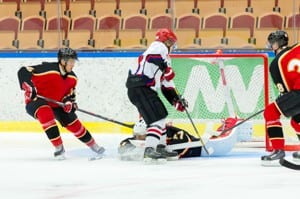 One of the biggest sports in the US and Canada is undoubtedly Ice Hockey. It gets millions of viewers each week, mainly tuning in to watch biggest league in the world, the NHL. The fast paced game means that it’s one that draws in spectators, but from a betting perspective, the competitive nature of these games makes them a hot bed for punters as well.

As mentioned, it’s undoubted that the main appeal from the sport comes from the Americas, but Ice Hockey is actually a massively popular market outside of this area, with some massively developing leagues situated throughout Europe.

Because of the increasing global appeal of the sport, it’s lead to many bookmakers outside of the US offering up comprehensive betting markets on both the NHL and European/ world leagues.

Competition in the gambling industry is a punters best friend and when you get to a point where bookmakers are trying all they can to gain a following through that sport, the range and depth of markets increase as a result. Ice Hockey, whilst still an emerging market in Europe, is definitely one that has gained serious traction over the last few years and likely one that’s going to keep expanding as we move forward.

The first thing you will notice abou Coral is that they are very hot on their NHL coverage, which is to be expected. At the time of writing the NHL play-offs just so happen to be taking place and we noticed an increase in both coverage and the number of markets that are currently being offered as a result.

For each game you’ll be looking at targeting the 60 minute betting, money line, handicap betting, total over/under goals, home/away total goals, correct score and a host of other, slightly smaller markets. The total number is well in excess of 20 for each game in the NHL. Once noticeable difference is that Coral tend to keep their lingo to something that most sports bettors in the EU will be more familiar with. By this we mean that terms such as money line, props and game lines are kept to a minimum and are instead replaced with handicap bets, correct score and W-D-W bet types.

A great inclusion for Coral has to be the affiliation with their live streaming service. The range of games are of a good standard and they even include some of the NHL play off games, which will be a bit coop for them.

Outside of the NHL Coral will be targeting a lot of the major international European games that are on offer. These will include both the IHF World Championships and the Euro Hockey Tour. Their coverage of European domestic leagues is probably the only section that suffer somewhat and whilst they do have games throughout the year, they are sporadic at best.

ComeOn may not be the most well known bookmaker in the industry, but they are an excellent choice if you are looking to bet on American Sports, especially Ice Hockey. What stood out for us in particular with ComeOn is that they covered a much wider range of leagues that even the two bookmakers above. The inclusion of both Canadian leagues and the AHL (American Hockey League) in the US, which is equivalent to a feeder league for the NHL, was particularly commendable.

To go with each league you were also able to get a number of markets to bet on. These included Money line, handicap, Over/under goals, 1st period winner, first to score, last to score, odd/even goals, exact score and handicap for over/under goals. We will say that this range isn’t as large as Coral, but it’s likely going to be more than enough for most punters.

We were also impressed with the coverage outside of the US and Canada, with games from the European Tour, European Challenge, World Championships and World Championships Division 1. ComeOn are also one of very bookmakers that provide Ice Hockey specific promotions, usually in the form of a free bet or deposit bonus when the higher profile matches are on.

How to Bet on Ice Hockey

Betting on Ice Hockey isn’t always as straightforward as some sports. You often get three game line markets’ to choose from. The first is called the ‘line’ market which is basically the same as handicapping. The second is the ‘totals’ market where you choose the over or under on the amount of goals in a game. The third is the ‘money line’ which is basically the same as match betting or simply choosing a winner of the game.

American sports – with Ice hockey being no exception – often have a different look to how their bets are set out. What’s key to remember is that they work very much the same as Euro betting markets, but are simply presented slightly differently.

The main section is the game line and more specifically, the money line. The money line is essentially the price for that team to win, without any handicaps being applied. Most Euro bookmakers will have this written down in either a fractional or decimal format, but some may revert back to American style just for authenticity.

The next two most popular betting markets are the total goals and line, which is essentially the handicap for each team. Total goals will give you a line and then you need to decide whether you want to take over or under that line. If the result falls on that line then the bet will be seen as a push and stakes will be returned. The line bet is the handicap and this will be a certain number of goals added to the final result of the match to create the handicap result.

A number of Ice Hockey games may finish in normal time as a draw, but we know that games in Ice Hockey will be played out to find a result, this is where overtime comes in to play. Most bookmakers will include overtime results and scores in their bets unless otherwise stated.

For the majority of markets, if a bet was to land as a tie or a result is not obtained throughout the course of the game, then dead heat rules will apply to that market. In 2-way markets push rules will apply to most bets and in 3-way markets bets will be settled in regulation time with the exception of ‘When will it end’ markets.

What Animals Do People Race (Other Than Horses & Dogs)?