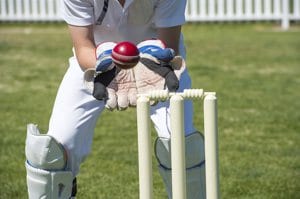 Even though cricket isn’t the first sport to come to mind when talking about sports betting, it actually has a bit of a cult following within the industry. Whilst the majority of casual bettors are unlikely to bet on a cricket match – at least compared to a horse race or football match – there are still plenty of people who bet on it regularly.

That being said, a number of bookmakers now operate a huge catalogue of less obvious markets to wager on with a wide range of game coverage to boot. One of the main reasons as to why cricket is gaining popularity from punters is the coverage it gets thanks to television rights. Those of you based in the UK will know that the sport now plays a huge role for some of the bigger satellite companies, and even has dedicated TV channels.

Still, it’s not unfair to say that cricket betting isn’t for everyone. It’s a sport that people tend to love or hate, and there appears to be very little middle ground. Hopefully, for those of you that want to give it a go, some of the bookmakers that we have picked out will be a good fit and suit your cricket betting needs.

BetVictor come in at number one on our list that is mainly down to their market coverage being excellent. They possibly don’t include as many features as we would like but they will make a really awesome base for any cricket enthusiast. As with most sports that BetVictor cover extensively, their in-play section is one that really comes to life and is a real pleasure to use. Here you can see information such as latest scores but it also allows you to track a really wide range of markets as well.

The site probably lacks a little from the number of tournaments that are covered. You will get all your main choices such as the English domestic leagues and major international matches, but aside from that, the lesser competitions aren’t as well covered.

The thing with Coral is that the site always feels really fresh and we like the markets that they have on offer. They aren’t necessarily all exclusive to Coral, in fact you can probably find them all somewhere online, but as a collection we feel they tend to strike a really nice balance between ones that are common and then others that are less common, but still good value.

One thing we noticed is that Coral haven’t included cricket on their live streaming channel, which is a shame. Whilst we rank them in the middle of the pack, we definitely feel that if you haven’t already tried them, they are worth popping back to every now and then, if only to take advantage of their enhanced offers for betting on cricket.

Betfred are another decent choice when it comes to cricket betting. We feel their ranking is deserving because they don’t cover the range of markets that the three bookmakers above them do. But, as with most of these posts, you will find that they will be more than adequate for the majority of bettors, but in terms of extra features, Betfred do lack a little.

The biggest void probably comes in the form of the number of matches covered. Outside of big international tournaments and domestic English cricket, markets can feel very slim, especially in comparison to likes of BetVictor. It’s an even bigger shame because once we got into the fixtures, the markets that were on offer were particularly impressive. We loves the range of ‘tongue in cheek’ markets such as who will win the toss with both teams odds on for a coin toss!

As ever with Betfred, they do a lot of things very well, but just can’t seem to get over the finish line. Their cricket betting section is decent, but it doesn’t go the extra mile and if you compare this to the likes of football on their site, then it doesn’t even get a look in!

It may seem like Ladbrokes have come last in our poll, and technically they have, but you could probably link the final three spots altogether as they each offer very similar products when it comes to cricket betting.

They are another that concentrates heavily on the English domestic season along with international matches. We do like the fact that they include a cricket HUB of which can select/de-select the markets that you want to bet on. They are another bookmaker who turn the majority of their match markets live and then you can again choose which markets you want highlighted when into the live betting section.

Feature wise, the site is a little thin on the ground. We were a little disappointed from the live section for it not include some sort of up to date scoreboard and also the lack of any live streaming service is one factor that stopped it’s progression in our cricket betting poll.

How to Bet on Cricket

As you will already be aware, there are a number of bookmakers who dedicate a good deal of time and effort to cricket. Market range and depth varies from one to another, so it’s not necessarily just a case of picking the #1 ranked bookmaker to bet with; you need to first work out what you want to bet on and what you want from the bookmaker.

Are you chasing the best odds? The biggest bonuses? Free bets? Do you want to be able to bet live and if so, do you need live streaming? Ideally, there would one bookmaker that comes out on top for every category, but life is never that simple, so you will probably have to decide what is most important for you and go from there.

The match odds market is going to be the most popular, and this is simply a case of predicting the overall result of the game.

Remember though, in cricket, there will be some matches that can finish tied and others that have to have a result either way. This needs to be factored in when betting on this market.

Top batsman requires you to bet on the player that you think will score the most runs in a particular match. Often this will be broken down into two markets with one for each team and then betting versus that team. Occasionally you can pick an overall winner, but this is more likely to be a separate market.

Similarly, you will be able to bet on who you think will be top bowler in the game. This comes down to the number of wickets they have each taken, but if this ends up as a tie the decision is made on average runs per wicket.

Betting on the total number of fours or sixes in the game (from both sides) has proved to be quite a popular wager within the cricket betting community.

These bets can either take into account the total number of fours/sixes scored in one innings, or the total number scored in the game. More often than not this will be a multiple choice type of bet, with a spread or group of numbers to pick from.

The spread is another popular market to bet on with cricket. This is a points system that allows you to take over or under a certain amount of runs for each innings. You bet per point (or per run as it’s more commonly known) and you will win money for every point/run over or under your prediction, depending on whether you bet under or over in the first place.

You can see why this one would be exciting.

Cricket is actually one of the more complicated sports when it comes to betting rules, mainly because the weather so frequently affects gameplay. Let’s try and clear a couple of them up for you.

Limited overs games will pay out on match bets should the game start and then finish with an official result. Match bets will be settled if the game finishes in a bowl out or a super over. The only way bets will be rendered void is if no play has taken place for that game or the game is abandoned for any reason.

Test matches work a little differently in that if the game is washed out or abandoned after 1 or more deliveries being bowled then the game will be settled as a draw. If the game finishes as a tie then dead heat rules will apply and the draw would be deemed as a losing bet.

The top batsman market also has a number of rules worth knowing. In games that include 2 innings only the runs from the first innings will count towards this market unless otherwise stated. A minimum number of overs need to be bowled in an innings for this bet to stand, and this number will vary depending on the format of the game – check the terms. If two or more players score the same number of runs then dead heat rules will apply.

The team to hit most boundaries market will become void unless both teams have the same number of overs. If the market had already been settled before the game sees its reduction then the market will stand.