Gamesys have been about since 2001 and in that time have managed to turn themselves into one of the most reputable game developers in the industry. But, unlike most game developers, Gamesys have actually taken it one step further and operate a number of brands within the casino sector, such as Jackpot Joy and Virgin Games.

The company has been at the heart of cutting edge casino games over the last decade or so and in that time have created some of the most notable games ever released. The software that they offer their clients is innovative, well designed and functional, which have been key features for the company to see the success that they have.

The lists of games on offer isn’t the largest by any means, but Gamesys are definitely one of those companies that have gone for quality rather than quantity. Whilst the catalogue may not be bulging, the games on offer are all really well thought out and it’s been refreshing that they haven’t just churned out substandard titles to enhance their list.

The downside to this has to be the lack of table games, however, especially when it comes to both Roulette and Blackjack, two of the most popular games in the world. Having said that, these games are pretty generic within the industry and there is only so much you can do with them, which kind of detracts from the innovative ethos that Gamesys seem to encourage throughout the company, and may explain thier absence. 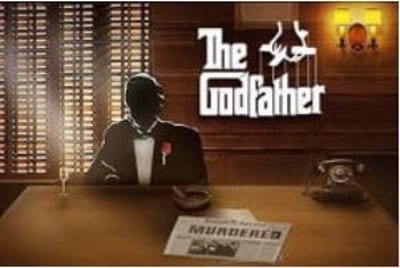 There are just 15 slots on offer within the slots section, which to be honest, is very low indeed. But, as we mentioned, the games are all of a really high standard. They not only look the part but they also come jam packed with features, bonus rounds, and the ability to change things such as paylines and even payouts.

Some of the highlights for us come in the form of Secret’s of the Phoenix, Houdini, Nuts and Bolts, Wonderland and Tiki Island; but the standout game was the only branded slot within the company, The Godfather. The game really does submerge you in the world of the Godfather film, with references to certain characters and even scenes from the movie itself – and who doesn’t recognise the theme tune?

As we mentioned, outside of slots there isn’t an awful lot going on to be honest in terms of table games. You get to choose from Pai Gow Poker, Caribbean Stud Poker, Craps, Video Poker and Hi-Lo. But, once again, whilst the range of games is relatively thin on the ground, the quality of each game is pretty much faultless.

You just get the classic variations, so don’t expect anything ground-breaking here, but each performs admirably at the job they have been intended to do. In this case, it’s tough to really fault them. 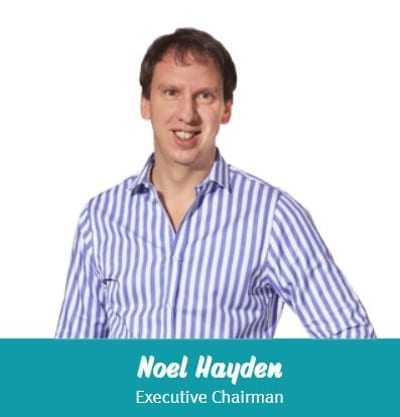 The company have developed massively since Noel Hayden started it as a one-man-band back in 2001. They now have over 25 million players around the world, over 1,000 employees, and work 51 different nationalities within the Gamesys corporation.

It didn’t take long for Hayden to really get his teeth stuck into the business. Whilst the main role of Gamesys was to provide casino games for other platforms, they unintentionally stumbled across an opportunity in the bingo industry and from that Jackpot Joy was formed. The business continued to grow and soon had to move to a newer, larger office space in Piccadilly to keep up with the demand of this ever-increasing company.

By this point, the industry was really starting to take note and Gamesys ended up winning the EGR Innovation Award in 2009 which coincided with their first millionnaire jackpot winner (£1.6million to be precise). This also coincided with the breakthrough into emerging markets such as Spain, Sweden, and Italy, along with a famous advertising deal with Barbara Windsor.

2012 was a monumental year for the company as they partnered up with none other than Facebook to create the first real money social betting platform. This then catapulted their betting profile and with their new found fame they cleared over 4.3 billion cash bets in just a single year.

By this time the company had also made their biggest acquisition to date, Virgin Games.  This allowed them to increase their platform portfolio, but they also used the Virgin Brand to good effect within the US, first striking up a deal with Tropicana Casino in New Jersey before then being the first company to launch online bingo in the US.