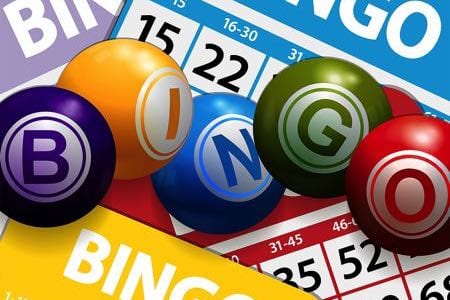 Bingo sites are common across the internet, with a theme to fit virtually anyone’s preferences. Whatever type of bingo you like to play and whenever you might wish to play, there’s going to be a site that will suit your needs. Whilst this is a given, what is not often considered is the network that hosts the various bingo sites that punters happily use, little realising how different they’d be if they were on another network.

Virtue Fusion was bought by PlayTech in 2010 in a deal worth £29 million in cash and possibly £36 million depending on the company’s performance moving forward. During peak traffic, Virtue Fusion sites accounted for in excess of 6,000 concurrent players in the United Kingdom, having licensed its products to the likes of William Hill and Paddy Power. Now companies seem to be abandoning the network, but why and where are they going?

The Brands That Changed Networks

Bingo networks are ultimately only as good as the sites that use their services. Virtue Fusion gained a really good reputation, thanks in part to the fact that a wealth of bingo players loved their sites and would only play bingo on sites that were part of the network. If companies decide to move away from said network, for whatever reason, then there’s only a limited amount that can be done to stop the metaphorical bleeding.

In the past few years, there have been a number of major brands that have decided to leave Virtue Fusion for one reason or another. When these brands decided to pull the plug on their connection to Virtue Fusion, the network could only watch as they went off to try their luck elsewhere. That sort of thing often causes a domino effect in the betting industry, with other sites soon following suit and a seeming exodus from Virtue Fusion following.

There are not a huge amount of gambling companies with a bigger footprint than Entain, the company formerly known as GVC Holdings. The company, which was founded in Luxembourg in 2004, is the parent company of betting sites like Coral, Ladbrokes and Bwin. Having rebranded as GVC Holdings in 2010, the company’s shareholders agreed to it becoming Entain in December 2020.

Headquartered on the Isle of Man, the company bought Ladbrokes Coral in March 2018, with Ladbrokes Coral using Virtue Fusion for its bingo offerings. GVC, meanwhile, had bought Cozy Games the year before, which included the Cozy Bingo Network. It made sense for GVC to transition its new company over to the bingo network that it already owned, so Virtue Fusion had to bid goodbye to Coral and Ladbrokes.

Another major bingo site that was part of Virtue Fusion but was moved over to Cozy when GVC Holdings acquired the bingo network was Foxy Bingo. Having been founded in 2005 by Cashcade, Foxy moved to PartyGaming when Cashcade was bought by them in 2009. PartyGaming merged with Bwin in 2011, with GVC Holdings then acquiring bwin.party in September of 2015 and becoming the owner of Foxy Bingo as a result.

One of the big questions for Entain to answer is whether or not Gala should follow suit and also join the Electracade network, which is what Cozy was rebranded as. On the one hand, it makes sense to want to bring it in-house, especially with Mecca Bingo also being part of the Virtue Fusion network. On the other hand, Gala is one of the most successful bingo sites around and making such a change isn’t without risks.

Another company that is quite well-known and respected within the gambling industry is Unibet. The sports betting platform also boasts online poker, a casino and bingo offerings that are used by more than 11 million customers in over 100 countries around the world. It’s part of the Kindred Group alongside other betting brands, such as Stan James and 32Red, so comes under a larger umbrella of sites.

The decision to go to a relatively unknown site was a risky one for the Kindred Group, coming at a time when most other companies were signing up with larger networks such as Dragonfish. It is a move that many feel has been a success, however, given the popularity of Unibet Bingo with players around the world. The success may well be part of what drove Entain to purchase their own bingo network.

The Shift to Dragonfish

A number of other sites decided to make the move away from Virtue Fusion and to Dragonfish, strengthening the rival bingo network’s hand when looking to acquire other sites. Dragonfish is the bingo network owned and operated by 888 Holdings, meaning that it was never likely to be one of the first networks that fellow bookmakers were going to use when choosing to leave Virtue Fusion.

Obviously, 888 Holding’s own betting sites were going to use the Dragonfish network in the same way that Entain was going to ensure that its own companies would be on the Electracade Network. Bucky Bingo is an example of a site that moved from Virtue Fusion to Dragonfish. Some bingo sites have moved the other way too, of course. It’s not uncommon for lesser known sites to jump networks relatively often.

When big sites like those owned by 888 Holdings made the move from Virtue Fusion to Dragonfish, it meant that the latter became stronger and the former weaker. It’s natural for other companies to want to follow suit, feeling that the tide is changing and they want to be on the right side of it. It’s not always a case of a bingo network actually becoming less valid or successful but just one of sites choosing where to be located.

In recent years, it has become more and more common for bingo sites to be white label offerings. This has allowed countless companies to open a bingo site and reap the associated financial rewards without actually having to worry about running or operating the site. Virtue Fusion was known to have a wealth of white label partners, which helped to boost the number of sites that were operating on the network.

A large amount of bingo sites were closed down during 2019, leading many to suspect that Virtue Fusion had changed their business model. A quick look at domains that are associated with Virtue Fusion but are inactive suggests that the only sites that are now operating on the network are doing so with their own licence. This change in operating stance has unquestionably led to Virtue Fusion’s network appearing to have been abandoned. 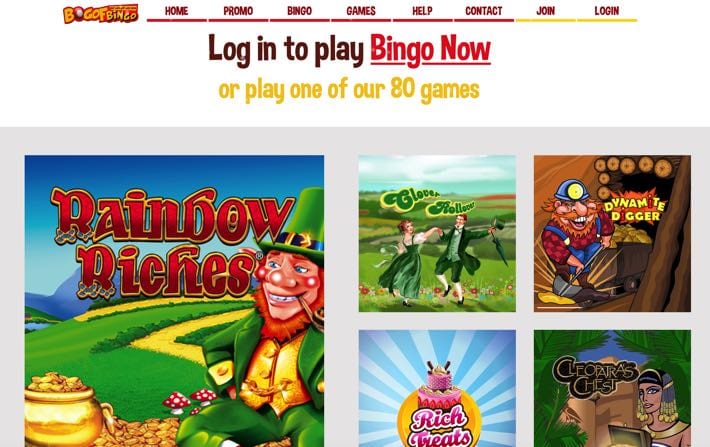 To get a sense of how much Virtue Fusion was streamlined, it’s worth having a look at the number of bingo sites that closed during 2019. The following were all white label operations that had previously been operating on the Virtue Fusion network but stopped operating that year:

The list makes it appear as if Virtue Fusion was being abandoned at a rate of knots by sites that had previously used its services, but that is slightly misleading. In comparison to Virtue Fusion’s seven sites closing, Cozy Games lost 19 sites and Dragonfish lost 16. By August of 2019, the year had already seen more sites closing than the previous calendar year, suggesting that the decision wasn’t just one being made by Virtue Fusion.

Why the Sites Were Closing

It’s likely that increased regulation by the United Kingdom Gambling Commission was a large part of the reason for companies to move away from the white label operation that they had been using for years. On top of that, the UKGC also announced plans to stop gambling companies from accepting deposits via credit cards, which will have also put pressure on the smaller and lesser-known bingo sites.

The world of online bingo is arguably the most volatile in the gambling industry, with sites shutting down far more regularly than the likes of online casinos. There are countless reasons for this, with one of the main ones being the fact that bingo networks are constantly chopping and changing what they offer. Equally, bingo networks may not want to keep offering its services to a site that isn’t providing enough customers.

Another part of the reason for a host of smaller bingo sites closing down might well be the fact that Virtue Fusion appears to want to concentrate on bigger operators. Bingo Chest, for example had been launched in 2008 and was happily ticking along and making money on a regular basis. In 2011, however, Virtue Fusion decided to close it down and also gave notice to other smaller operators.

With the likes of William Hill, Mecca Bingo and Crown Bingo on their books at the time, it made sense for the company to go after the bigger fish. Whether that business approach is the right one at a time when even some of the bigger companies are leaving Virtue Fusion is something that remains to be seen. Closing white label products makes sense because of increased regulation, but abandoning all smaller companies doesn’t.

The decision of Virtue Fusion to seemingly end its white label connections at the same time as some major brands have decided to leave the company for either different bingo networks or ones of their own has led some to question whether the company itself might soon be looking at taking a different approach to the future. After all, that’s basically what happened to Microgaming in the wake of closing its poker and bingo networks.

Microgaming decided concentrate on developing digital casino content after closing its bingo and poker networks. This was in spite of the fact that it was an extremely popular network that boasted a wealth of different bingo sites. If that can happen to a popular site like Microgaming, what’s to stop Virtue Fusion following suit? The answer might well come in the form of Virtue Fusion’s liquidity.

The company has an excellent reputation, being considered to be one of the best bingo sites on the net. With that in mind, there are too many companies that use its services and too many players that enjoy playing on their sites for Virtue Fusion to be overly worried about having to shut down its bingo operation. There’s more than enough liquidity in the company to mean that it will keep offering a bingo network for a long time to come.

Previous Post: « Who Were the Oldest Jockeys in Horse Racing (And How Old Were They?)
Next Post: Lottery Fraudsters: The Scammers Who Tried to Con Their Way to a Lotto Win »