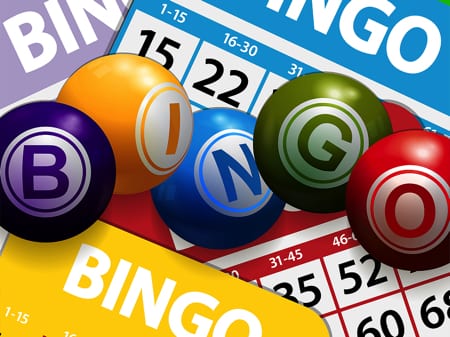 Cozy Bingo started out as a bingo network that predominantly operated white label sites. The sites could be set up relatively cheaply, with a starting price of about £5,000. The company began to grow quite quickly and soon offered punters as many as one hundred different bingo brands to choose from, including some well-known bingo names.

With more than three and a half million users registered to Cozy Bingo sites, the network was one of the largest and most impressive in the online bingo sphere. In 2017, the company was bought by GVC Holdings via one of the business’ subsidiaries, ElectraWorks. GVC ended up shutting down most of the bingo sites, migrating the rest to its ElectraWorks brand.

Cozy Games Limited launched in 2005, providing white label solutions to individuals or groups that wished to be able to offer a bingo or casino site to customers but didn’t know how to do so. Whilst it promised customers that things could be tailored and branded to suit their needs, the sites were general on the budget end of the spectrum and therefore became very popular.

Cozy provided the likes of customer care, hosting, risk management and licensing for those that bought one of their white label sites, as well as taking caring of payments. The all-round solution was based around Cozy Game’s feature-rich technology, which has taken the company more than a decade to develop.

Co-founded by Sreeram Reddy Vanga, Cozy Games’ philosophy was one of being a game-changer, setting the trends in the only gaming sector. Based on the Isle of Man, Cozy Games soon began to attract the interest of some of the gaming industry’s bigger names, with GVC Holding emerging as the front-runner to buy the business and incorporate it into its flock.

In 2017, the gaming behemoth GVC Holdings, which had launched in 2004 and already owned brands like betboo, sporting bet and Bwin, decided to buy Cozy Games. The details of the purchase were initially kept largely under wraps, though the Head Of Media Relations for GVC, Jay Dossetter, did confirm that it Cozy Games would compliment GVC’s existing B2B and B2C products.

There was a degree of confusion around the purchase at the time, though it later became clear that GVC Holdings was mainly interested in getting hold of the company’s software. It also gave them access to over one hundred bingo sites and in excess of three and a half million customers, so it certainly wasn’t the most unlikely purchase that a gaming business had ever made.

The move from GVC was done under the guise of one of the company’s subsidiaries, ElectraWorks. ElectraWorks Limited was initially set top to run the Bwin brand, so it was acquired by GVC when the company bought the Bwin operation in 2016. Under the GVC umbrella, however, ElectraWorks began to grow and develop.

In 2018, GVC Holdings continued its work diversifying its portfolio, acquiring Foxy Bingo. Foxy Bingo had originally launched in 2005 by Cashcade, a UK-based gaming company. The likes of Katie Price, Joey Essex and Heather Graham had been used as celebrity faces for Foxy, so it had a decent customer base by the time that GVC acquired it.

Having already owned Foxy since the purchase of Bwin in 2015, GVC decided to migrate the company in its entirety onto its technology platform in 2018. Having previously been on third-party networks, the move meant that GVC could control Foxy Bingo and Foxy Games entirely. The site moved onto GVC’s purpose-built bingo client.

It was a move from GVC that allowed the company to integrate a number of its different products, positioning the company as one of the strongest in the betting market. The Head of Foxy Brands, Jon Bowden, said of the move that it would allow the company’s ‘marketing, operations, CRM and VIP teams to build an experience fit for our players’.

In 2019, the story of Cozy Bingo continued to develop, with the site deciding to commit a cull of its white label sites. It happened on the first of July that year, with a huge number of sites all closing at the time. This included, but wasn’t limited to, the following bingo sites that had originally been created using Cozy Games’ software:

The move was intended to streamline the bingo offerings that were part of GVC Holding’s portfolio of online gaming sites, though initially there was no obvious reason for the decision to do so. It demonstrated the desire of GVC to ensure that they only offered bingo sites that it was felt were both profitable and fitted in with the company’s overall ethos.

Once the cull of the various Cozy Bingo sites had been completed, there was no obvious need for GVC Holdings to maintain the Cozy Games licence that had been running since the gaming giant acquired the company. When a licence shows up as surrendered on the United Kingdom Gambling Commission’s website, it means that the licensee has told the Commission that it is no longer needed.

It was yet another move from GVC to close down its rights to the Cozy Games brand in the format in which it had bought it. Obviously, the brands that GVC hadn’t decided to cull needed somewhere for their licences to be held, which is where ElectraWorks comes in. Having moved to improve that side of the business, GVC migrated all bingo sites to ElectraWorks’ licence.

It was during 2019, therefore, that Cozy Games simply ceased to exist and all previous Cozy Games sites were now part of ElectraWorks Limited. This included such big names as Foxy Bingo, Lucky Ladies Bingo and Wow Bingo, in addition to the likes of Bwin, Party Poker and Sporting Bet, which were also licensed under the ElectraWorks Limited Licence.

The End of Cozy White Labels

Having successfully migrated all of the brands that it had kept open from Cozy Games, GVC Holdings next moved to end the subsidiary’s white label offering. The move was done in order to end any Business-to-Business iterations that were in operation on the network, instead moving any remaining sites onto different networks.

Again, this move was done with the aim of strengthening parts of the business already in existence, with the Dragonfish network being the main beneficiary of the move. Dragonfish was already GVC Holding’s most successful bingo network, so the decision to shift any remaining bingo clients onto it merely served to reinforce its place in the industry. 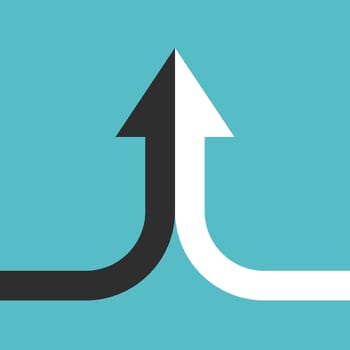 At around the same time that GVC decided to end the B2B offerings, it also chose to migrate both Ladbrokes and Coral over to the Electracade network. The company had bought the Ladbrokes Coral Group in 2018, which wasn’t long after it had merged in the first place. It was a move away from the Virtue Fusion network, which began to be more streamlined.

At the time of writing, Gala Bingo is one of the only sites owned by GVC Holdings that is still on the Virtue Fusion network. Whilst it seems likely that even Gala Bingo will be migrated eventually, it will remain on Virtue Fusion for the foreseeable future. This is because Gala Bingo has a wealth of games that boast exclusive licences.

Gala Bingo is the only place that bingo lovers can play bingo games that are officially licensed with the branding of well-known TV shows. Whether it be Emmerdale or Coronation Street or a host of other ones in between, the licensing gives them the exclusive rights to such games and it’s possible that it’s too complicated to moved them to a new network at this stage.

Previous Post: « Are Home Poker Games for Money Legal?
Next Post: What Happened to WBX? Regulatory Burdens Too Much for the World Bet Exchange »