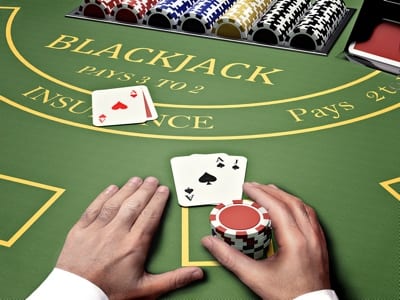 One of the most famous sayings to do with casinos is that the house always wins. Often it is used when referring to topics that have nothing to do with gambling, essentially stating that those in charge always come out on top. The reason why it came about in the first place, though, is that casinos set themselves with an in-built edge to every game played within their walls, meaning that they will always win money over the course of a full day or week and will therefore always end up on top.

That doesn’t mean that you’ll always lose, of course. If you sit at a blackjack table with four other people you could win all night and as long as the others all lose more than you win, then the house will still have maintained its edge. The question on that front comes down to whether or not you’re able to be on the winning side more often than you’re on the losing one. One way of ensuring that is by looking at the house’s edge in the game you play most often so that you know ways that you can bring it in a touch. Information, after all, is power.

What the ‘Edge’ Actually Is 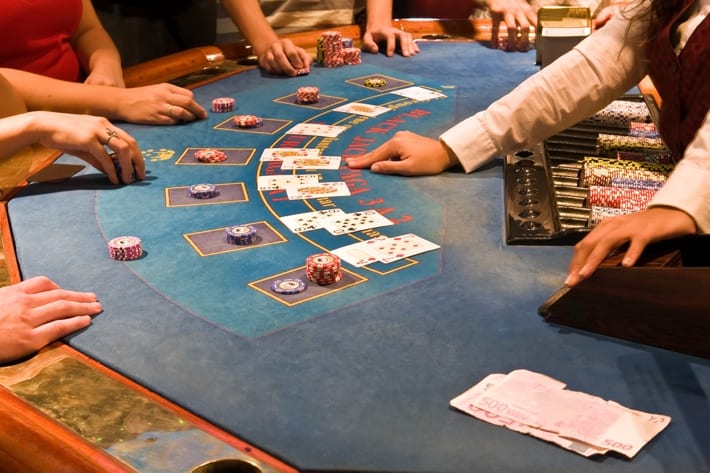 The most important thing to outline before we go too hot and heavy in talking about the things that affect the house’s edge in blackjack is what the ‘edge’ actually is. After all, it’s a phrase that people use all the time but you might not know exactly what it is that they’re referring to.

Essentially, the ‘edge’ simply refers to the statistical likelihood of who is more likely to win in any given game: the casino or the player. The edge is usually referred to in percentage terms and it means the amount of money the casino is expected to win during the course of play.

One thing that isn’t always clear is how long a period of time we’re talking about for the edge to come into play. In essence, it’s like a rolling total across a betting company’s entire gamily, so if they own two casinos, then they might expect an edge of 10% of all moneys gambled.

Blackjack’s Edge Is Usually Lower Than Most Other Games

One of the casino manager’s favourite games is roulette for the simple reason that the house edge is around 5%. Punters love it because they feel as though they can win big for a relatively small initial investment, but casinos are more than happy to see them try. The reason why is that most bettors don’t think of things in analytical terms, but instead, allow their emotions to get the best of them.

Let’s look at it this way: if you walked up to a roulette table, placed a bet of £100 on Red and saw the bet come in, what would you do next? If you said ‘walk away with my net win’ then well done. The likelihood, though, is that you thought something along the lines of ‘my luck’s in, I’ll bet again’. That’s why the casino always wins, because people end up trying to turn their own fortunes around. If you lost that initial bet then the chances are that you’d throw good money after bad as you try to get back your net win.

The edge is an average amount of money won or lost over time, so casino managers will love those of you that walk up to the roulette table and spend all night there as they know that they’ll be taking away 5% of whatever you gamble. Even if you personally end up with a net win to the tune of 2 or 3% of what you’ve bet, that just means the person next to you is likely to end up 7 or 8% down instead of the average of 5%.

When it comes to blackjack, there are two different edges for the house to look towards. A normal player who knows the basics of the game but no more than that can be expected to lose between 2 and 3% of their money during their time at the blackjack table. Sensible bettors will play using a thing known as Basic Strategy, which shifts the house edge down to closer to 1%.

What Is Basic Strategy 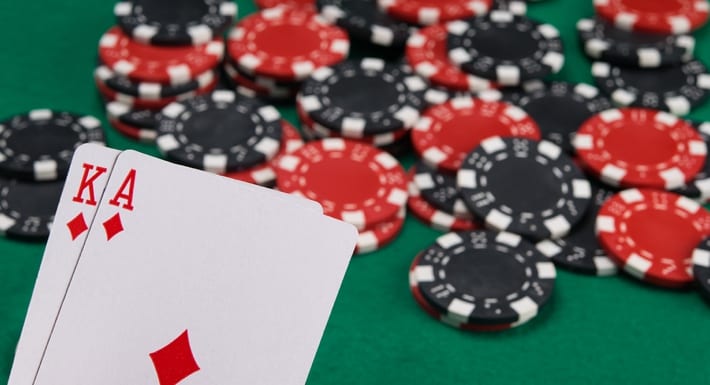 Basic strategy was created by using a computer simulation to play millions of games of blackjack and work out what the mathematical probability was of improving your hand by playing a specific strategy. That is to say, the computer simulation looked at every different possible hand that a player could be dealt and figured out how they should act with that hand in order to improve their chance of beating the dealer.

It’s important to note that the basic strategy that you should employ will differ depending on certain factors. For starters, how many decks are being used in the game will be an important factor, as will the face card dealt to the dealer. Here’s a look at the Basic Strategy for a single deck game, with the first section being your hand and the second being dictated by what the dealer’s upturned card is:

The absolute key thing to remember with Basic Strategy is that you have to follow it at all times if you want to keep the house’s edge as low as 1%. If you decide to follow your heart or get a ‘feeling’ that you might be better off to do something else then there’s a chance you could win, but there’s also a chance you could lose and hand the house a bigger edge. 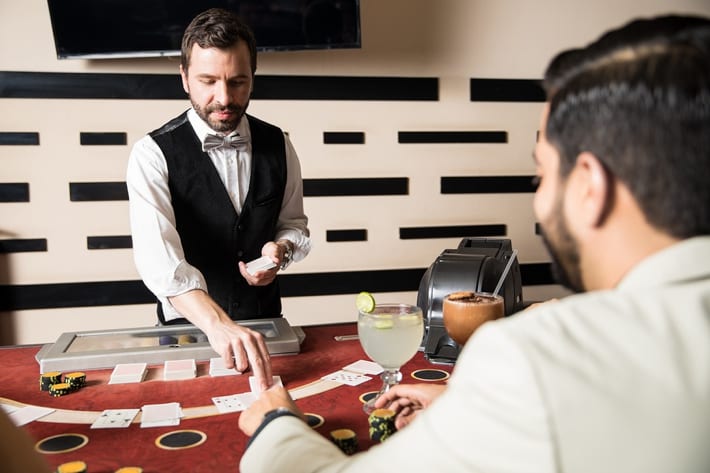 The first thing to think about is if you can count cards. Do that and you run the risk of getting on the wrong side of the casino and maybe getting thrown out or barred, but you also increase the edge to being about 1% in your favour.

One of the key things that alters the house edge is how many decks you’re playing with. The main reason for this is that the more decks are being played with, the less chance there is of you getting blackjack. In a single deck game, for example, the chances of you getting blackjack if your first card is an ace are about 31%. Play using eight decks, however, and that shifts to closer to 30%, or a real-terms difference of around 0.25%.

The various house rules dictate the edge in their advantage in a big way. The most important house rule comes down to whether or not the dealer is forced to hit when they hit a soft 17. A soft seventeen is a hand in which there’s an ace, which can be counted as either a 1 or an 11. Whether they’re forced to stand or hit on a soft seventeen can dramatically change your chances of winning.

Some casinos will not allow customers to double after splitting, meaning that you end up playing two hands but for the same amount of money. Being able to double after you’ve split will decrease the house’s edge on that hand by about 0.15%.

How many hands you’re allowed to double down on will also alter things. Some casinos will only allow you to do it on 10 or 11, with the reason for that being that doubling on any two cards you’re dealt shorten’s the house’s edge by about 0.2% if you’re playing basic strategy.

The same is true for when you get to split your hand again if you’ve already split. Some casinos only allow one split per hand, but some will let you split as many times as you have the cards to do so. Every time you split, you increase your edge over the house’s.

The final thing to mention is that the very best way of increasing your edge over the house is to quit whilst you’re ahead. If you get a series of winning hands and put yourself in a position where you have more money in your hand than you started with, then stop playing. If you keep going, then that house edge is going to kick in eventually, whether you ‘feel lucky’ or not.

Previous Post: « How Does Horse Racing Differ Around the World?
Next Post: What is the Difference Between Flat & Jumps Racing? »