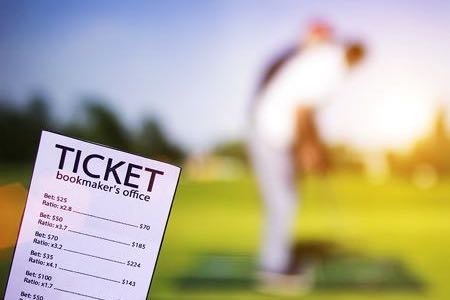 Anyone that has ever gambled will know that beating the bookmakers is nigh on impossible. You’ll get occasional wins against them, of course, but actively taking them to the cleaners for large sums of money is practically unheard of. Indeed, any time that such a story is spoken of, it usually involves something dodgy, or someone in the tale having committed some sort of actively misleading of the bookies. Winning lots of money by simply being really good at what it is that you’re betting on is unusual to say the least.

Perhaps that is why the story of the Hole-In-One Gang, who won the equivalent of nearly £1.3 million in today’s money by betting on golfers getting a hole-in-one during tournaments, is such a fun one. Those that were involved didn’t do anything elicit or illegal, they simply did their research and placed their bets with bookmakers that gave longer odds than they should have done. Their exploits probably couldn’t be carried out today on account of the move online and the death of local bookies, but it is a tale that has to be told.

The first thing to realise about the Hole-In-One Gang is that they were operating in a different era. Online bookmakers didn’t exist, given that the World Wide Web was only realised outside of CERN that year, whilst the biggest named bookies were the likes of Ladbrokes and William Hill. Indeed, the Cold War was still going on at the start of it and the Gulf War was about to get underway. Nelson Mandela had only been released from prison a few months before and Nirvana were gearing up to release Nevermind in the September.

In other words, it was a different time and things worked differently. In the world of betting, that included the existence of local bookmakers, most of which have been gobbled up by larger companies, such as Betfred and Paddy Power, nowadays. Back then, though, they weren’t linked together in the same way that bookies are today, so they couldn’t work hard to ensure that their odds weren’t too far away from each other. Instead, they would make up the odds on events according to their own methodology, which was ideal.

Bettors that knew what they were looking for could make moves to take advantage of these companies that came up with their odds by essentially putting their fingers in the air and seeing which way the wind was blowing. Few people knew that better than John Carter, a former betting shop manager, and on-course bookmaker’s clerk Paul Simons. The two gents from Essex, who were in their early 30s, wanted to come up with a plan that would allow them to make money at the expense of their former trade and thought they had just the idea.

To give you a sense of where the betting industry stood at the time, this was when British punters had to pay a 10% tax on their winnings and when match-fixing fears meant that you couldn’t place a Single bet on football matches. Instead, it was ‘Trebles minimum’, whilst horse racing wasn’t even allowed to take place on a Sunday. With all of that in mind, they decided to turn their attention to the sport of golf and, more specifically, the statistics around how often a hole-in-one was achieved by any golfer on a course.

The Formation of a Plan

Having looked at the statistics around holes-in-one at the British Newspaper Library, the pair turned their attention to newspapers and read countless stories of bettors getting one over on bookmakers but betting on a hole-in-one being achieved during a tournament. In 1979, for example, Ladbrokes had lost £8,000 to an £800 bet before losing £40,000 on a £1,000 wager on the World Matchplay event at Wentworth. Coral took a £300 bet that lost them £10,000 thanks to a hole-in-one at the Lawrence Batley Golf International.

They Did Their Research

When the pair realised that the actual likelihood of a hole-in-one being achieved at a European Tour event was about Evens, they clocked that there was money to be made. Further research led them to believe that it was odds-on that a hole-in-one would be scored at five events taking place during the 1991 golfing calendar, namely:

Next up, Carter and Simons knew that the key thing for them to do was to find bookmakers that would give them odds that were better than even money. The big-name firms of Coral, William Hill and Ladbrokes were far too astute to give away money like that, so the pair knew that their best bet of getting a big payout was to look towards independent bookmakers. There were plenty of these around the United Kingdom, with the only thing that they needed to do being to track them down. In order to do so, they photocopied the address of such privateers from the library’s copy of the yellow pages.

Having obtained 24 A to Zs in order to locate the different bookies that they were planning on targeting, the Hole-In-One Gang next needed to figure out what sort of bets they should place. Although any bet that saw them receive better odds than Evens were good, they wanted to push themselves as much as they could and ensure that they could maximise their net win wherever possible. Thus it was that ‘cluster bets’ were born, theoretically giving them a massive payout if a hole-in-one was achieved at two or more of their chosen events. 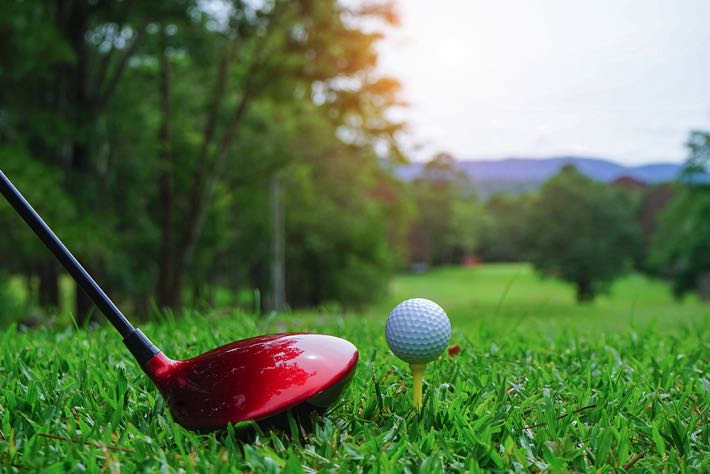 As soon the Cheltenham Festival had come to an end that March, the pair hit the road in order to place as many bets as they could with as many different bookmakers as they were able. They aimed to visit 35 bookies a day during working hours, which were far more strict back then than they are nowadays. If they could get as much as 10/1 for a hole-in-one to occur during a tournament then they’d be in dreamland, but a £10 hole-in-one treble had the possibility of paying them as much as £13,310 with the right bookies.

They enjoyed success with the first bookmaker that they visited, seeing a wealth of Doubles accepted by Gunning Bookmakers in Chichester at a cost of 5/1. As proof of just how wild the odds were likely to be, they found another bookmaker a few hours later that wouldn’t accept Multiples but was happy to offer Single bets at odds of 25/1 on four of the five events that the pair had targeted. With the bookie in question happy to lay them up to £250 on each, it meant that the paid stood to win as much as £25,000 if all of the competitions witnessed a hole-in-one.

Up and down the country Carter and Simons travelled, visiting as many independent bookmakers as they could. Though plenty refused the bets that the pair wanted to make, there were more than enough to ensure that they could win some good money. Indeed, the first bets that they’d placed meant that they would be ahead of there was just one hole-in-one achieved, so you can imagine the delight on their faces when they discovered that Jay Townsend had done just that on the 202-yard 11th at St. Mellion in the very first tournament.

Carter and Simons were at the golf course the day that Townsend aced the 11th, so they didn’t mess about when the day’s golf ended. Conscious that some bookmakers might try to find an excuse not to pay them out on their bet, they stayed on the course in order to collect an official copy of his scorecard as a verifiable document of his achievement. They also published local and national newspapers, making a copy of any report into the hole-in-one, sending copies of them all to the Sporting Life so that there could be no debate.

In the end, they actually didn’t have a problem. They dropped into all of the shops where they’d placed their win Singles on a hole-in-one being managed at the Benson & Hedges International, collecting their winnings. One such shop was Spectrum Racing out of Brighton, which paid them £660 for a £60 Single and allowed the pair to reinvest it, offering 10/1 on a hole-in-one being achieved at any of the remaining events. The pair took out six Doubles of £50 for the next four competitions that they’d highlighted.

The Bookies Tried to Fight Back 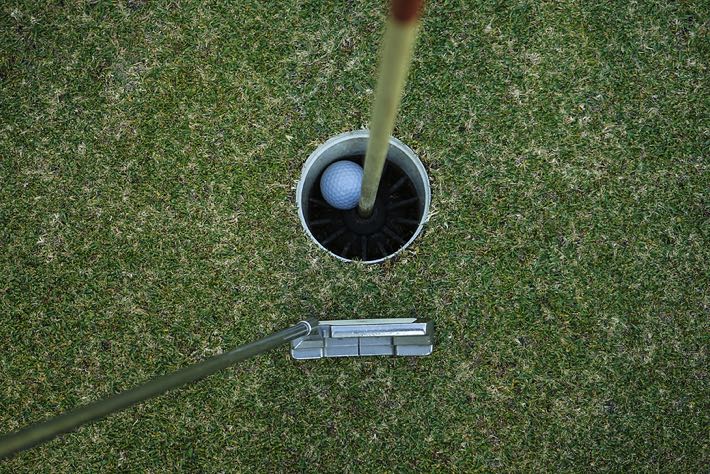 By the time that September was on the horizon, the first four of the five tournaments that they pair had bet on had seen a hole-in-one scored by at least one player. There was no independent arbitration service at the time, with Sporting Life running one under the moniker of the ‘Green Seal Service’. They reported that countless independent bookmakers had called them up saying that they felt that they’d been duped and would refuse to pay any winnings. Soon British newspapers got on board, defending the work of Carter and Simons.

The Director of the National Association of Bookmakers, Don Butler, said that he would be opening a helpline for bookies that had accepted bets from the Hole-In-One Gang. Bookmakers themselves said that they actual odds should have been 7/4 or 6/4, so they would only payout at that amount. Their worst nightmares came true on the 29th of August thanks to Spanish golfer, Miguel Angel Jimenez, who got a hole-in-one on the 17th of Walton Heath, the venue housing the European Open that made up the final leg of the competitions that the pair had bet on.

Having seen a hole-in-one achieved at all of the tournaments that they’d bet on, Carter and Simons knew that they could collect every single bet that they’d placed. This resulted in several different bookmakers being taken for as much as £20,000, which they handed over unwillingly, but fairly. There were others, though, that weren’t so keen on paying out. The owner of the aforementioned Spectrum Racing, who had taken six £50 Doubles at odds of 10/1, simply decided to flee the business without paying up a penny.

The Hole-In-One Gang had to enter into legal battles with some bookmakers in order to try to recover as much as £85,000 in winnings. Because it was not possible to collect gambling winnings in court at the time, the pair took to objecting to licences being renewed for the shops that refused to pay them what they were owed. Given that they won £500,000 in winnings, which translates to about £1.3 million today, it is little surprise that bookmakers weren’t overly happy about paying out and why the pair were absolutely delighted.

The Hole-In-One Gang released a book in 1993. Within it, they answered a question that some people had been asking them, saying, “The Hole-in-One Gang’ pair wrote: “Some people may wonder why we should pursue bookmakers when, in some instances, little cash was involved? There were many points of principle at stake, the main one being … why should reputable bookies pay-up and the whingers be allowed to escape?” A fair question, but one that the pair never got an answer to.

Previous Post: « What Is the Rake in Poker?
Next Post: Antigua v the USA: How an Online Gambling Dispute Legalised Piracy in the Caribbean »