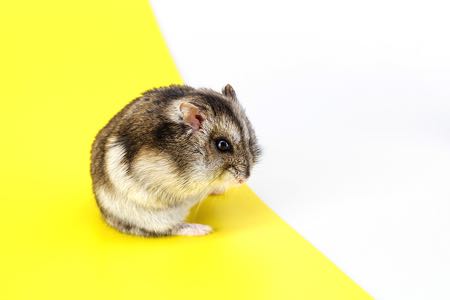 Elsewhere on the site you can read about Paul the octopus, who was a resident of Oberhausen’s Sea Life Centre and ‘predicted’ the outcome of football matches in the 2008 European Championship and the 2010 World Cup. He did as much by being presented with two boxes containing food, each of which was adorned with the flag of a country playing a match in one of the tournaments. Whichever box Paul ate from first was believed to be his predicted winner of the game, with the octopus correctly identifying the winners of eight games during the 2010 World Cup.

That idea was taken up by two friends, also based in Germany, who used a hamster to decide on the crypto currency that they would buy or sell. Mr Goxx would run on an ‘intention wheel’, which would select a currency, and then walk through either a tunnel labelled ‘buy’ or a tunnel labelled ‘sell’. At that point, electronics wired to his office would carry out the trade. He regularly out-performed human investors, proving the experiment of the two friends, which was designed to show the randomness of success in crypto currency trading.

The Start of Mr Goxx’s Journey

In 2021, a pair of friends in Germany, who wanted to remain anonymous, decided to start an experiment. They wanted to know just how random crypto currency trading actually was, so they bought a hamster and attached a ‘trading office’ to his regular cage. The idea was simple enough, when he felt like it, Mr Goxx would walk through the tunnel connecting his cage to the ‘trading floor’. On the floor, there was a hamster wheel, which would select a crypto currency every time Mr Goxx got on the wheel and span it around.

Once the crypto currency had been decided upon, Mr Goxx would get off the wheel and decide whether he wanted to buy or sell that currency. Upon entering the trading office, a livestream sparked up on Twitch, with a dedicated Twitter account letting people know that trading was about to get underway. People could tune in to the live stream in order to see what decisions Mr Goxx was making about his portfolio, with his owners keen at add the disclaimer that the entire thing was for ‘entertainment purposes only’ and that the investments made should not be considered ‘financial advice’.

How the Trades Were Made

Mr Goxx’s trading office wasn’t just a run of the mill hamster cage. Instead, the wheel and the two tunnels were wired up to ensure that the trades could take place automatically as he made his decisions. The owner of Mr Goxx was a lecturer and prototyping specialist who had an interest in new technologies. His friend, who lived hundreds of kilometres from him, was a programmer. The pair worked with each other remotely and used their skills and expertise to set up the ‘trading office’ so that everything would happen automatically.

This included sending tweets that stated something along the lines of the following:

DISCLAIMER
The stream and all related posts are for entertainment purposes only. Investments shown here are not financial advice.

When Mr Goxx finished his trading, another tweet would be sent out automatically stating something like this:

Mr. Goxx has concluded a trading session on http://twitch.tv/mr_goxx with 2 orders placed.

DISCLAIMER
The stream and all related posts are for entertainment purposes only. Investments shown here are not financial advice.

At the end of the working day, a tweet akin to the following would be sent out to his Twitter followers:

Mr. Goxx has concluded his office hours for tonight with 7 order(s) placed.

DISCLAIMER
This content is for entertainment purposes only. Investments shown here are not financial advice.

This allowed people to keep up-to-date with whatever Mr Goxx was doing in the market during a given day, though the pair behind Goxx Trading were obviously keen to point out that this wasn’t something that people should be taking very seriously.

Why Mr Goxx’s Creators Did What They Did

On the one hand, it is perhaps a tad unfair to talk about Mr Goxx’s ‘creators’, given the fact that he was a very real hamster. The trades only happened when Mr Goxx span the wheel and then went through the tunnels, yet it would also be silly not to talk about the people behind what Mr Goxx was up to. After all, whilst he might well have been a real hamster, he wasn’t really making deliberate choices in terms of what trades he was making, just as Paul the octopus wasn’t really predicting the outcome of football matches.

The pair, who were in their 30s, noticed that things were getting more and more expensive and that it is incredibly difficult to build up savings. As a result, many of the other people in their generation were turning to things like crypto currency trading without any real idea of what was going on. They joked that a hamster might be able to make better decisions than humans, so decided to set up the trading floor for Mr Goxx to see what would happen, monitoring his success rate over a period of time.

Even the hamster’s name is a nod to the world of crypto. A company called Mt. Gox was one of the most successful crypto currency exchanges in the world until the moment that it was compromised, seeing thousands of Bitcoin stolen and forcing the company to file for bankruptcy. The decision was to launch Goxx Capital, which suffered a poor opening month when Mr Goxx, who began his trading career on the 12th of June 2021 with £278 to his name, placed an order for Stellar (XLM).

Within a month, he’d made 95 trades and Goxx Capital was down 7.3%. After that, things started looking up for the furry trader, meaning that his career had gone up 19.41% by the end of September. That meant that Mr Goxx’s performance was better than the likes of the FTSE 100 and the Dow Jones, to say nothing of being better than Berkshire Hathaway, Warren Buffet’s company. Within the crypto market itself, Mr Goxx regularly out-performed Bitcoin itself, one of the biggest crypto currencies in the world.

All Good Things Must End

Though Mr Goxx enjoyed immense success when it came to trading, ultimately, he suffered from the same thing that greets us all eventually: shortness of breath. On the 24th of November 2021, a statement was made on Mr Goxx’s Twitter about that confirmed the hamster’s demise after days of not showing up on the Twitch stream.

We feared this day like no other and are truly shocked for it to happen just now.

In deep sorrow, we have to announce the loss of our beloved furry friend.

The statement referred to how Mr Goxx’s fame came ‘out of nowhere’, with his activity before he passed bringing ‘joy to people all across the globe’. The final tweet on the thread read, “Thank you and rest in peace, Max (a.k.a Mr. Goxx). You will be missed, and your memory will live forever on the blockchain.” The blockchain, of course, is what is used to keep a note of all transactions that take place in the world of crypto currency, which is a nice nod to Mr Goxx’s ‘career’ trading the numerous different cryptos out there.

The most obvious conversation to be had around Mr Goxx’s success in the world of trading is about what it says about that has a way of making money. His portfolio has increased nearly 50% from its starting position by mid-September, at which point Bitcoin crashed and took down most crypto currency investors. Obviously, those that make a career out of trading would be quick to point out that Mr Goxx was only trading for a short period of time and that such guesswork wouldn’t work out in the long-run, but is that true?

What it does help to prove is that the world of crypto currency is one that is more smoke and mirrors and trading on quicksand than actual sensible portfolio management. Everyone involved in crypto, or at least the sensible ones that don’t treat it as messiah-like, would admit that getting involved in trading it is a risky business. Those that work as financial advisors tend to tout a broad investment strategy of buy-and-hold, accepting that well-regarded asset-picking managers of portfolios would likely lose to ‘a monkey making stock picks by throwing darts at a board’.

Is it fair to suggest that Mr Goxx has proven that crypto trading is a matter of luck more than judgement? In truth, his investment work didn’t last for long enough to make a real call on that front. Had the German pair behind him hooked him up to bet on red or black on a roulette wheel, he might well have been up after three months of betting but everyone that gambles knows that the House wins eventually. It is likely that Mr Goxx would have seen his net win fall after a longer period of time, but it’s impossible to actually say as much definitively.

It Wasn’t Just Crypto That Mr Goxx Was Involved In 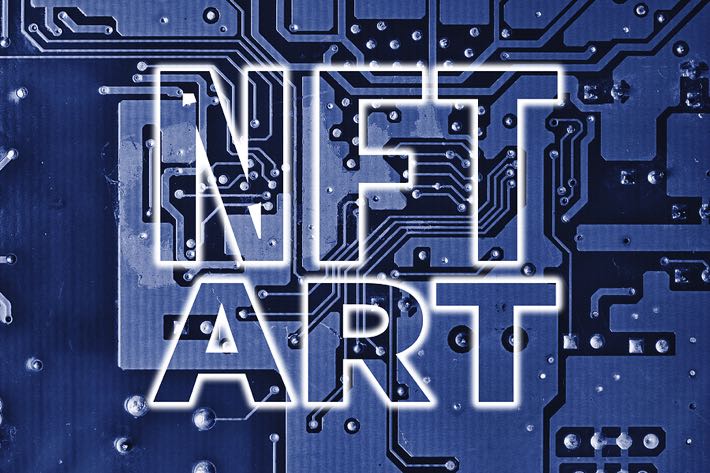 If you speak to most people about crypto currencies, conversations about NFTs won’t be far away. Non-Fungible Tokens, to give them their full title, are linked to crypto currencies and can be sold like real artwork. Indeed, a collage of images that were put together by the digital artist Beeple were sold for $69.3 million by the auction house Christie’s in 2021. They are, in essence, digital works of art that are one-of-a-kind assets that get verified by the blockchain. Artists, musicians and even influencers have got involved in NFTs, sometimes making large sums of money as a result.

Mr Goxx was not one to miss out on such an opportunity, tweeting on the 29th of September that he had received a ‘capital increase thanks to NFT sales’. The information was tweeted with the line, “Stakes just got a lot higher”. Reports suggest that he was working on an NFT of his own at the time of his death, which might well have led to him making even more money. This was always seen as something of a side-hustle for the hamster, though, with his main work always being the world of crypto trading.