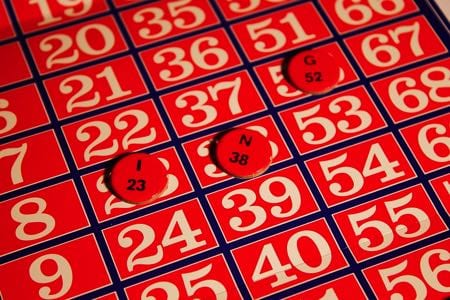 Head to a gaming hall, old person’s home or even your local church hall and there’s a very good chance that you’ll be able to enjoy some bingo if you hang around for long enough. In many places, bingo isn’t really considered to be gambling in the same way that betting on a horse race or placing an accumulator on football results would be, leading many to question whether it is even a form of gambling.

One place that certainly does think of bingo as a form of gambling is the United Kingdom Gambling Commission, depending on the form of bingo taking place. You can place bingo for cash amounts or you can play it for prizes, with the latter being less likely to fall under the UKGC’s auspices. Here we’ll look at bingo as an activity and explore whether it really is to be considered as gambling.

In 2014, the United Kingdom Gambling Commission chose to write a piece entitled ‘What Constitutes Bingo?’, such is the extent to which the game itself was misunderstood by many. The very first sentence begins, “Bingo is a traditional form of gambling”, putting to bed any notion that the UKGC might not think of it as gambling. The organisation did accept that it was undergone major innovation in recent times, however.

The need to outline what constitutes bingo came about because it is the only form of gambling that is not given a ‘specific statutory definition’ by the Gambling Act of 2005. Instead, the Act outlines bingo as ‘any version of that game, irrespective of by what name it is described’. The UKGC’s decision to provide a definition was not to change that position, but rather to ensure that it didn’t get confused with other forms of gambling.

The Gambling Commission chose to outline some ‘fundamental principles of bingo’, declaring it to be a ‘lottery played as a game’. The Gambling Act of 2005, meanwhile, distinguishes between bingo and casino gambling. The three fundamental principles that the UKGC decided upon, after consultation with a wide-ranging number of stakeholders in the bingo industry, were as follows:

In other words, every single person playing has to have an equal chance of winning for the game to be considered bingo. Equally, bingo needs to involve people actually participating in it, with a clearly defined end point in the game being necessary. Whilst they’re far from the only things that the Gambling Commission required for bingo to be considered bingo, they’re the most fundamental ones that they outlined.

Why Bingo Is Considered Gambling 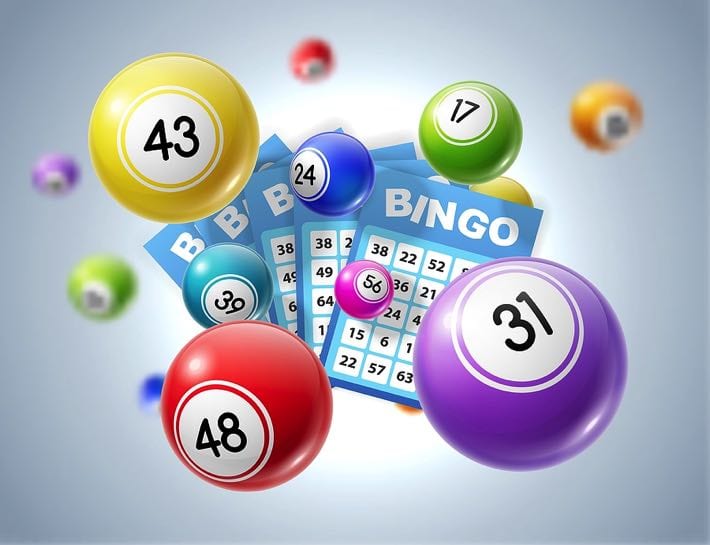 Any game of chance that involves the wagering of real money is, by its very definition, considered to be gambling. If you have paid real money to play bingo and are attempting to win real cash prizes then there’s no question that it is a form of gambling. Of course, this also means that there’s a form of bingo that isn’t considered gambling if it isn’t done for money and there are no prizes involved.

It’s why the confusion over it as a form of gambling exists. If you have a bingo set at home and play it with the kids, it’s not as if you need to have a gambling licence to do so. Equally, those offering the game to residents in a care home are unlikely to find the UKGC cracking down on them, unless they’re charging a cash entrance fee and dishing out cash as a prize to the people that call ‘House’.

Playing for Money or Cash Prizes

The reality is that organised bingo at bingo halls up and down the country requires people to buy tickets to play the various games. If they win a line, two lines, House or some other pattern that has been assigned by the organisers then they will either win a cash prize or else a prize that has a significant cash value. This makes it gambling and falls under the jurisdiction of the Gambling Commission.

Similarly, bingo rooms that can be found in online casinos or dedicated bingo websites are played for money and cash prizes, meaning that they are also a form of gambling. It is big business in the United Kingdom, which is why the UKGC regulates the industry and the government is able to make a not-insignificant amount of money from taxing bingo halls and online bingo parlours.

The confusion comes about because what people are playing for and where they’re playing tends to dictate whether it’s a form of gambling or not. It’s also why you need to be careful when you’re trying to play bingo for cash, working hard to ensure that you do so with a regulated website or company that has a licence to operate in the United Kingdom. This protects you as a player from nefarious individuals out to con.

Other Forms of Bingo 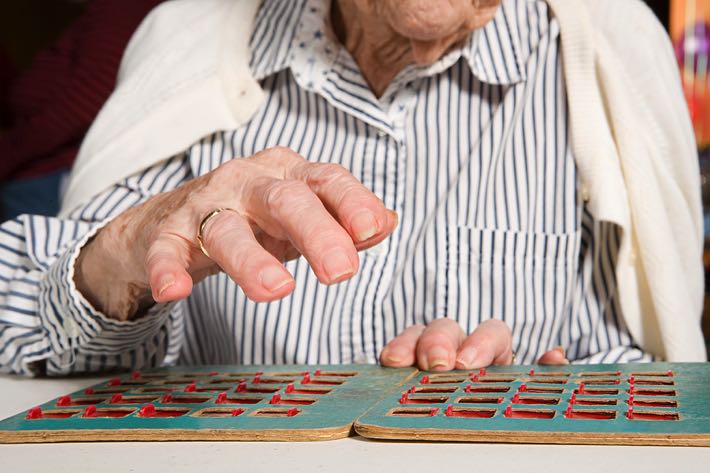 It’s not unheard of for the likes of retirement homes and churches to host games of bingo on a regular basis. It’s the latter that we’re interested in here, especially when you consider that religion and gambling aren’t obvious bedfellows. It’s why an advert for a poker night in the church hall might cause raised eyebrows and why churches don’t often promote live football and betting evenings.

Why is it that churches can promote a bingo night without so much as a quizzical look from the parishioners? If you wish to provide bingo as a form of entertainment then you need a licence to do so, so are churches falling foul of the laws by not doing that? The answer tends to come in the form of what the church is hosting its bingo night for. Is it so that Mildred can walk away with a £500 cash prize, or to let the church fix the roof?

More often than not, of course, it falls into the latter category and churches are looking to raise money in order to carry out any number of repairs that need to be done or for some other charitable reason. Churches often need to raise money for one reason or another, with the passing around of the donation plate on Easter Sunday rarely giving them enough money to do the good deeds that they wish to.

The joy of bingo, at least as far as churches are concerned, is that it’s a game that can be played by a virtually limitless number of people. On top of that, it’s not a difficult game to follow, meaning that people of all ages and abilities are able to take part in a hassle-free environment. The fact that it’s a game of chance means that it’s seen as being a level playing field, which is something that the church loves.

The laws on gambling are such that games of chance, which we’ve established bingo very much is, don’t need a licence to be operated if they are for charity. Indeed, a charity game of bingo requires little regulation of any sort, which is what makes it such an ideal choice for the likes of a church group. There are some rules that need to be obeyed, but not many and the main ones are as follows:

Other than that, the rules are thin on the ground. Even those aged under the age of 18 are allowed to take part, which is why churches are quick to turn to bingo as a money raising exercise. The question then becomes one of whether or not the church is turning a blind eye on gambling as an activity when it comes to gambling, simply as a way of justifying making money for good causes.

We’ve already established that bingo is a form of gambling, so the next question is whether or not it is a sin, given that the church treats gambling as such. The interesting thing is that the modern idea of gambling as a sin is just that – modern. The bible itself doesn’t say anything specific one way or the other on gambling, which might be somewhat surprising to some of you.

The bible is quick to talk about the likes of money being a sin, with the love of money being the ‘root of all kinds of evil’. The bible also warns that people should be on their guard about ‘all kinds of greed’, whilst those that gather money ‘little by little’ will make it grow. In other words, the bible doesn’t seem to think that getting lots of money is a good thing, even if it doesn’t specifically point to gambling as sinful.

This, it seems, is how many churches and parishioners are able to justify bingo as a way of raising money for good causes. They are not attempting to win lots of money or coveting wealth for personal gain, instead using gambling for a good cause. It’s why some in the church will consider gambling to be sinful but others would say that certain forms of it are ok if it’s being used for good rather than evil. 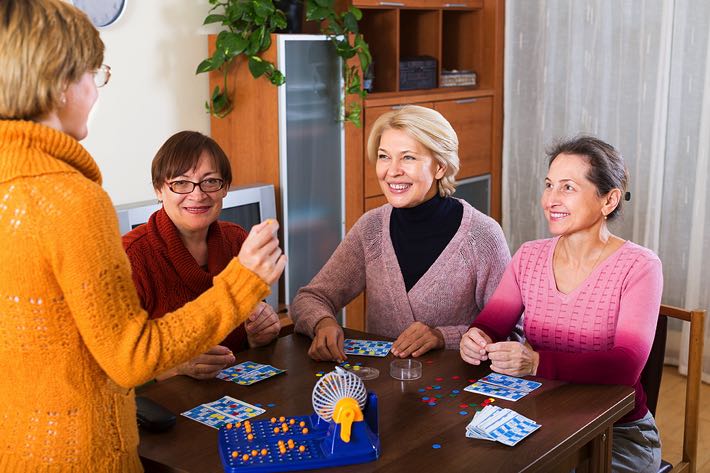 For many, bingo doesn’t really feel like gambling. The typical idea of the sort of person that you’d find in a bingo hall is a little old lady with a purple rinse. That, of course, is an old-fashioned stereotype and one that bingo companies up and down the country have worked hard to move away from. There are countless companies that have turned bingo into a young person’s game, with the likes of Bongo’s Bingo popular in such circles.

There is also the fact that bingo is a very social game that lends itself to the idea of it being less of a full-on gambling pastime. It is typically thought of as being cheap, light-hearted and fun, giving the picture of being an event that would be suitable in a church or a village hall. Whilst there are many different ways in which this isn’t actually true, it’s the perception that matters most to certain people.

On the one hand, we know that bingo is definitely a form of gambling. The Gambling Commission legislates on it and licences it, with the Gambling Act of 2005 specifically name-checking it. It is a way of winning money if the balls come out in the order that matches your card, meaning that any hopes of pretending it’s not really gambling are dashed as soon as you see the associated prize money you can win.

On the other hand, though, it doesn’t have to be gambling. It can be played at home, in retirement villages or in churches for very little money or even no prize whatsoever, so it’s hardly a surprise that people get confused about whether it’s actually gambling. It is, but if you wanted to opt for a softer viewpoint on it then you would be able to justify not thinking of it as gambling if you wanted to, which is why it is the most confusing form of gambling that there is.