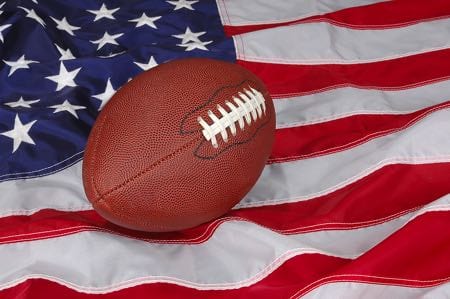 The Super Bowl is one of the most watched sporting events in the world, with only the UEFA Champions League final having more viewers than it in a normal sporting year. Though it has become more and more popular outside the United States of America, it is in its native country where it gains most of its viewers. Americans see the Super Bowl as an event, with more food consumed on that one day than any day other than Thanksgiving.

For those that don’t understand American football, however, it can seem like an entirely bizarre experience. How do the two teams that take part in the Super Bowl get chosen, for example? In essence, it is a match that pits the winners of the National Football Conference up against the winners of the American Football Conference, which are the two divisions of the National Football League in America.

A Brief History of the NFL

For many years after its formation, the National Football League was the main division of American football. Numerous rivals were created and effectively sent packing by the NFL, such was the popularity of the league. All of that changed when the American Football League was formed in 1959, thanks largely to the fact that the owners of the teams had deep pockets and were able to cope with the losses involved in taking on the NFL.

When opening day arrived in 1960, the AFL had eight franchises, which were the Boston Patriots, the Buffalo Bills, the New York City Titans, the Houston Oilers, the Denver Broncos, the Dallas Texans, the Oakland Raiders and the Los Angeles Chargers.

Soon, a tit-for-tat battle between the two divisions over the signings of players. In the end, the NFL realised that it couldn’t afford to do battle with the AFL and so approached the organisation about a possible merger. An agreement to bring the two divisions together was signed on June of 1966, with the merger confirming that the two leagues would combine to make one large league, which had 28 teams by 1970.

As part of the merger agreement, a ‘common draft’ was decided upon, which would stop the two leagues from having to outspend each other in order to attract the best college players. The leagues would hold their own regular seasons, with an AFL-NFL World Championship Game played at the end of the normal season. This game eventually became known as the Super Bowl. 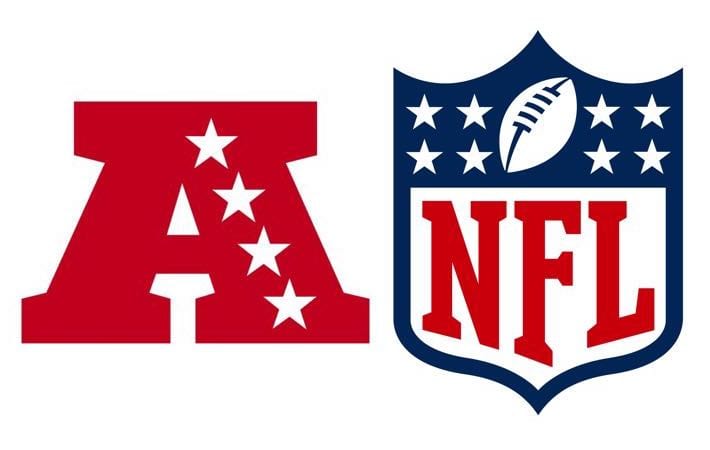 The two leagues officially merged in 1970 and became known as the National Football League, with the history and records of the American Football League incorporated into the new-look organisation. The new league had two conferences, with the same number of teams in each. The Baltimore Colts, the Cleveland Browns and the Pittsburgh Steelers agreed to join the AFL, meaning that each conference had 13 teams in them.

As a result, the American Football Conference was made up of the following teams:

Whereas the likes of the Premier League sees the team that has won the most points over the course of the season declared champions, things work slightly differently when it comes to American football. At the end of the regular season, during which time teams compete to earn the superior win-loss record, the teams that have the best records move into the Play-Offs.

Things are made slightly more complicated on account of the fact that the two conferences are split up into four divisions. The AFC has an AFC South, AFC North, AFC East and AFC West, whilst the NFC has the NFC North, NFC South, NFC East and NFC West. This means that there are effectively four teams from each conference that are well-placed to make the Super Bowl at the end of the season.

Play-Offs Determines Who Plays in the Super Bowl

At the end of the Divisional round, there are two teams left in each conference. They go up against each other to decide which team will progress to the Super Bowl as the representatives of their conference. The winning team is crowned the champions of the American Football Conference or the National Football Conference, whilst also progressing to the Super Bowl itself.