Gamesys are one of the most intriguing brands in the online gaming sector at the minute, and for all the right reasons, too. The company was founded in 2001 by Noel Hayden and are still based out of London, although they now have offices situated around the world. So, why are they so intriguing I hear you ask?

Well, many think of Gamesys as a fairly small software operator and to be fair, we can’t argue with that in terms of the number of games that they provide. However, it’s very much a case of quality over quantity with a company like Gamesys, and they are far, far bigger than most people realise.

For example, the company employs over 900 people around the world and currently, there are over 40 million users of their software. In 2012 wagering was over $6.4 billion (£5.5 Billion) across the group, and whilst we know this includes casino games as well, their two biggest brands are that of Virgin Games and Jackpot Joy, both huge for online bingo games.

We are the first to admit that the range of bingo games on offer isn’t huge. We stated earlier that they don’t have a sprawling catalogue of games with the majority of what they do have being 90 and 75 ball variants. But, once again, it’s quality over quantity and we truly feel they have some of the best bingo games of any network.

The reason for this is that not only do they included several branded games, but pretty much every game that they have designed has special bonus rounds, which adds an extra layer of depth to what can become a pretty monotonous game type, otherwise. 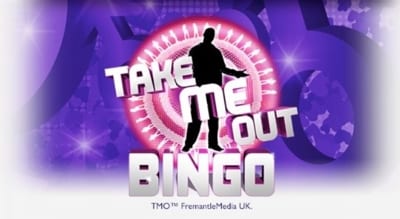 The Take Me Out game is based on the successful UK TV program hosted by Paddy McGuiness. It’s essentially a 75 ball bingo game, but with that comes additional games, with the most popular being the chance to actually play the Take Me Out ‘No Likey, No Lighty’ game. As you work through the bingo game there will be a host of girls whom you have to impress. The more lights you can keep on at the end of the game the more free tickets you can win. If you manage to keep on 18 or more lights whilst you play you get to win the progressive jackpot that’s on offer, which regularly crosses the six-figure mark, sometimes on a daily basis. 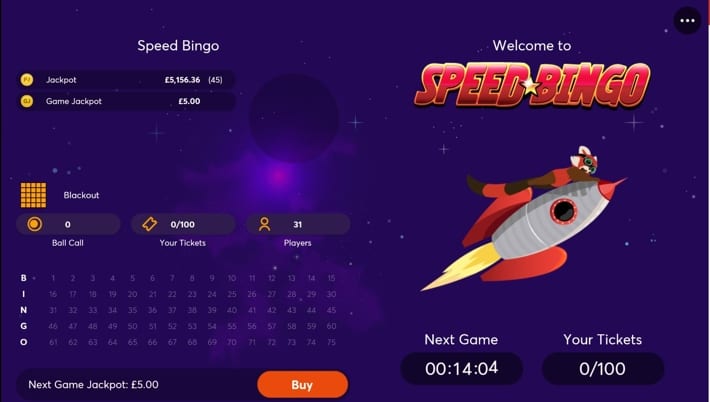 Next up, we have to mention the Speed Bingo game which is quickly becoming one of the most popular games that Gamesys have ever developed. The concept is pretty simple; you buy your tickets, play the 75 ball bingo game, and each game will last no longer than 30 seconds. After the game has finished you are thrown into another game straight away and work through the same process. If you enjoy the energy of fast paced games then this is the one for you.

We couldn’t leave this section without mentioning the Bingo Royale game, which to us looks like it’s loosely based around Barbara Windsor, who was the face (or Queen of Bingo) of Jackpot Joy for many years. The foundation of the game is a pretty standard 90 ball offering, but as you work your way though you are going to be able to earn more than just the standard sorts of prizes. If the Queen is still in her palace at the end of the game then you are going to be in with a chance of winning part of the jackpot. The Queen will allow you to match up 5 more balls in your game and gives you the chance to win even more prizes.

The side game selection at Gamesys is fairly varied, with most games allowing you to choose between slots, casino games (table games) and instant win games (scratchcards etc).

As the company already produce casino games, it means these titles are all of a really high standard, so it’s not as if they have just been added as an afterthought as some developers do. Granted, some have been edited and diluted a little in terms of features, mainly down to having to cram them into a smaller screen, but they still function as they would if you were playing them in the casino itself.

The majority of the sites featured games will be linked to the progressive jackpot games in some way. What’s pretty neat is that with most you can choose to play the standard game or contribute towards the jackpot, so the ball is in your court.

The likes of Take Me Out, Game Show Bingo, Bingo Royale, and even Speed Bingo all link to their own jackpots. As these played across large networks, the jackpots can become very lucrative indeed, although not necessarily the biggest that we have come across in the industry. 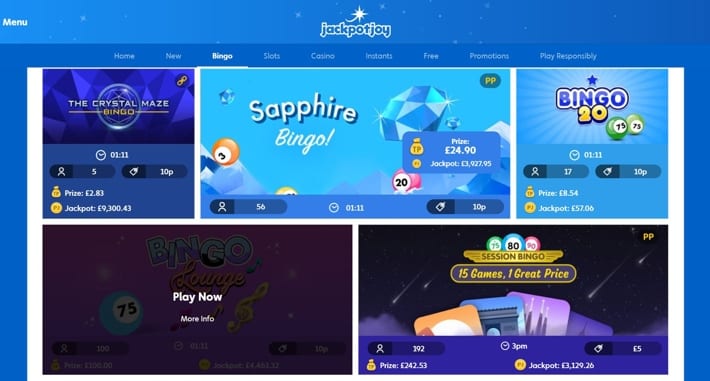 Gamesys first crept on to the scene in 2001, and since then they haven’t looked back. The company were set up in London and have set up camp at several different offices over the years due to the rate at which they expanded. They kicked things off with the launch of Jackpot Joy and this has remained their flagship brand. By 2004 the company had already taken over 100 million wagers, signaling just how rapid their expansion had been.

One of the company’s most exciting collaborations has been with the social media giants, Facebook. Gamesys and Facebook teamed up to create one of the first online real money gaming applications to run within the Facebook platform, and with this came massive amounts exposure for Gamesys.

In the present day, the company are still moving forward with new innovative designs, with one of their most exciting deals seeing them become the first company to launch online bingo in the US since the fallout over the UIGEA back in 2006.